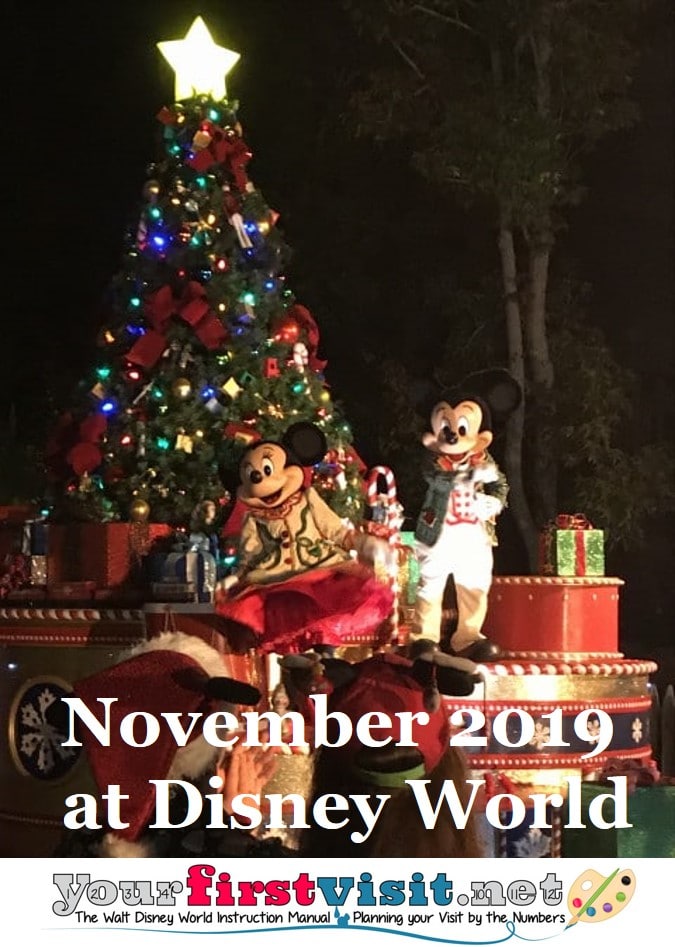 Mid-November has some of the best times of the year to visit Disney World, with cooler weather, low crowds, low prices, and fun special events.

Note also that picking the right park to visit each day is critical at this time of the year. See this, and use the comment form below to ask me about your specific dates!

November 2019 Disney World ticket prices are higher to average early in the month, lower to average in the middle of the month, and then higher again when eligible use dates include Thanksgiving week. 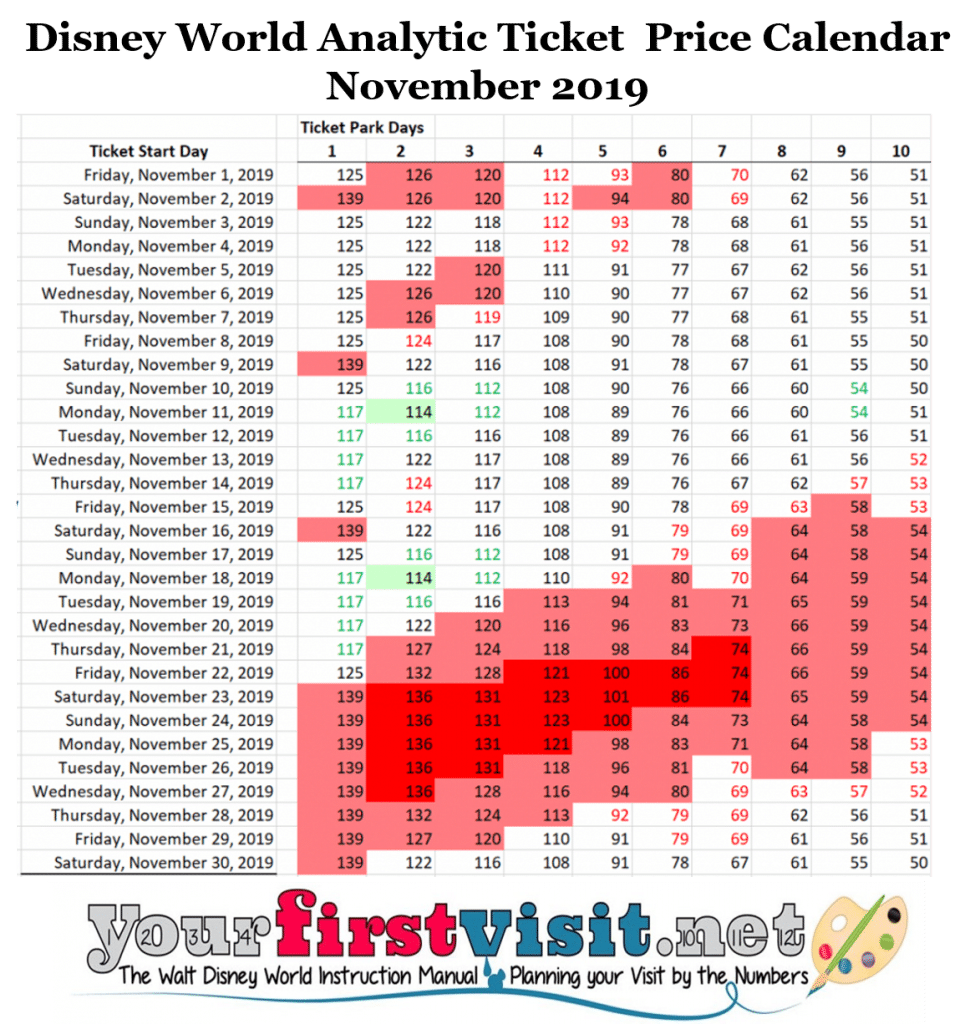 Deals for the general public are available for November 2019. Find them here.

Early November weather can be about as good as Orlando gets. Over the course of the month, lower and much more variable temperatures emerge.  Days can be perfect or quite cool.

The 2019 Mickey’s Very Merry Christmas Party kicks off on November 8 and has many dates during the rest of the month–except for Thanksgiving week.

The 2019 Epcot International Food and Wine Festival continues until November 23.

Disney World’s Christmas program will begin November 8  at Magic Kingdom and at Disney’s Hollywood Studios. Epcot’s Festival of the Holidays will complete the program when it kicks off November 29.

Park operating hours can vary by the day, and sometimes change without notice. It is rare for hours to be shorter than Disney has publicized, but Disney may lengthen them in response to unanticipated crowds.

The week rankings that follow are from my 2019 weeks to visit, ranked in order, updated in April 2019, and are designed for first-time visitors who do not know whether or not they will return. 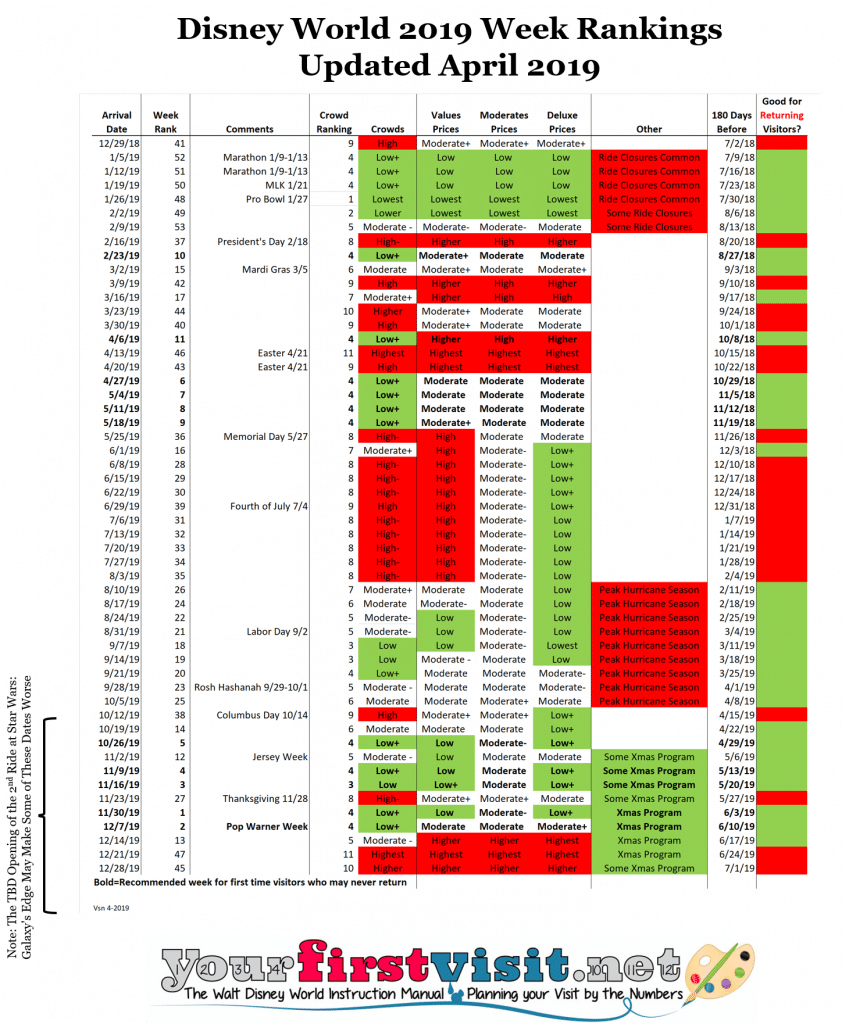 10/26/2019 Low to moderate resort prices. Low+ crowds. Crowd ranking=4. Week ranking=5. Recommended week. Use the Extra Extra Magic Hours Itinerary (published 6/24; dining remains the same as the previously recommended itinerary) but change the plans (and To-Do Lists) for the two Sundays based on the material on this page.

11/16/2019 Low to  moderate resort prices. Low crowds, worse at the end of the week, better early in the week. Crowd ranking=3. Week ranking=3. Recommended week. Use the Higher Crowd Itinerary to manage the crowd risks of  Galaxy’s Edge