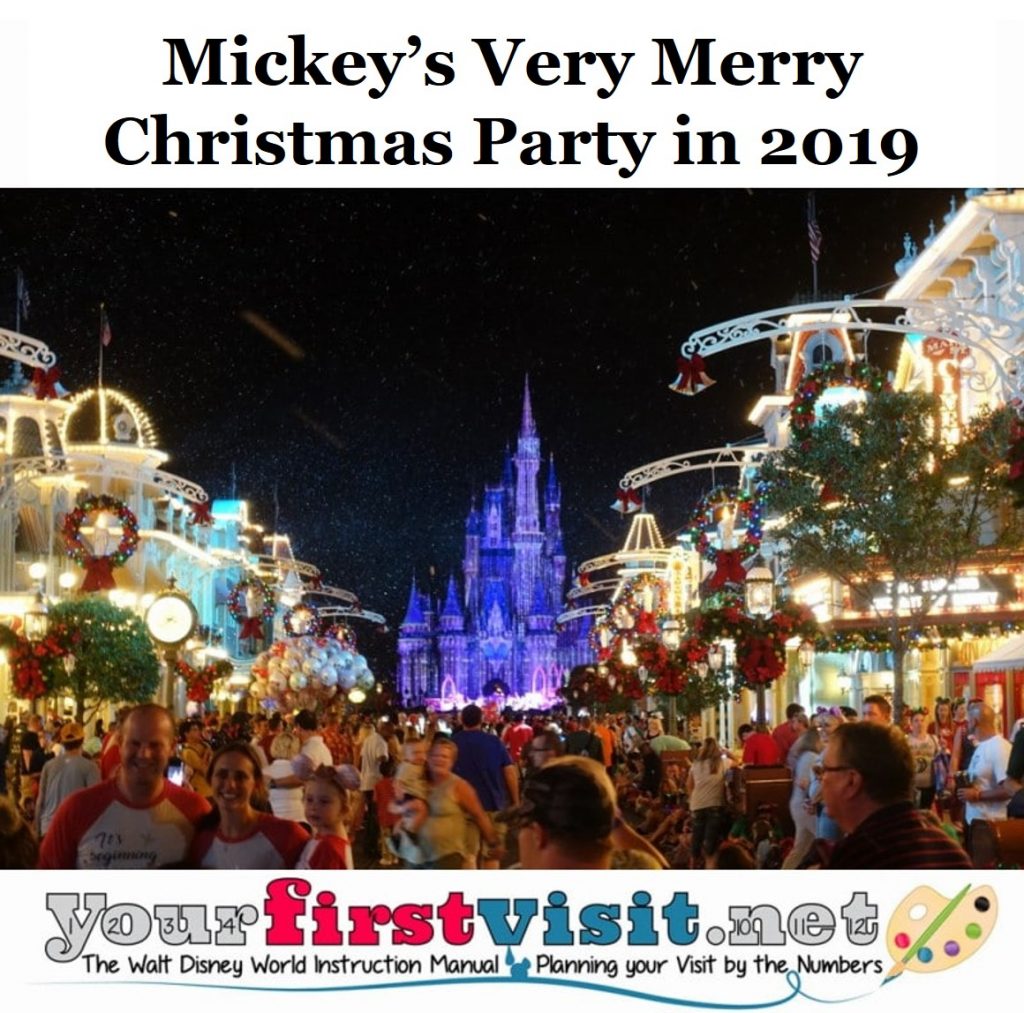 While Christmas itself is December 25 of course, Walt Disney World provides a special Christmas celebration at the Magic Kingdom many nights in November and December.

This celebration is called Mickey’s Very Merry Christmas Party, or MVMCP for short.

At the party, many of the Magic Kingdom’s rides are open with low waits, and cookies and hot chocolate, special events, a Christmas parade, special fireworks, and even snow (!) are offered.

The official Disney World page for this event (where you can also buy tickets) can be found here. For a review of the 2018 version of MVMCP, see this.

This party occurs from 7p-12MN on certain evenings at the Magic Kingdom in November and December.

The 2019 dates for Mickey’s Very Merry Christmas Party are as follows:

With one exception, this is exactly the same pattern we’ve seen for years now.

The exception is Sunday December 22.  In the past, the last party has been the Friday before Christmas week. Having a party happen during the wildly crowded Christmas week period is a mistake–it means that the other three parks will be even more overburdened on December 22. 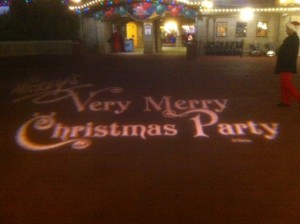 You need to buy a special ticket for this party. This ticket is different from regular Walt Disney World park admission tickets. 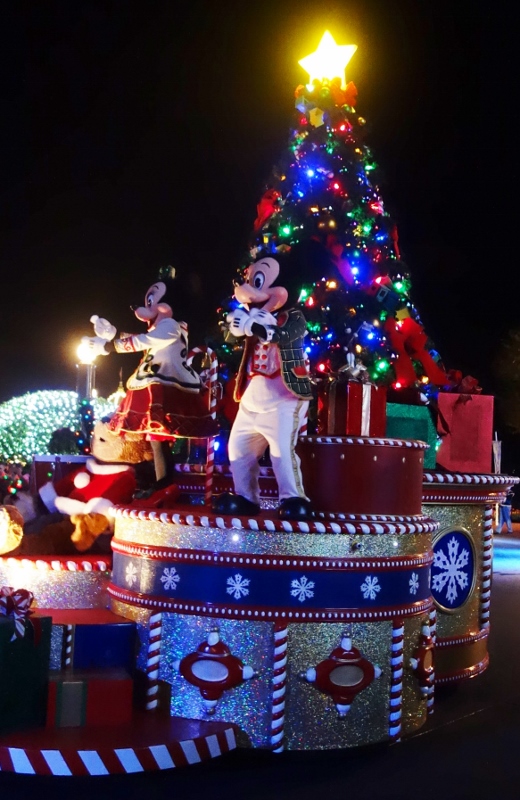 The party tickets are expensive, so why would first-time visitors be interested? A couple of potential reasons

Many families go the first time for one of these reasons…and then going becomes a tradition!

On the other hand, families following one of the standard 8-night itineraries on this site will see the fireworks and evening parade, and have plenty of time at the Magic Kingdom. For that reason, Mickey’s Very Merry Christmas Party is not designed into this site’s pre-Thanksgiving itineraries.

It is, however, built in to this site’s Christmas-oriented Basic Itinerary, which works for the three weeks beginning the Saturday after Thanksgiving.

For details on what the party offers, suggested approaches, etc., see this!

Here’s the 2018 party brochure–as always on this site, click to enlarge: 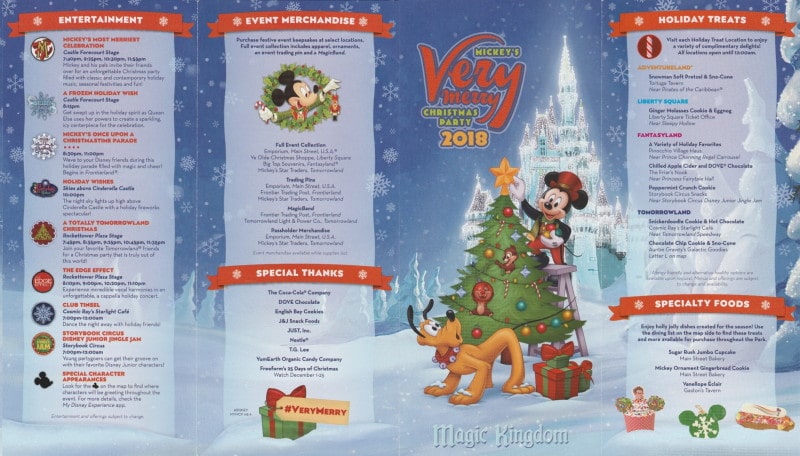 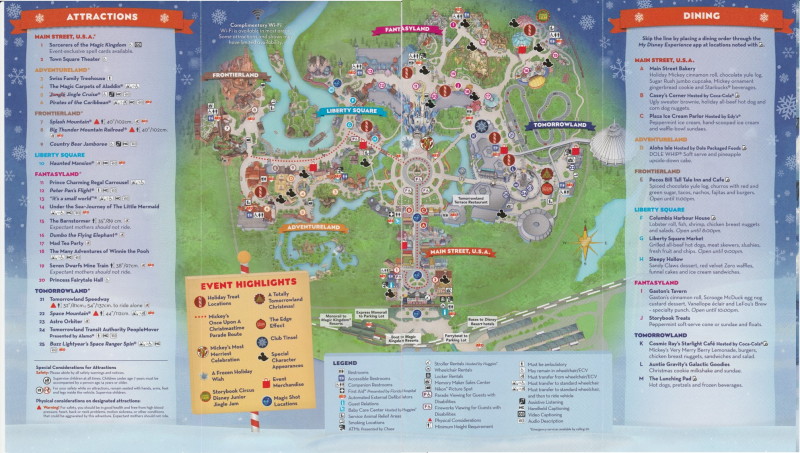