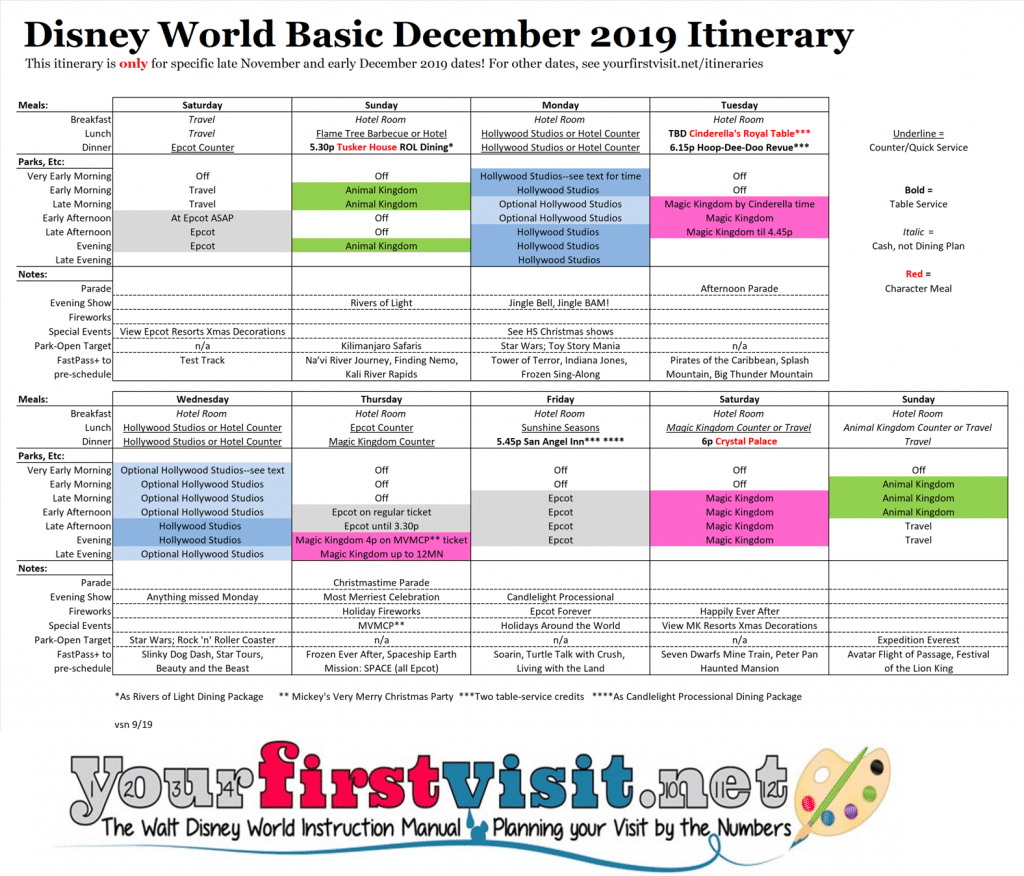 This Walt Disney World itinerary is designed for the three weeks following Thanksgiving 2019.

If you aren’t going one of those weeks, see Other Itineraries for alternatives the rest of the year, which are published about six months ahead.

A detailed  To-Do List covers all the planning steps you need to undertake now. And you can find links to daily touring plans next.

The basic December itinerary was designed to meet several goals: to ensure that you

The 2019 version differs from previous ones in a couple of ways:

If you can’t do the dates required for the Basic Itinerary, see Other Itineraries for alternatives for both the December week and the rest of the year.