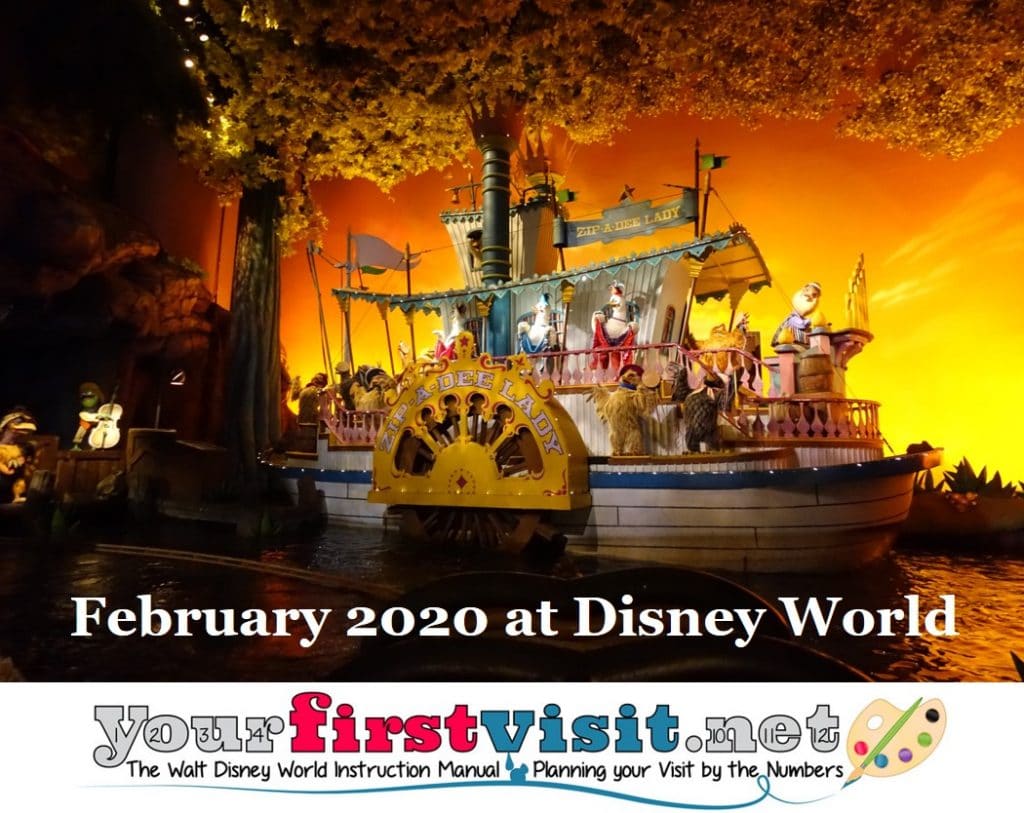 Early February 2020 will have some of the lowest crowds and prices of the year, but also the risk of ride closures.

The very end of the month brings slightly higher prices and crowds, but better weather and few closures.

In between–in 2020 the period from Thursday the 13th of February through Saturday the 22nd–we will see high crowds and high prices.

Earlier February typically is among the lowest crowd periods of the year.

From a combination of a dance competition, President’s Day (many northeastern school weeks have the whole week off), and a running event, 2020 Disney World February crowds will be high from Thursday the 13th through Saturday the 22nd

Crowds will settle down after the 22nd to low+ levels.

Hotel prices begin February 2020 at their lowest levels of the year, go 2/13 up for Presidents day, then go to moderate levels on 2/23

February 2020 Disney World ticket prices have mixed patterns in February 2020, but are generally low early in the month, average to high in the middle, and a mix of average and low later in the month. 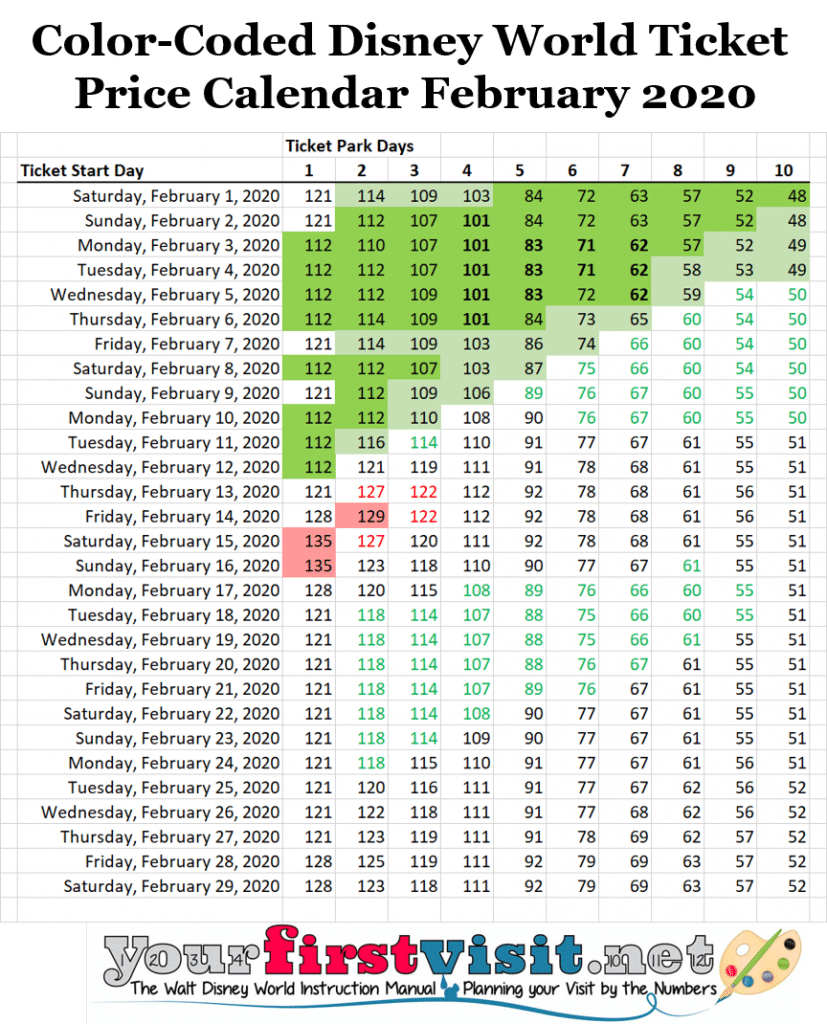 Deals for the general public are available for February 2020. You can find them here.

Typical temperatures warm up over the course of the month, but variability remains high.

Cold or rainy days—not uncommon—are great for first time visitors, as they reduce the crowds in the parks and make the rides easier to see with low waits.

Returning visitors looking for good days to lounge around the pool should not count on many.

Tornadoes can be an issue during this period.  See this.

The Epcot International Festival of the Arts will continue through February 24. It will add to World Showcase crowds in Epcot, especially on the weekends. 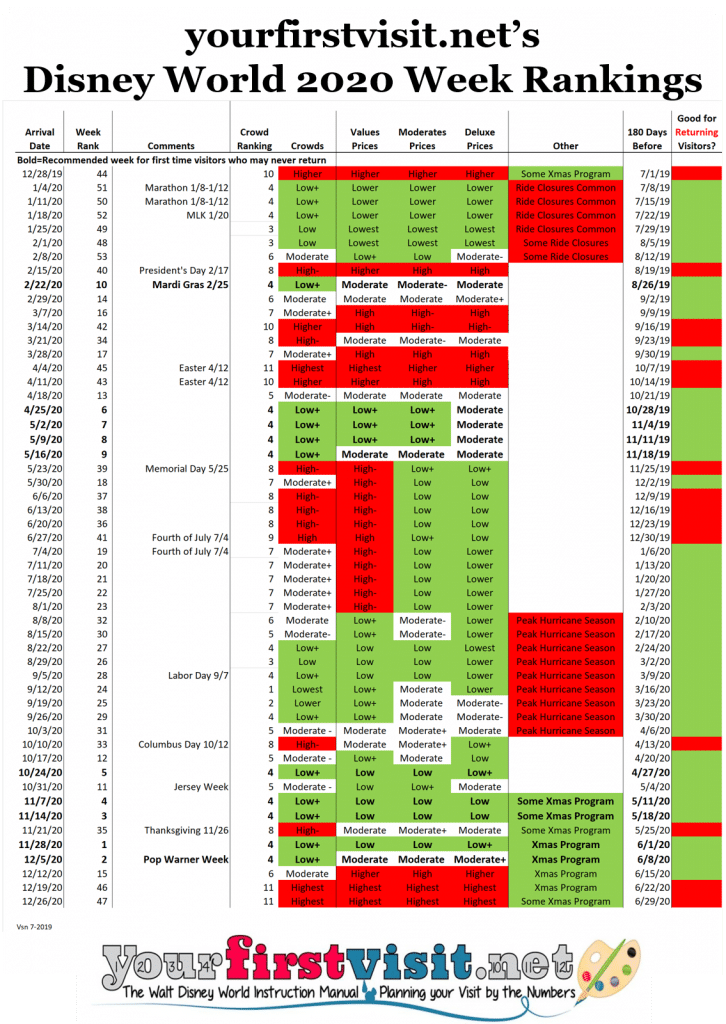