A Friday Visit With Jim Korkis: The Fireplace at Disney’s Wilderness Lodge 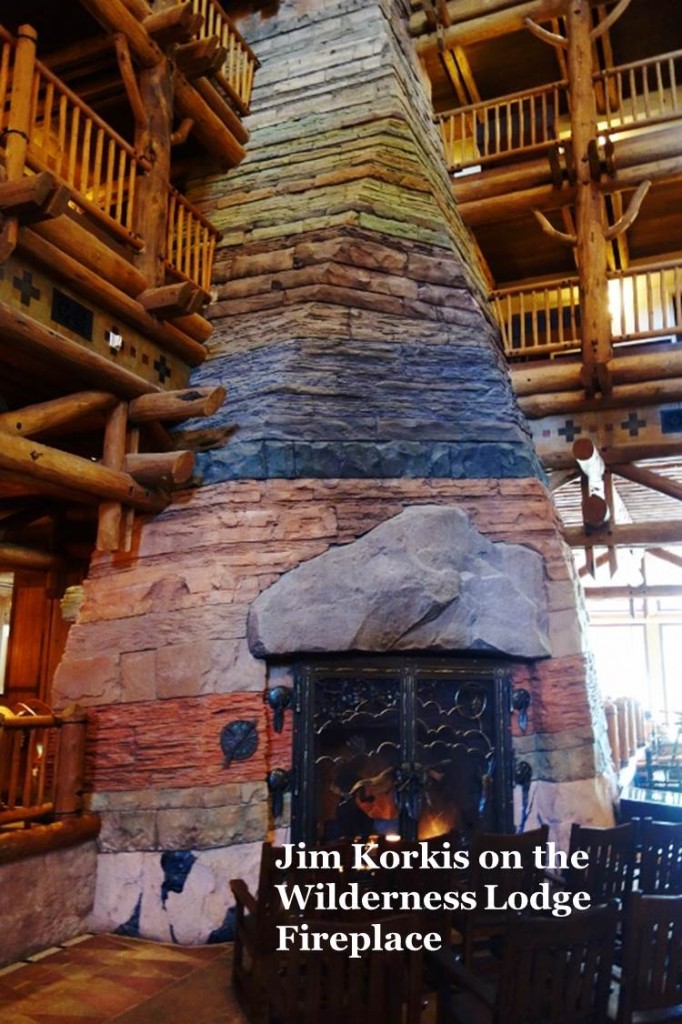 THE FIREPLACE AT DISNEY’S WILDERNESS LODGE 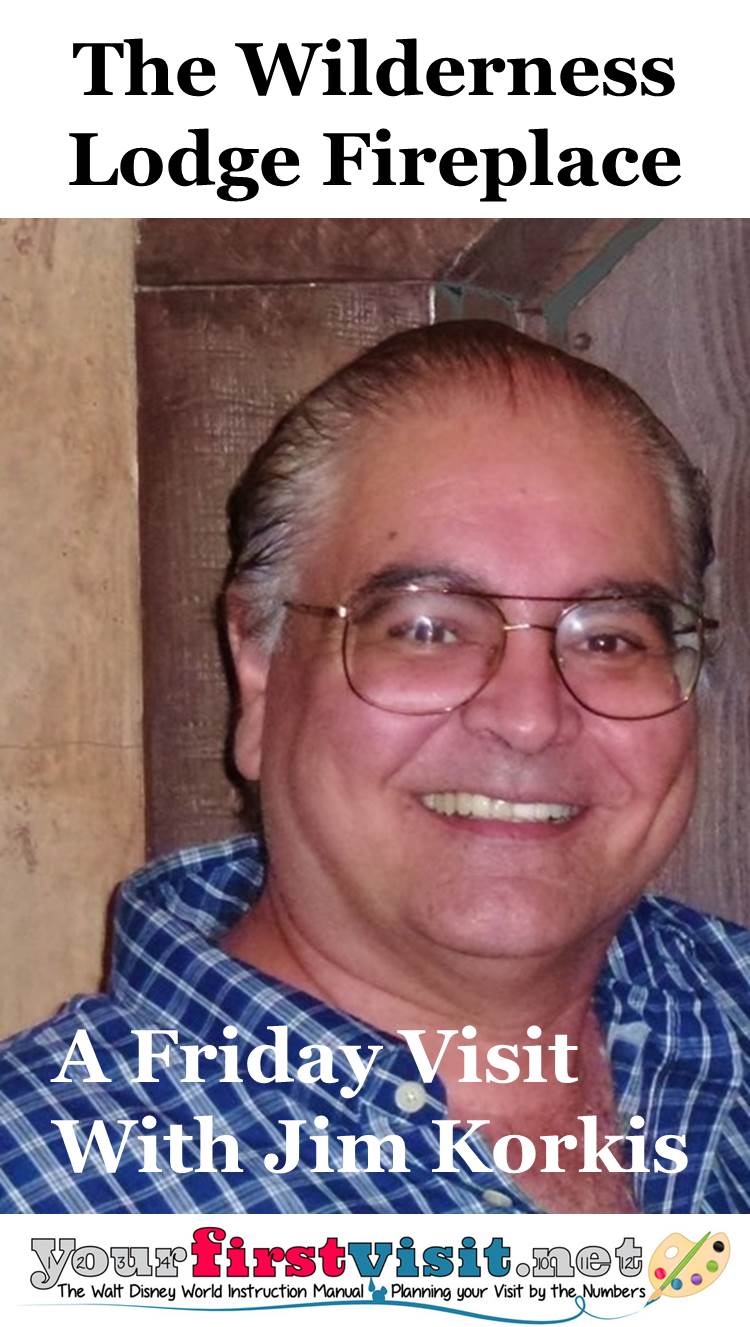 Visitors in the lobby of the Disney’s Wilderness Lodge can glimpse over 1.6 billion years of history depicted on the majestic fireplace in the corner.

But the WDW Imagineers went for a more dramatic storytelling version for the Wilderness Lodge.

The fireplace is an intricate 82 foot high replica of the Grand Canyon’s South Rim strata. As you ascend the levels of the lobby, you travel upward to modern times. 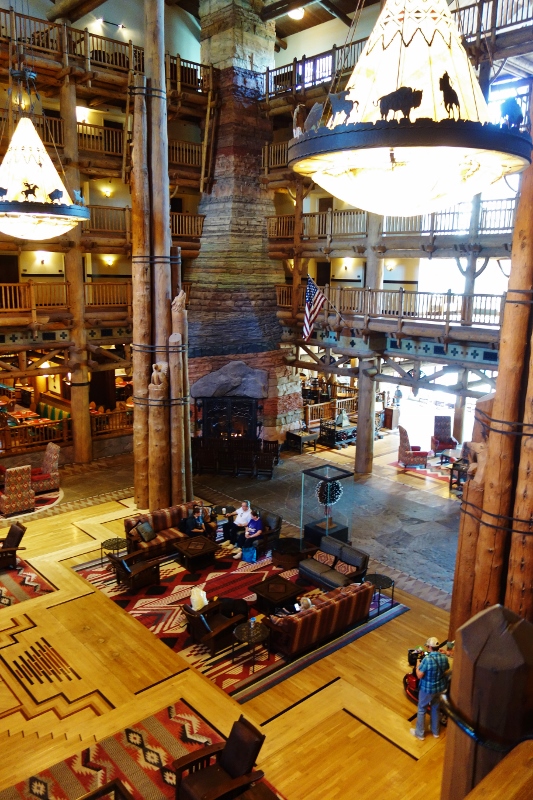 To see evidence of the first creatures to squirm over and under the surface of the earth, guests should go to the Wilderness Lodge’s fourth floor and search the layers of Tapeats Sandstone for worm borrows and trilobite trails.

Disney sent paleontologist (and artist) Robert Reid to study the actual walls of the Grand Canyon.

His studies were reproduced in a detailed book that was used to help contractors create the fireplace replete with a kaleidoscope of colors, rocks and fossils—many of which are real.

Some of the fossils of prehistoric plant and animal life are several hundred millions years old and are carefully embedded in the correct stratus for a historically accurate view. They pre-date the dinosaur era. 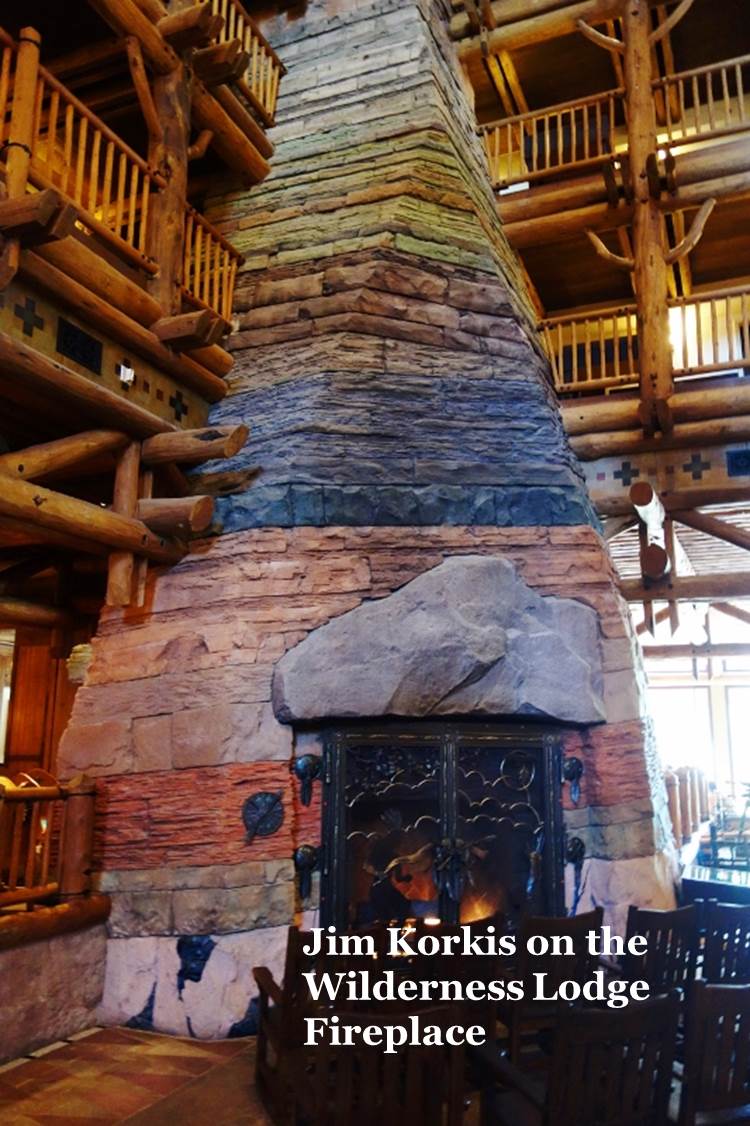 Over 100 colors in hues of green, magenta, buff, red, black and brown are visible. From the Vishnu Schist to Bass Limestone to Tapeats Sandstone to the Redwall and Temple Butte Limestone and finally ending with Kaibab Limestone and Toroweap Formation, the fireplace represents the 1.6 billion years of the time it took for the layers of rock to form.

The variations are recreated in the same proportions as those that appear in the real Grand Canyon that range from 50 to 700 feet thick.

Samples of elements from each strata are housed in glass display cases near the fireplace on each floor level. These displays describe the epoch that section of the fireplace rock represented.

One of the things that does not exist in the real Grand Canyon is a Hidden Mickey but one does exist in the Wilderness Lodge fireplace. 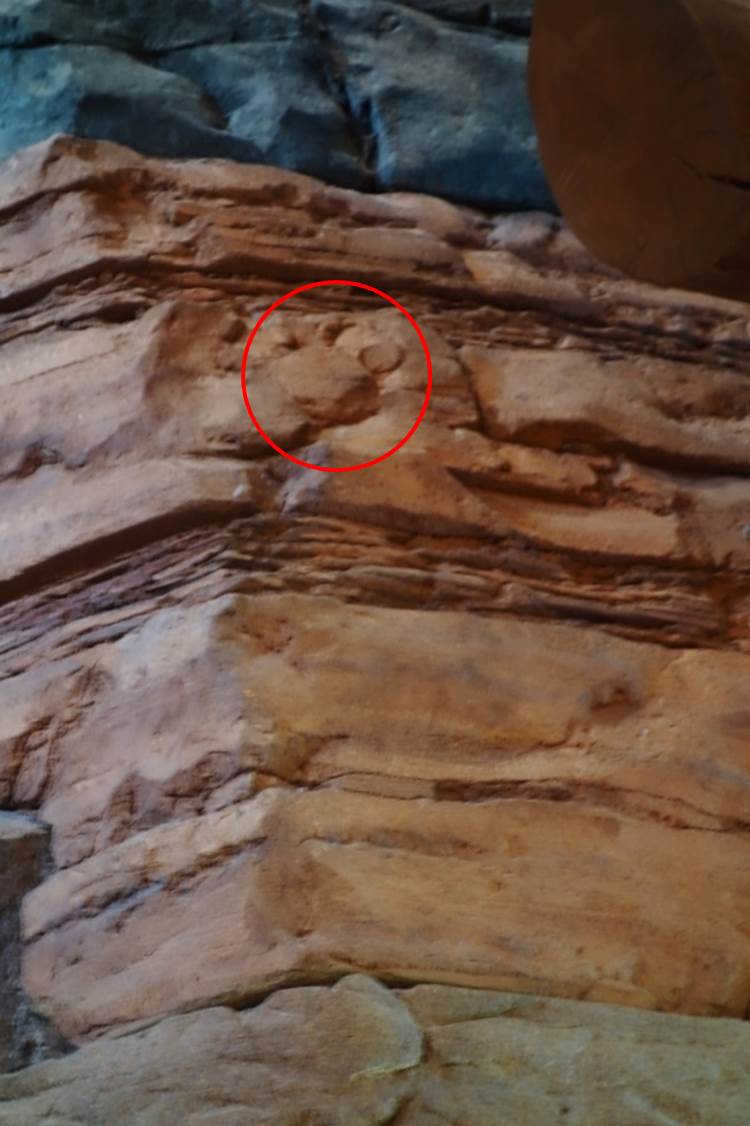 Directly facing the fireplace, on the right hand side of the three-sided fireplace where a lodgepole is jutting out before the next floor and in the reddish rock is the famous three circled Mickey Mouse head.

At the Guest Services front desk, guests can get a riddle clue sheet to help them locate the over two dozen Hidden Mickeys at the Wilderness Lodge Resort.

By the way, the Wilderness Lodge fireplace is a real working fireplace. Originally, it burned wood, which caused several challenges over the early years, including raising the humidity level in the lobby that led to cracking the wood used in the massive totem poles.

It was converted to a gas burning fireplace for a number of reasons including the fact that gas is safer and can be more easily controlled.

Thanks, Jim! For more on the Wilderness Lodge, see this. And come back next Friday for more from Jim Korkis.

In the meantime, check out his books, including The Vault of Walt

previous post Next Week (May 23 Through May 31, 2015) at Walt Disney World
next post The Themed Areas at Disney's All-Star Movies Resort
Cancel