Coming the rest of the Fridays this month from Jim will be a little-known movie influence on Main Street USA; some Muppetry in the history of Mama Melrose; and an appreciation of Peter Dominick. 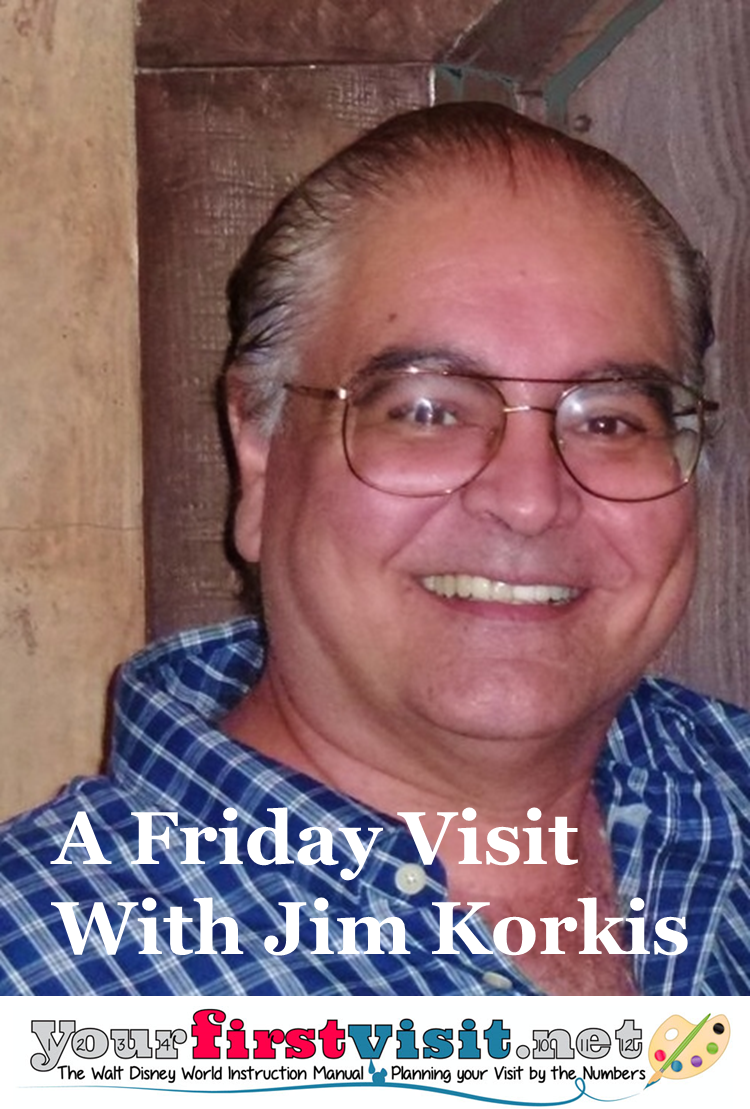 My name is Jim Korkis and every Friday from now on I will be writing a column here on yourfirstvisit.net entitled “A Friday Visit With Jim Korkis.”

Every Friday I’ll be sharing information about Walt Disney World that I hope will enhance the visits of both first-timers and seasoned travelers.

Here’s a little bit about me: 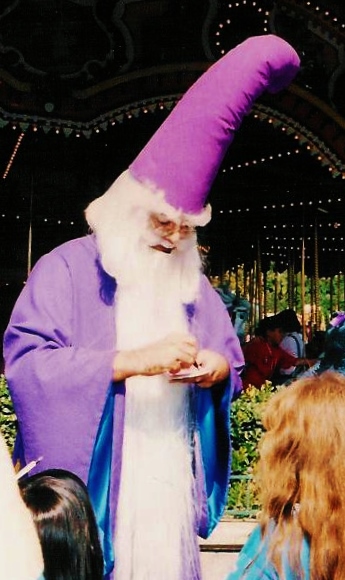 Jim Korkis as Merlin at Fantasyland

So, all of this puffery is to assure you that when I write about Walt Disney World, including things you may never have heard before, that I have a very solid and unique background.

In 2009, along with thousands of other WDW cast members, I was laid off. I am still on good terms with the company and do freelance work including writing a quarterly column on Disney history for Disney Files magazine produced for members of the Disney Vacation Club as well as still contributing to special projects like a video I wrote and narrated about Walt’s love of steam trains.

In the last five years, I have written seven books on Disney history including three volumes of The Vault of Walt

, Who’s the Leader of the Club?: Walt Disney’s Leadership Lessons

These books were all published by Theme Park Press and are available on Amazon in both paperback and Kindle versions. I also wrote the “Jim’s Gems” parts of The easy Guide to Your First Walt Disney World Visit. I am currently working on another Disney related book.

I hope all of this has intrigued you to come back next Friday and every Friday after that to hear some interesting stories about Walt Disney World and things that you may have missed even if you are a frequent Disney World guest!