What we now know as Port Orleans Riverside opened as Disney’s Dixie Landings Resort on February 2, 1992, themed to the Antebellum South of steamboat travel, formal garden parties, mint juleps on the front porch and more.

It was inspired by rural Louisiana and nestled alongside the picturesque Sassagoula River (using the Native American term for the Mississippi).

In 2001, to try to eliminate the negative connotations associated with the Old South, including a cotton mill that suggested the slavery of the pre-Civil War era as well as the word “Dixie” itself, the resort was formally merged into Disney’s Port Orleans resort to become Port Orleans Riverside.

When it first opened, Disney’s Port Orleans Resort had a faux newspaper called “The Sassagoula Sentinel” referring to the man-made river that flowed outside. When Dixie Landings opened about a year later, it also had a newspaper, “The Sassagoula Times” (supposedly originally printed in 1893 and costing five cents, but given free to guests).

These newspapers detailed guest information but were also filled with stories that were a mixture of authentic history mixed with fanciful but logical additions from Walt Disney Imagineering.

According to stories in the original issue of “The Sassagoula Times”, Dixie Landings was founded by a pair of brothers from Port Orleans. Colonel J.C. Peace and his brother Everette came upriver to make their own home away from the hustle and bustle of the city.

Everette, the recluse of the family who often spent days on end whittling small carvings with a remarkable degree of detail, settled on a remote island in 1835 in the heart of what later became known as Alligator Bayou, to live the life of a hermit. Legends arose about this Old Man Island and its odd inhabitant.

Everette’s younger brother, Jonathon, who was an honorary colonel like Colonel Sanders of KFC fame, was much more outgoing.

He constructed a stately home known as Acadian House. Neighbors would pay visits on one another regularly, the cotton trade brought numerous business guests, and steamboats along the vital Sassagoula accounted for a steady stream of visitors from across the country. 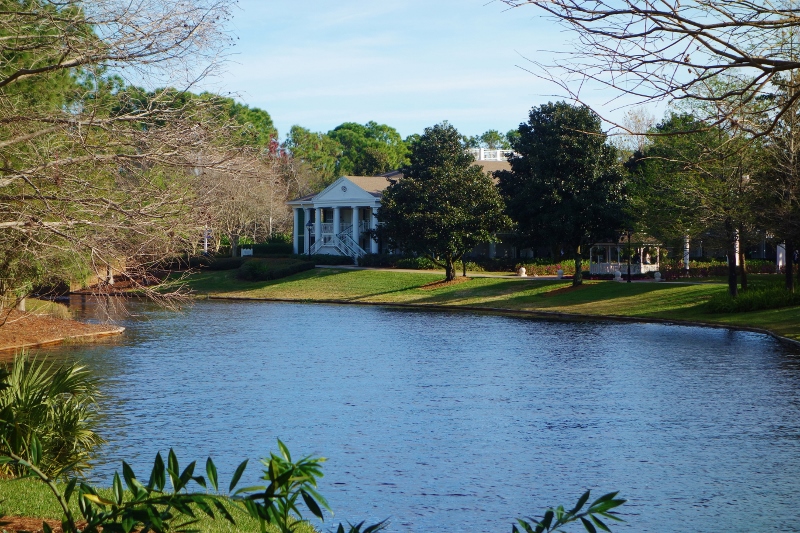 Before long, a community of stately Southern mansions arose in this tranquil part of the Sassagoula, called Magnolia Bend.

Over the years, Jonathon had heard tall tales of the mysterious Old Man living on Old Man Island but dismissed them as legend. One day, his granddaughter, Susie, came running to him with a beautifully carved wooden bird in her hand. She told stories of the funny old man who gave it to her as a gift.

Turning over the rustic artistic treasure, he could barely make out the tiny letters carved into the base: “Everette Peace, 1857”.

Immediately, the Colonel made his way out to the island loudly shouting his older brother’s name. The two embraced warmly. Despite Jonathon’s offer to come live with him, Everette had no desire to leave his little island. Jonathon continued to visit his brother many nights there to reminisce until their deaths.

Thanks, Jim! Meet Jim (and me and Josh) April 20! And for more on Disney’s Port Orleans Riverside Resort and its theming, see this. 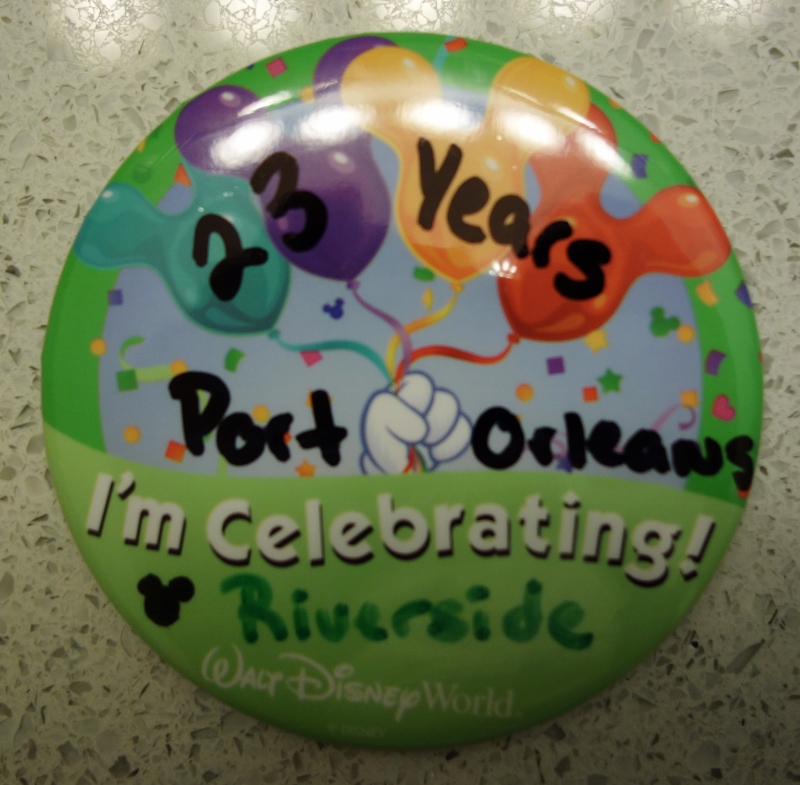 I happened to be staying at Port Orleans Riverside in February on its 23rd birthday, and a cast member gave me this button!

Come back next Friday for more from Jim Korkis! In the meantime, check out his books, including The Vault of Walt