The Tightwad’s Guide to How to Eat at Walt Disney World, Continued

This is the second page on this topic.  For the first page, click here.

GOING TO HESS, ESPECIALLY FOR BEER AND SNACKS 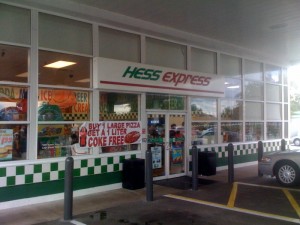 Even well-stocked Disney stores have a very limited selection. Moreover, as noted above, beer and smokes will kill your budget.

So the answer—especially if you are looking for beer and smokes—Mickey would not approve, but Donald would—is to find your way to getting at least some of your supplies outside of your resort.

There are three Hess stores on property—one of which is accessible to all Disney World resort guests, and another to those staying at a deluxe Epcot resort.

Hess isn’t going to solve “food” problems—e.g. you can get bread there, but not butter—but is great for snacks and other convenience store items.

Note also that you can’t get hard liquor in the Hess stores noted below—for these you’ll need to find your way to one of the two grocery stores listed after them, each of which is accompanied by a liquor store. Hard liquor savings can repay the cost of a cab.

Two of these Hess stores are easily reachable to Walt Disney World resort hotel guests without cars—one near the BoardWalk Inn, best for those at one of the Epcot deluxe resorts, and one near Downtown Disney, best for everyone else. 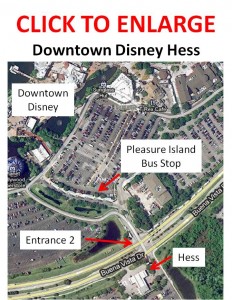 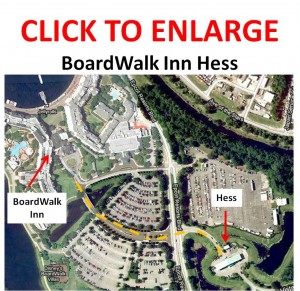 There’s another Hess, near the BoardWalk Inn, which is convenient to the Epcot deluxe resorts.

GETTING TO NEARBY FULL-LINE GROCERY AND LIQUOR STORES BY CAR

Getting to a grocery store requires a rental car or a cab.

Cab fare can kill your food savings…unless you are buying a reasonable pile of hard liquor (both of the stores below are adjacent to liquor stores…it’s like I picked them for that reason…). Ask you bell service what a cab would cost, and make your own decision.

(Note that there are other perfectly good grocery stores nearby—I pick these two only because they are (relatively) simple to get to, adjacent to liquor stores, and simple to get back from.) 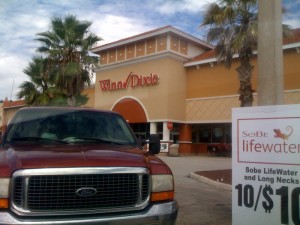 To get to Winn-Dixie (preferred, as in a slightly less congested and less touristy area, but requires getting on I-4)

To get to Publix