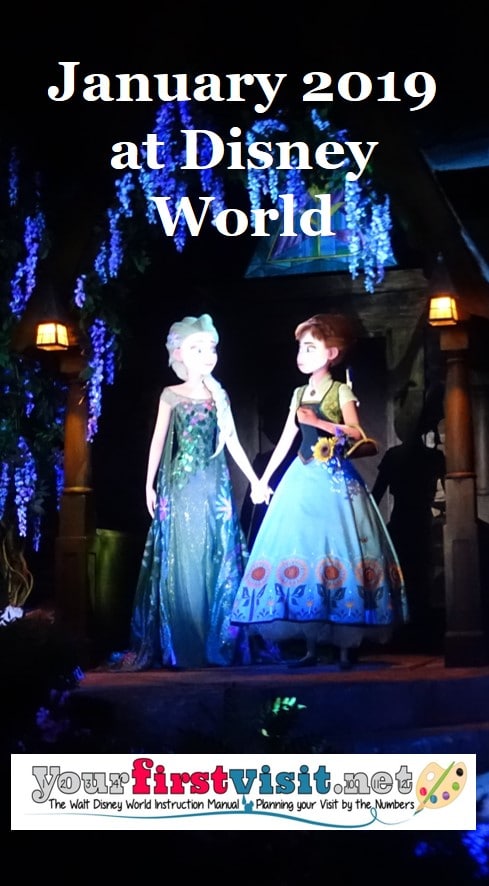 Early January 2019 will be dominated by holiday crowds and higher prices, but after the 5th, most days will see low crowds and low prices–with upticks around the marathon, the Martin Luther King Day three day holiday weekend, and possibly during the days before and after the Pro Bowl on January 27.

January is not recommended for first-time visitors who may never return, because of ride closures. For returning visitors–and first timers who know they can return–after the first week, January is usually a great time to visit, with low crowds and low prices. If you can, visit after Martin Luther King Day–January 21 in 2019.

Earlier January can be one of the most crowded periods at Walt Disney World–and is so in 2019. Later January–beginning the 5th in 2019–is much less crowded, and the end of the month has among the lowest crowds of the year

Crowds tick up the weekends of the Martin Luther King holiday and of the Marathon.

Late January and early February 2018 saw surprising wait levels, much higher than anyone–including me–had forecast. The general sense is that these were because of operational choices Disney made that it has learned from and will not repeat–but frankly, I can’t be sure of that until it happens…

Prices begin the month extremely high, but on January 2 shift to the lowest prices of the year. Except for upticks around the marathon and Martin Luther King day weekends, they remain low the rest of the month.

Deals for the general public are  available for January 2019. Find them here.

Cold, rainy days—not uncommon—are great for first time visitors, as they reduce the crowds in the parks and make the rides easier to see with low waits. Returning visitors looking for good days to lounge around the pool should not count on many.

The Disney World Marathon and other running events will be over the weekend of 1/12.

The Epcot International Festival of the Arts will return, beginning January 18. Part will be open seven days a week, but some entertainment will be focused on Fridays-Mondays. It will add to World Showcase crowds in Epcot, especially on the weekends.

The Pro Bowl is 1/27, and fan events will happen at Disney World the days before then.

These calendars can be found by clicking the following links:

The week rankings that follow below are from my 2019 weeks to visit, ranked in order, and are designed for first-time visitors who do not know whether or not they will return. 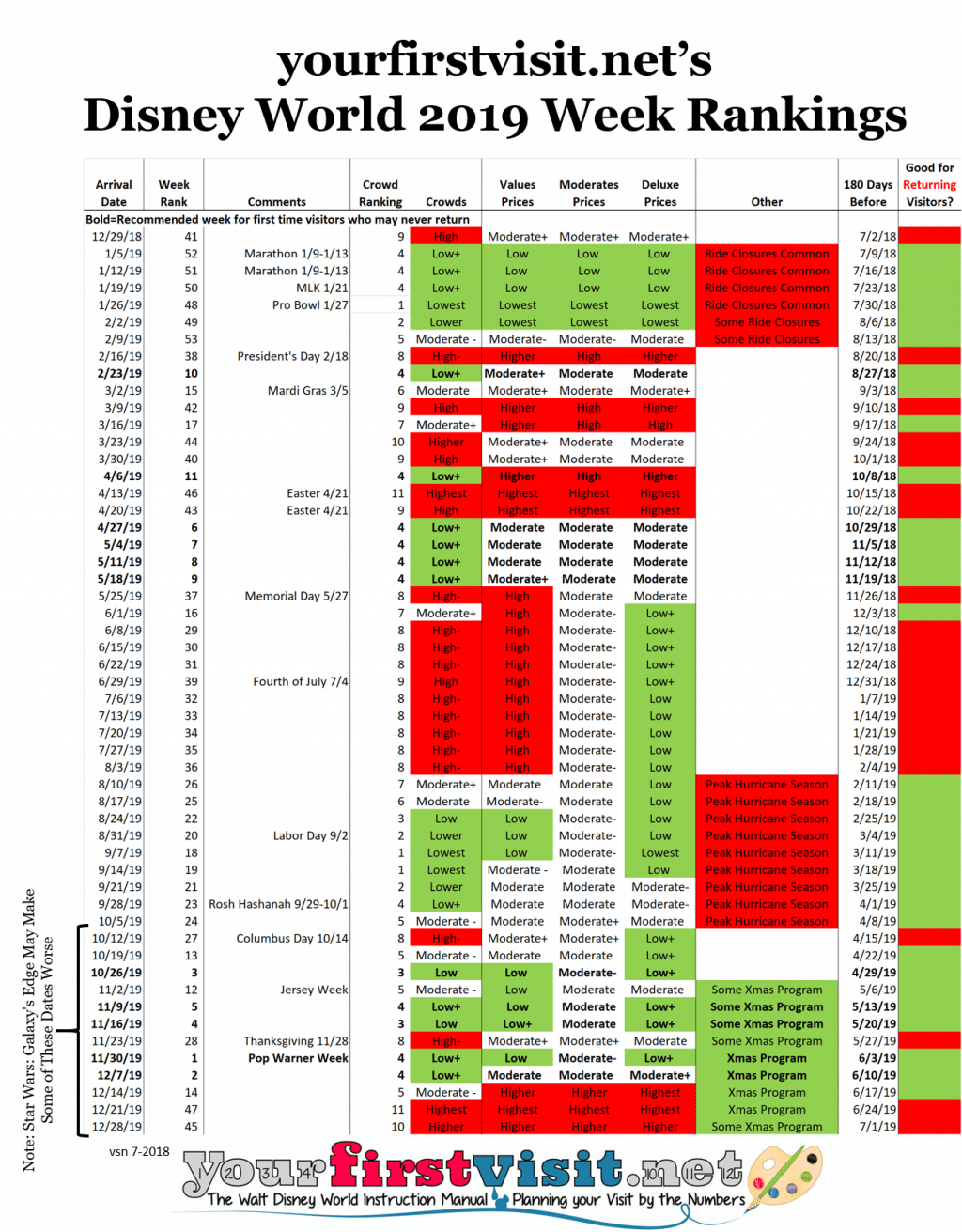 Click the image for a calendar view of 2019 weeks.

1/12/2019 Low prices. Low+ crowds. Crowd ranking=4–lower during the week, higher over both weekends. Week ranking=51. Use the Lower Crowd Itinerary.