While in the past, the differences between these were quite stark, all to the disadvantage of Family Suites at All-Star Music, after the recent refurb at Music spaces at Music became much more comparable. Key changes at Music that make these items now comparable to Art of Animation include

If money does not matter, Art of Animation is still the better choice, as it has insuperable advantages in

For this, you will pay for Family Suites at Music on average $185/per night less than you’ll pay at Art of Animation. Over my recommended eight-night stay, that’s almost $1,500 less…

Note: the images of a Family Suite at Disney’s All-Star Music Resort that follow are screenshots from a Disney YouTube video.

Family Suites at Disney’s All-Star Music Resort sleep six in an area combined from two standard rooms. This means that they have more square feet per possible person and also more bath capacity per possible person than standard four-person value resort rooms. At a stroke, this solves the major problem of such rooms, their small size. 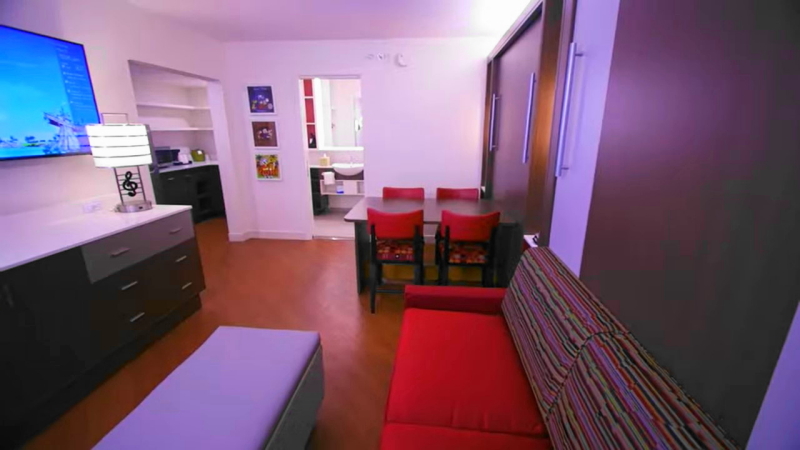 What used to be one entire standard room is the living dining area for all, with a common bath in the back.

You’ll note that neither the seating area nor the dining table will comfortably seat this six people this space can hold—the same is true at Art of Animation. 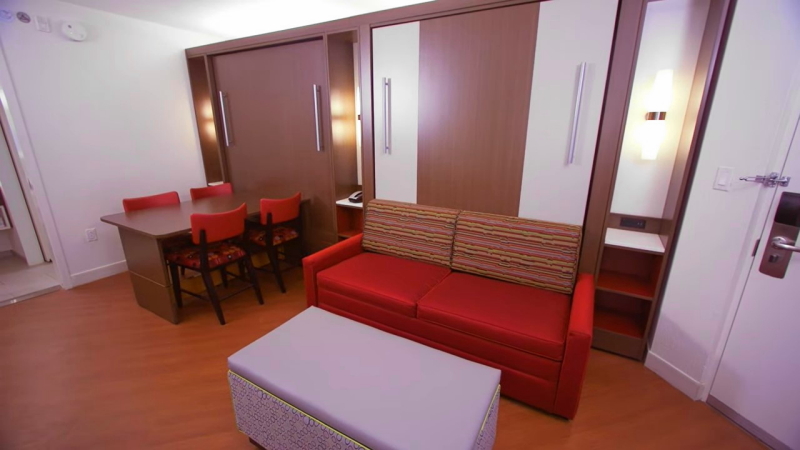 The prior Rube-Goldberg-esque set of sleeping arrangements has been replace by two queen beds that fold down from the walls, taking away as they do so the couch and dining table. 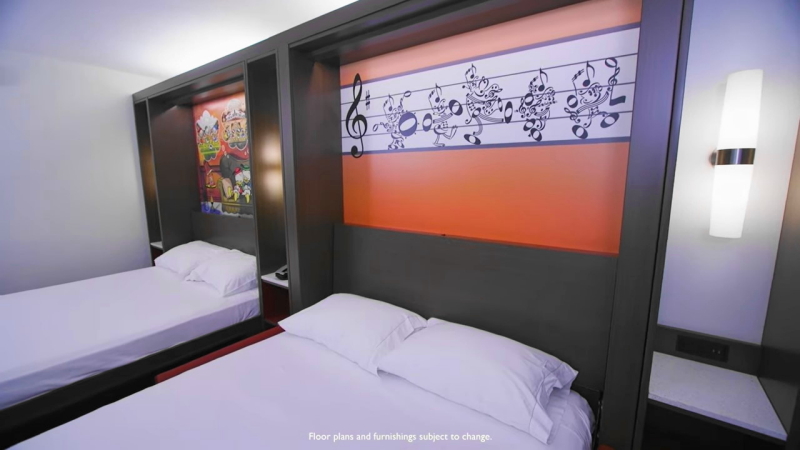 The beds folded down. 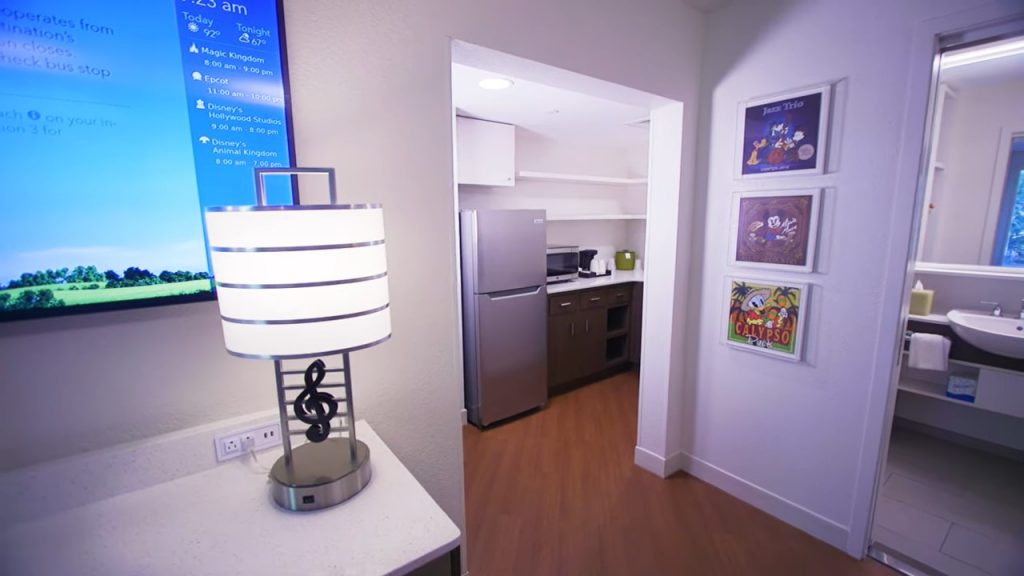 The other half of the space includes a kitchenette (with a fridge, microwave, and coffeemaker), the master bath, and the master bedroom. 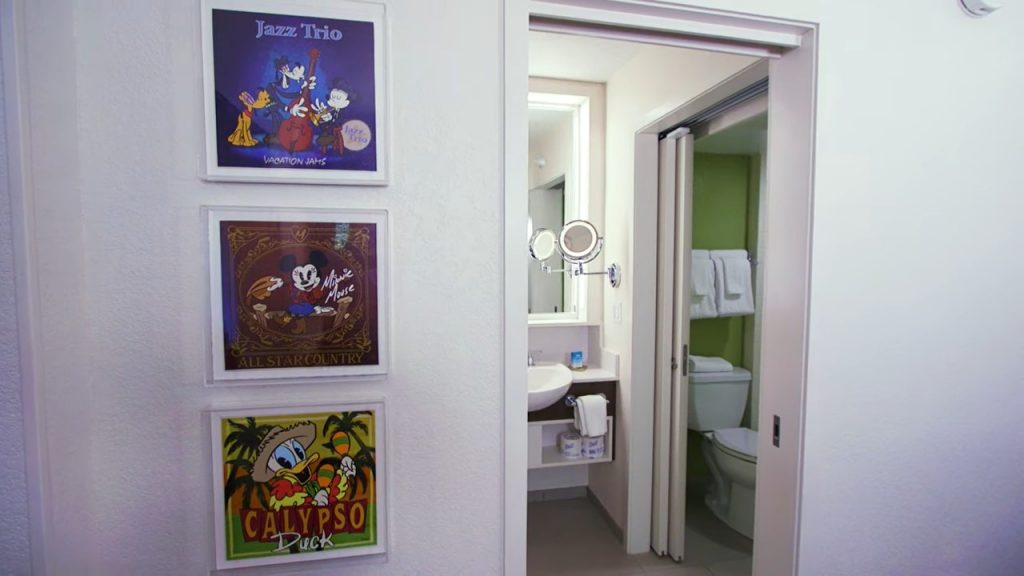 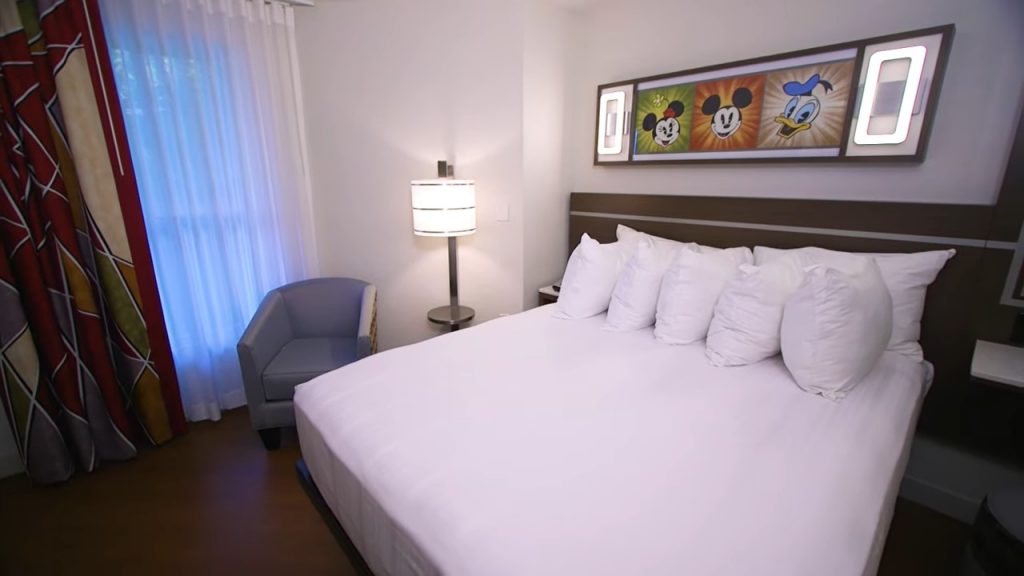 The master bedroom keeps its upholstered chair—although many families will carry it into the living room—and loses the old desk, as most Disney rooms have lost whatever desks they had over the most recent set of refurbs.

All in this set of changes is a great improvement, and Family Suites at Disney’s All-Star Music Resort are now a much mor livable and competitive option than they were before.