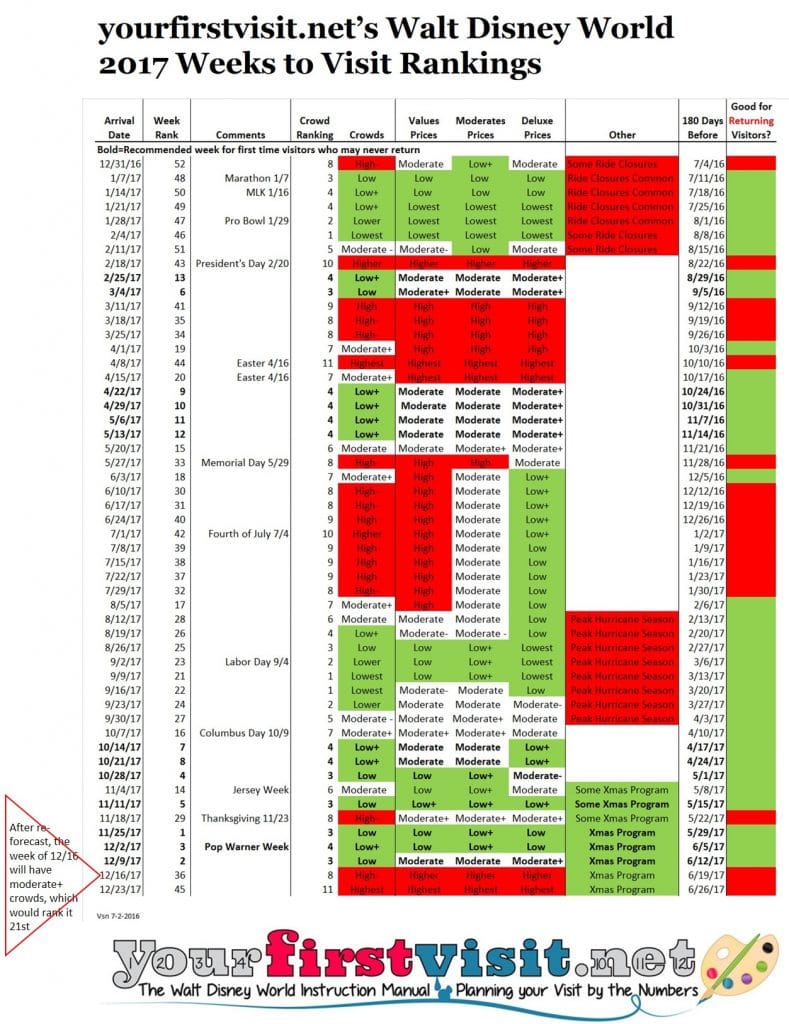 OVERVIEW: THE BEST TIMES IN 2017 AT WALT DISNEY WORLD

If you can’t go then, presented below are my rankings of the weeks of 2017 in order of best to worst times to visit Disney World.

These rankings are designed for first time visitors who do not know whether or not they will return.

For visitors on a return trip, less concerned about ride closures or the peak of the hurricane season, the later January, early February, and September weeks would be ranked much higher. 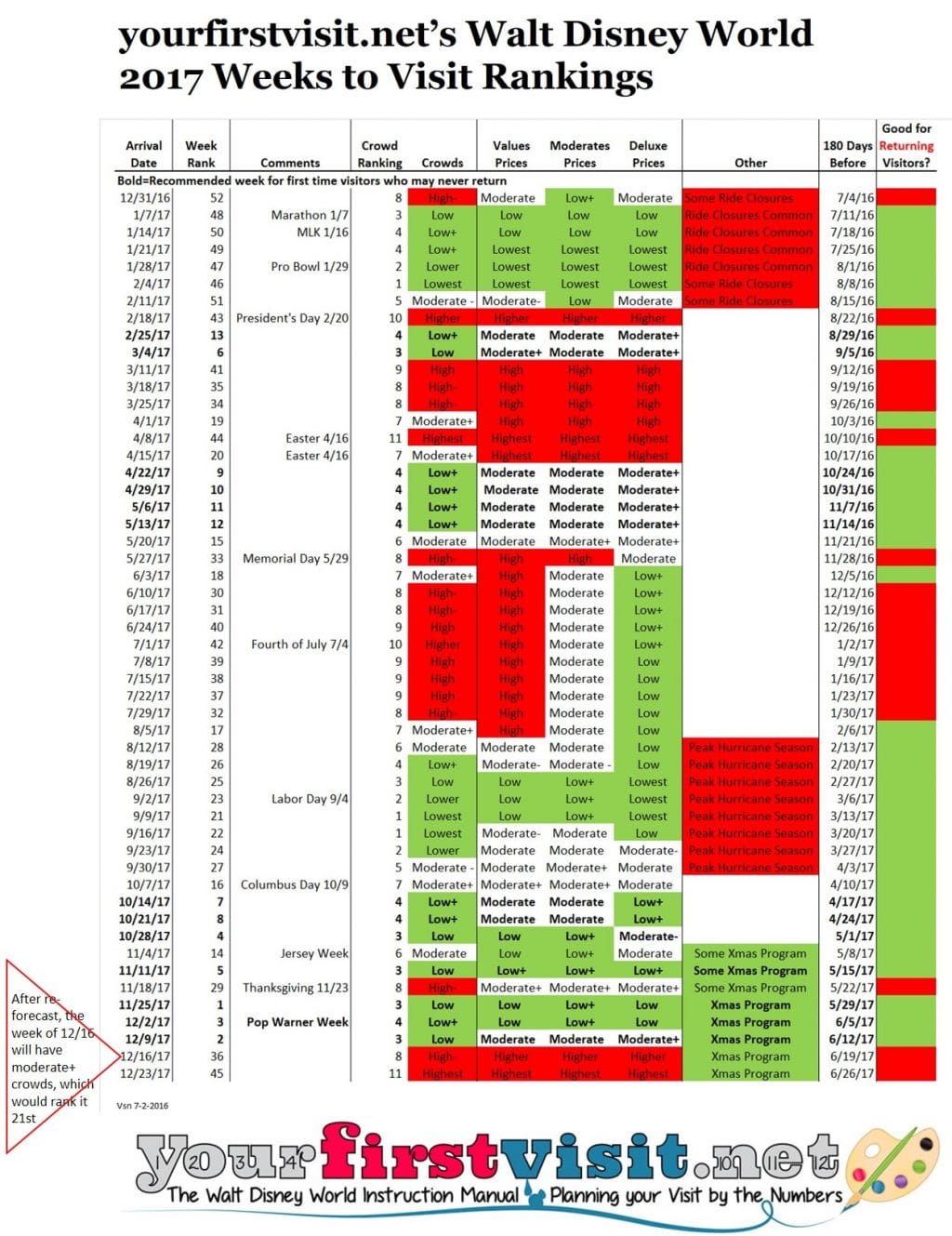 These week rankings are based on my 2017 Disney World Crowd Calendar and on the 2017 Walt Disney World price seasons.

The thirteen recommended weeks that follow are wonderful weeks to visit Walt Disney World in 2017.

Week number one has it all–lower crowds, lower prices and wonderful Christmas programs and decorations. The first Saturday of this week overlaps with Thanksgiving crowds, but the rest of it will be marvelous:

Week 5 is a very strong week. It has low crowds and prices, and Disney World’s holiday program at the Magic Kingdom will be in place

Weeks 6 is your best 2017 Spring Break bet, with low crowds and moderate prices

Weeks 7 and 8 are similar to week 4 but projected at slightly higher crowds. They share great late autumn weather. These are near-tied, but are in calendar order as the better weather is earlier this time of year

Weeks 9 to 12 are all in the same 2017 post-Easter stretch, and share low crowds, moderate prices, and nice spring weather. They are in calendar order, as the weather is better earlier in this period

Week 13 is the second-best 2017 Spring Break week, with low crowds and moderate prices

This completes the weeks in 2017 that are recommended.

Weeks 14-20 all have moderate crowd levels, with different prices and weather. I don’t particularly recommend moderate-crowd weeks for first time visitors, but they are quite manageable, and I would go myself such weeks with no hesitation.

Weeks 21-28 have one thing in common: they occur during the peak of the hurricane season. Hurricanes are rare and even more rarely affect a Disney World vacation, but for first-timers who may never return, why not just avoid the risk? For returning visitors, though, the low-crowd weeks among this group can be wonderful times to visit.

They are ranked in order of first crowd levels, and within the same crowd level prices.

Weeks 21 and 22 have among the lowest crowds and lowest prices of the year.

Week 26 is at the outer range of low crowds

The first group, ranked 29-45, should be avoided because of crowds ranging from high to unbelievable.

This group includes all of later June, July and early August (massive crowds). It also includes the busy March Spring Break weeks beginning 3/11/2017, and the holiday weeks—President’s Day week, the week before Easter, Thanksgiving week, and the weeks around Christmas. 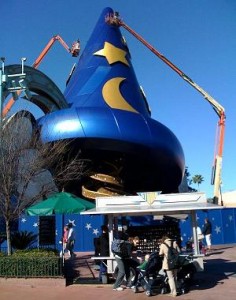 The next group includes the January and early February weeks when rides are often closed for repair or refurbishment—weeks 46-52.

Some of these weeks have the lowest crowds and lowest prices of the year.

If you must go during this period, avoid the first days of January (massive crowds), the Martin Luther King Day (1/14/17 arrival date) holiday weekend, and the week before the Pro Bowl (which is January 29th).