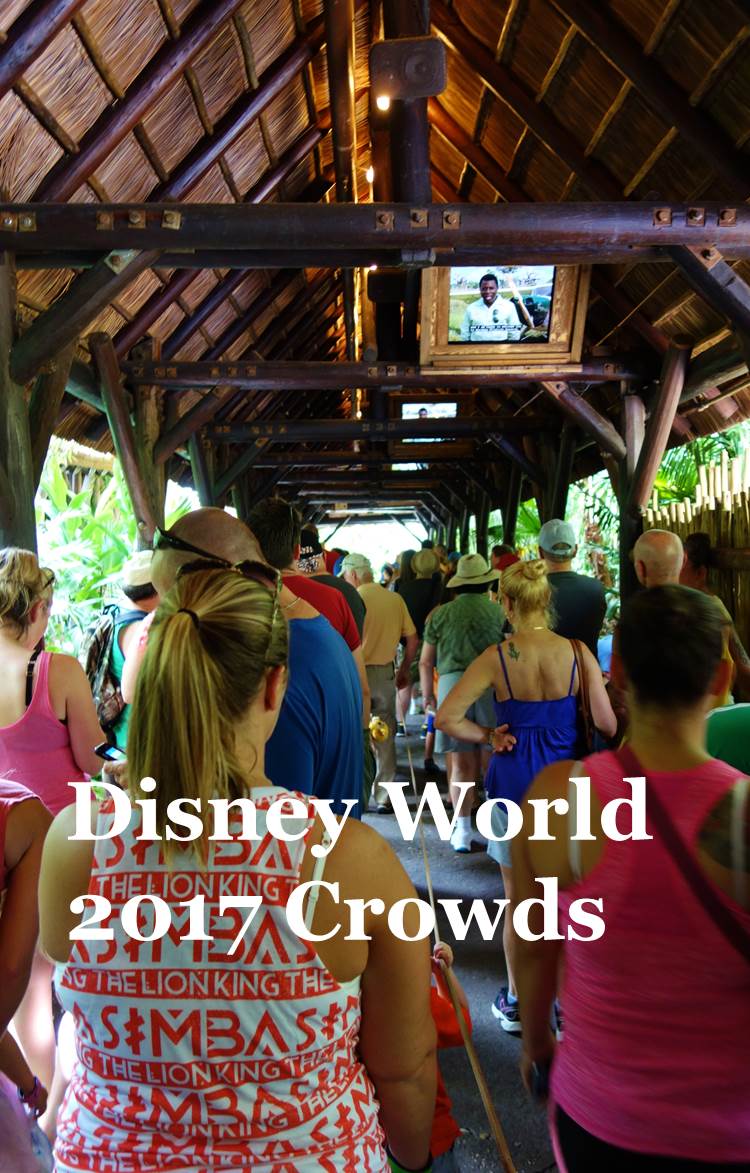 The chart lower on the page shows my forecasts for 2017 crowds by week at Walt Disney World.

Dates in it are the beginning of the week, and the forecast covers the recommended Saturday-Sunday 9 day stays.

HOW TO INTERPRET THE 2017 DISNEY WORLD CROWD CALENDAR

As is the case in every good Disney World crowd calendar, the forecasts are about wait times on rides–not about how crowded the areas outside the rides might be.

The “moderate crowd” weeks–those in black and rated 5-7–have crowd levels I would not particularly recommend to first time visitors, though the crowds can be managed with careful planning. However, I’d go during such weeks myself with no hesitation, and think these levels are OK for returning visitors who don’t need to see everything and already know how to work Walt Disney World.