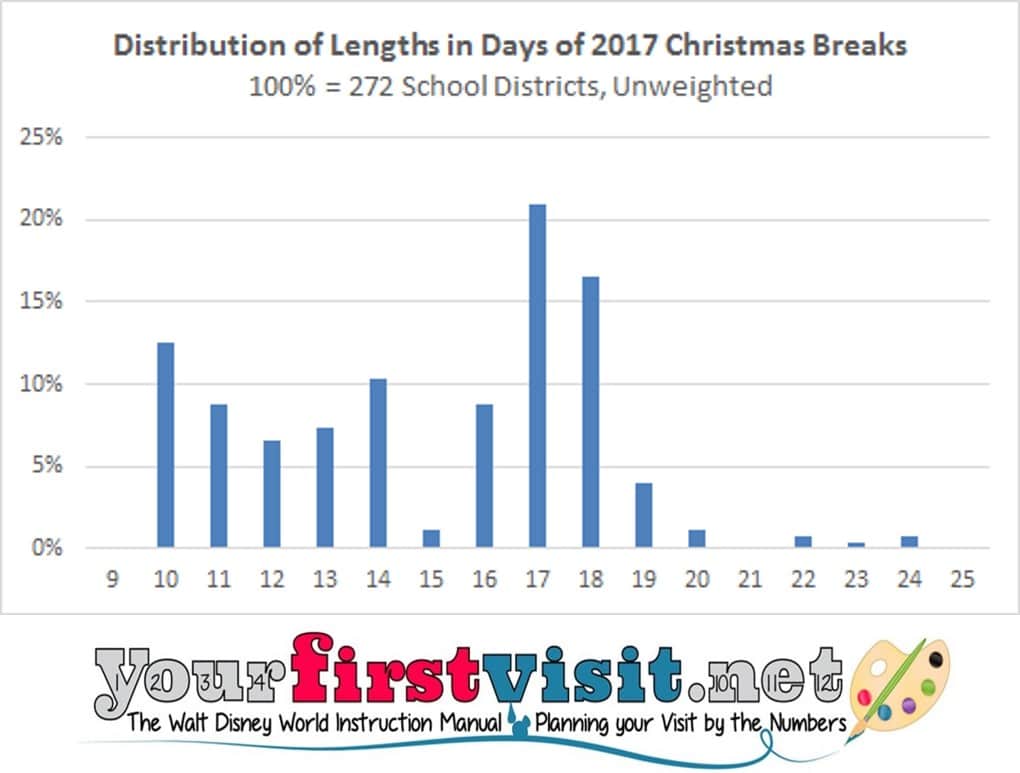 As a result, I’ll be revising the crowd forecast for this week from “high” to “moderate-plus.”

Moderate-plus for the week of 12/16/17 represents the overall average of the nine days from 12/16 through 12/24–these dates will be better than that at the beginning, and worse than that at the end.

For the first time since 2006—well before I began forecasting Disney World crowds—Christmas in 2017 is on a Monday. I didn’t have enough experience with Monday Christmases to get it right…

Every year I publish draft crowd calendar in the fall for the year that begins ~15 months ahead, and then update it the summer before.

The draft is based on experience and judgment, and the later update is based on analysis of actual school breaks for the coming year school year.

My school break analysis is based on the actual schedules of more than 15 million kids in more than 270 school districts, weighted by state based on that state’s proportion of the 12 million visitors to this site (as a proxy for the propensity of families from that state to go to Disney World).

It comes so late in the year because so many districts don’t publish their calendars for the upcoming school year until May or even June. (BTW, because district calendars are largely not out yet, most of Michigan is still missing in detail from my datasets, but required common county calendars let me get Michigan Christmas breaks for this analysis.)

Part of Christmas is easy to forecast, and part is harder.

This is because there are two typical Christmas breaks—short breaks and long breaks.

Here’s the distribution of actual break lengths for the 2017/2018 holidays (it’s not weighted):

If you sum, you’ll find about half of districts are long-breakers, and a tad less than half are short breakers. (The rest are in the right-side tail of really long breakers…)

Here’s the same point made (well, perhaps it’s made) graphically, with the long-breakers in green: 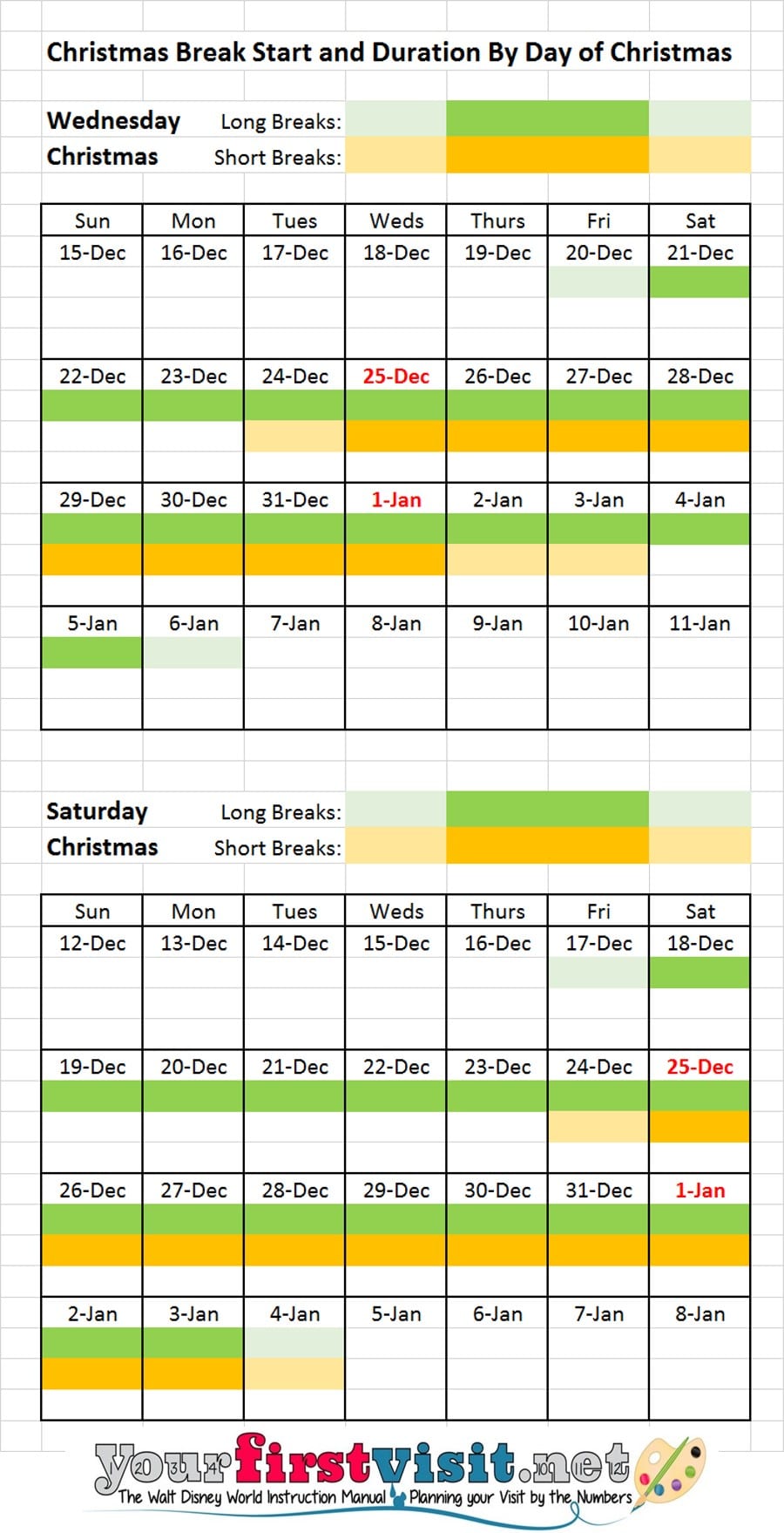 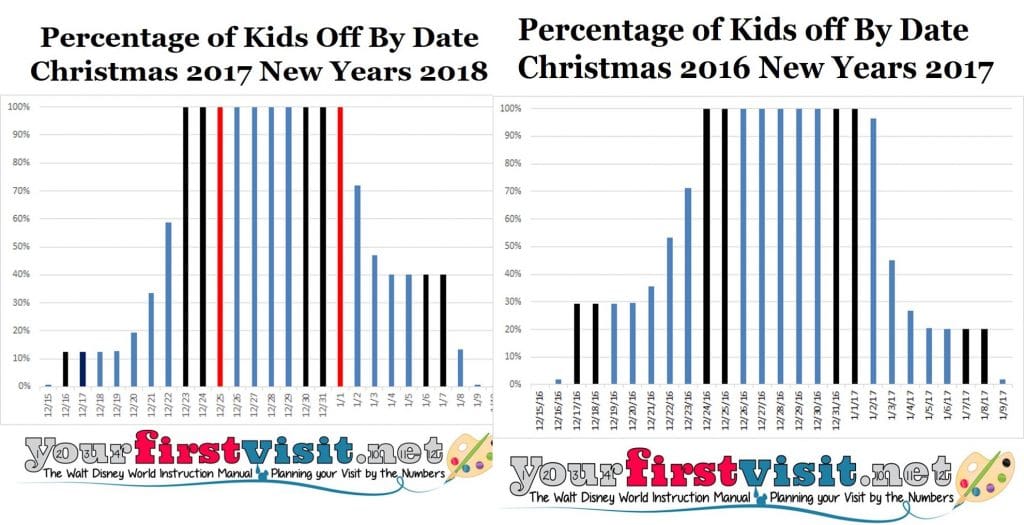 OK so now I know better, and promise to do better the next time we have a Monday Christmas, which will be in 2023…