Review: The Frozen Sing Along Celebration at Disney’s Hollywood Studios 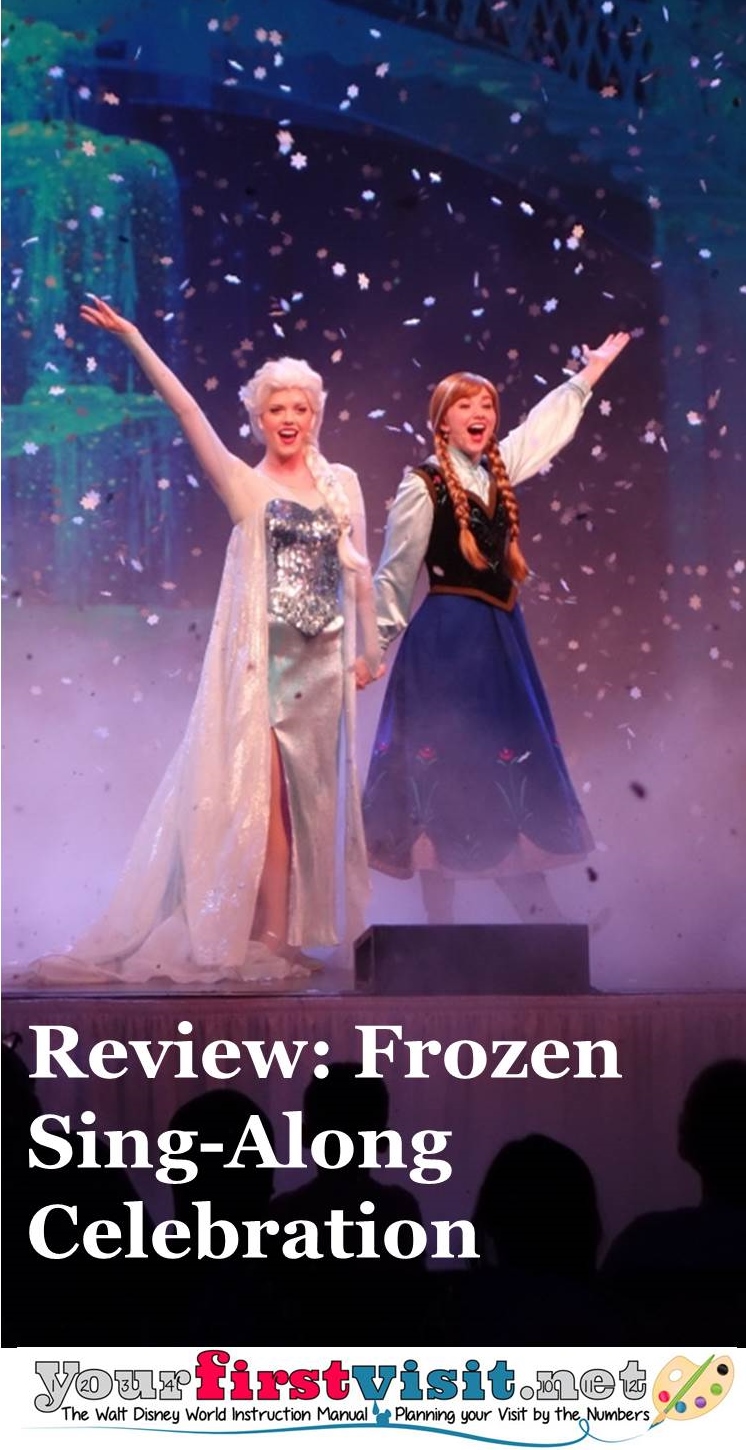 moved into Disney’s Hollywood Studios this summer, with a parade, fireworks, and a sing-along.

The festivities have been extended through 2014, and it’s widely expected that at least parts of the program will continue after then as well.

One element is the For the First Time in Forever: The Frozen Sing-Along Celebration, currently showing in the Premier Theater but expected to be offered later in the old American Idol theater space.

(There’s a review of the Frozen Parade here , and the Frozen Fireworks here.)

The sing-along is really four things: 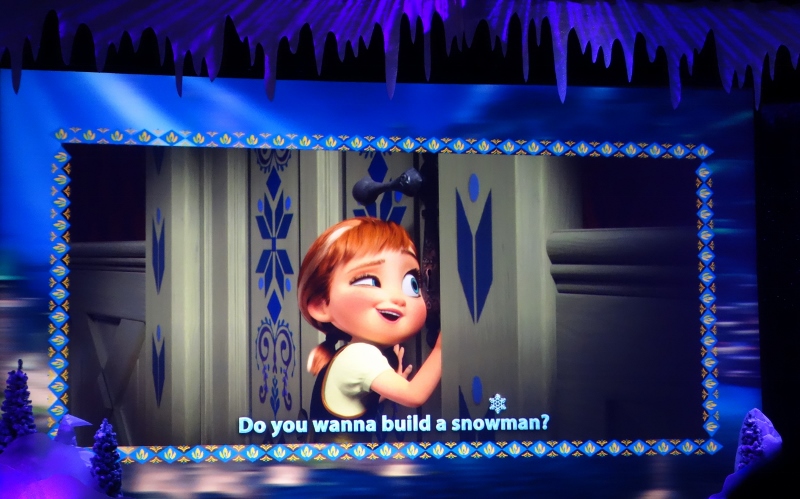 A sing-along to some of Frozen’s best songs, with the lyrics posted…

…A re-telling of the Frozen story… 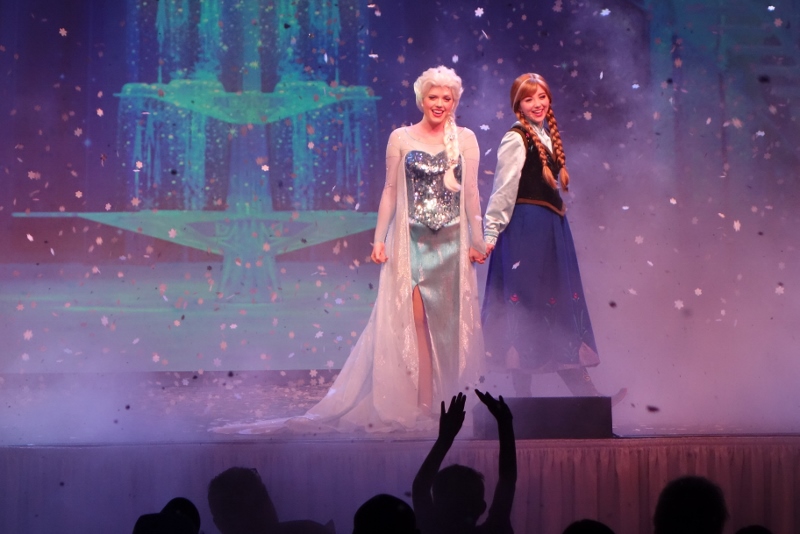 …On stage visits by most of the key Frozen characters… 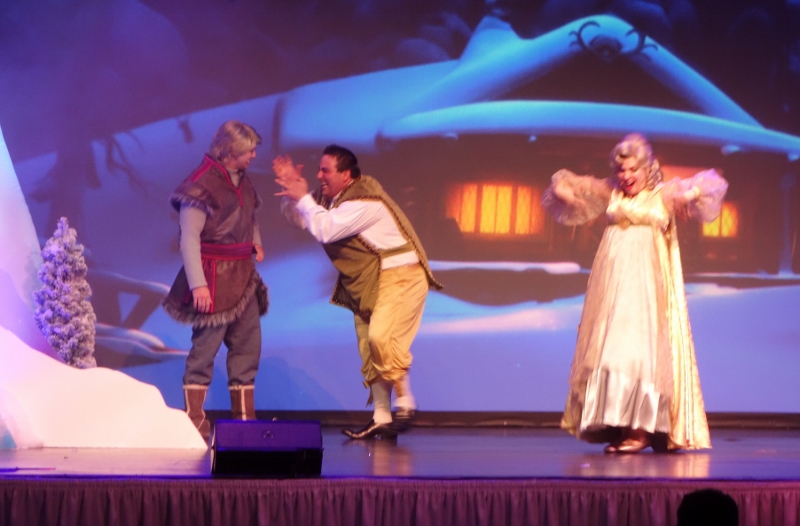 …and a comedy show. The narrative glue of the re-telling of Frozen is provided by the “Court Historians of Arandelle,” and they are wonderfully funny–so funny that I recommend this show even to those who are not big Frozen fans–though I do think you will have to have seen the movie to get many of the jokes.

The show is continuing at least through 2014, and is widely expected to move from its current home back beyond San Francisco in Streets of America to the American Idol theater.

The show is now available as a Tier Two FastPass+ and you can also grab same-day tickets from a station. 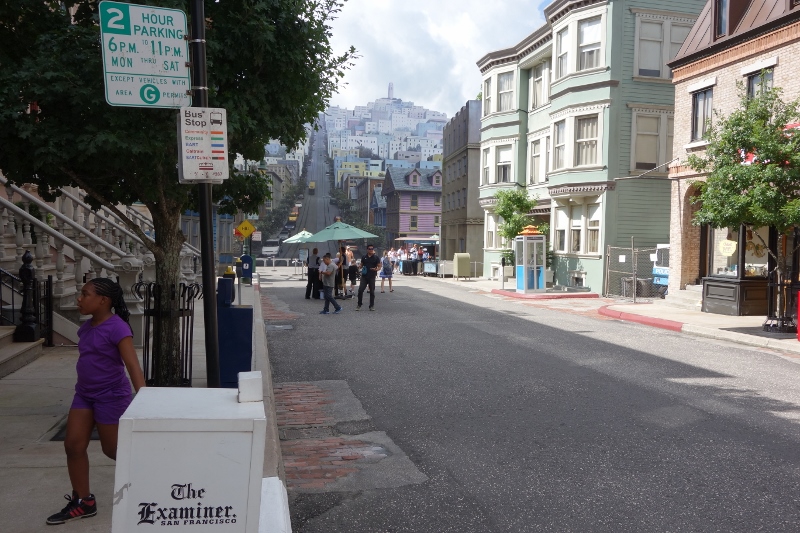 The station is in San Francisco, under an umbrella–though if the location of the show does change, the kiosk likely will move. 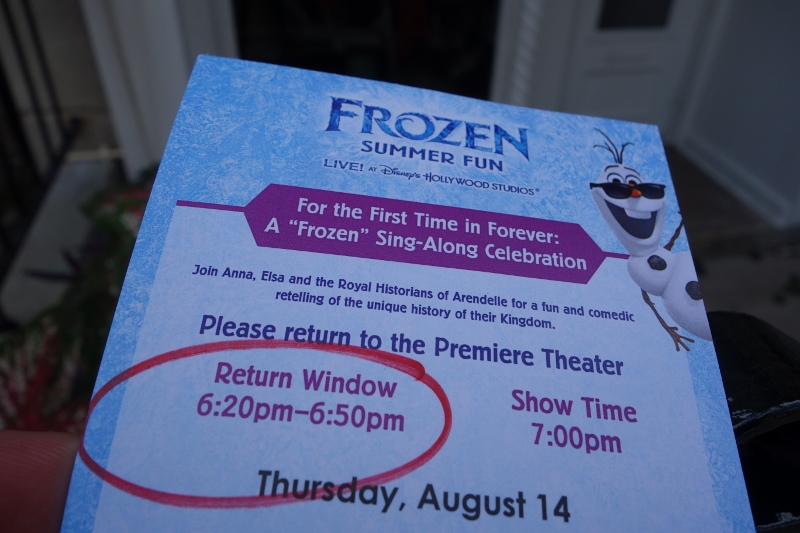 Request your show time and number of tix, and if available you’ll get something like this. 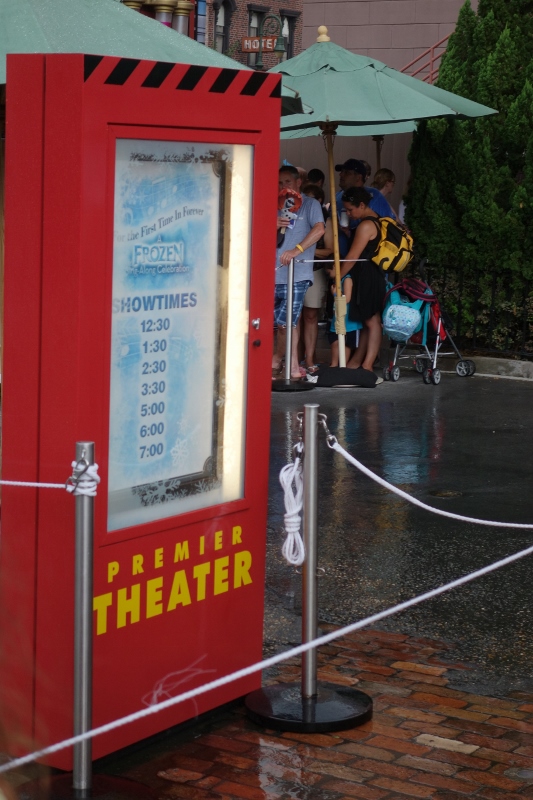 Your ticket or FastPass return will have a window for arriving well before showtime.  Show up as early in the window as you can, as you will get better seats. 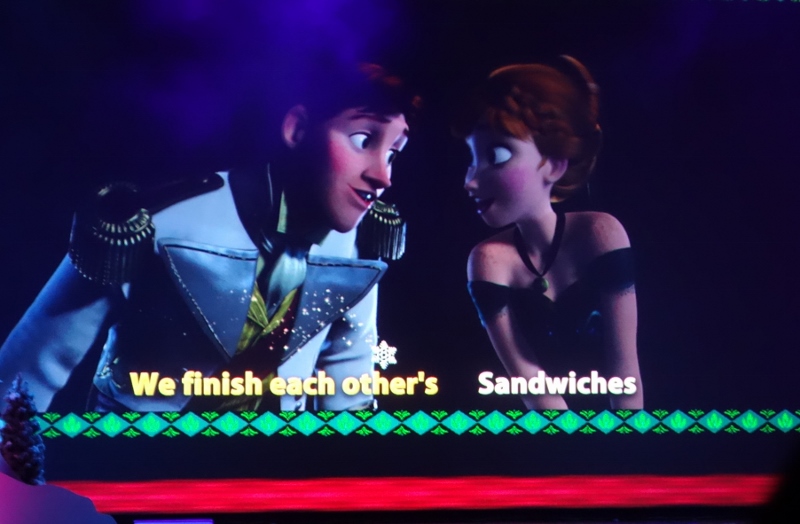 The FastPass+ offering is new, and it’s not clear yet how many reservations will go to it vs. the paper tickets that have been the sole way of getting in until now. So far this summer tickets have been pretty available.

Until the ticket supply becomes a little clearer, if you really really need to see this show, the thing to do is to book it as FastPass+.  Then when in the park, see if tickets are available for a convenient show. If so, get them, and swap your FastPass+ for something else.

previous post Review: The Beach and Pool at Bay Lake Tower
next post Next Week (August 30 through September 7 2014) at Walt Disney World