Slinky Dog Dash, one of two new rides in the new Toy Story Land at Disney’s Hollywood Studios (my review of the other, Alien Swirling Saucers, is here), opened on June 30, 2018, and I had the chance to ride it that day and the next.

The ride is an open-air roller coaster that dominates Toy Story Land both visually and kinetically. If you are a coaster fan, it is delightful without being distinctive. 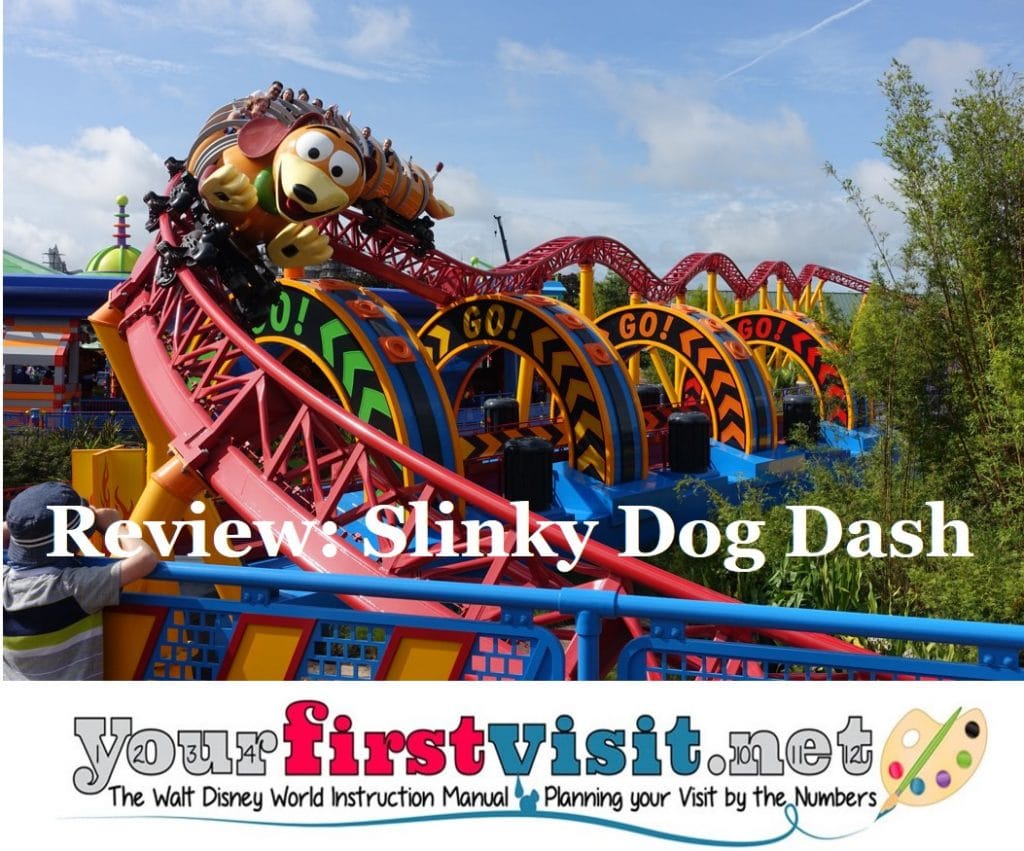 Rocketing up, around, and over Toy Story Land, with two different launch points, it provides a moderate amount of thrills that will make it appeal to a pretty wide range of folk–all but the coaster-phobic and those who need the promise of loops and inversions to justify getting out of bed in the morning. I have a light touch of motion sickness, but saw zero motion sickness symptoms. Those with moderate or worse motion sickness should avoid it. 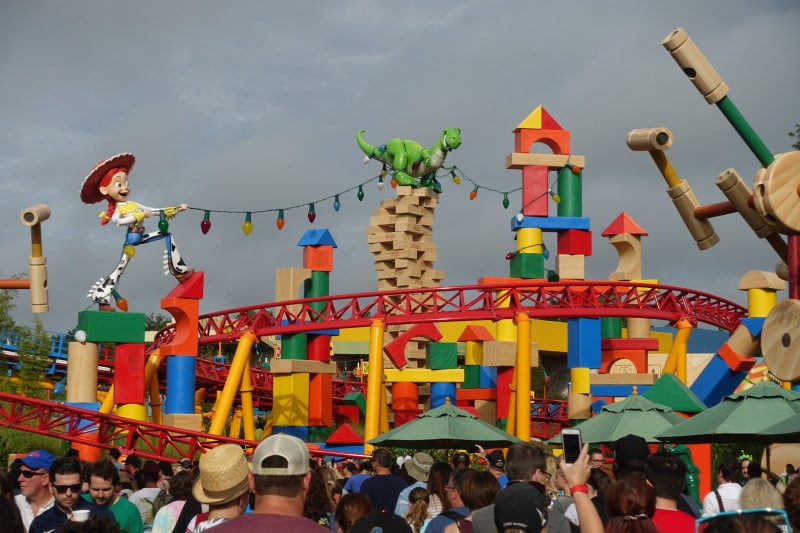 For those familiar with Disney World, I’d mark it’s thrill level as somewhere between Seven Dwarfs Mine Train and Big Thunder Mountain. 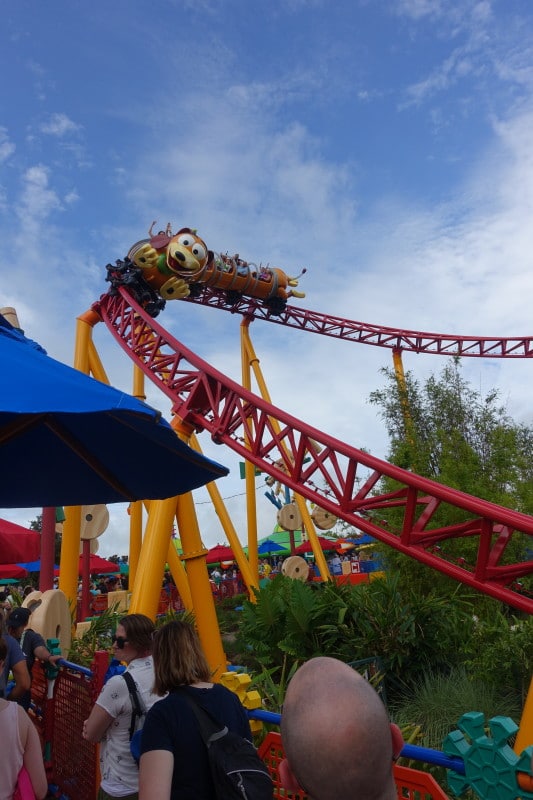 It’s not as smooth as Seven Dwarfs, nor as jarring as Big Thunder. Part of its thrill comes from it being in the open air, so that more so than most Disney coasters except Space Mountain, you can have the sense of your vehicle barely being controlled by its infrastructure. 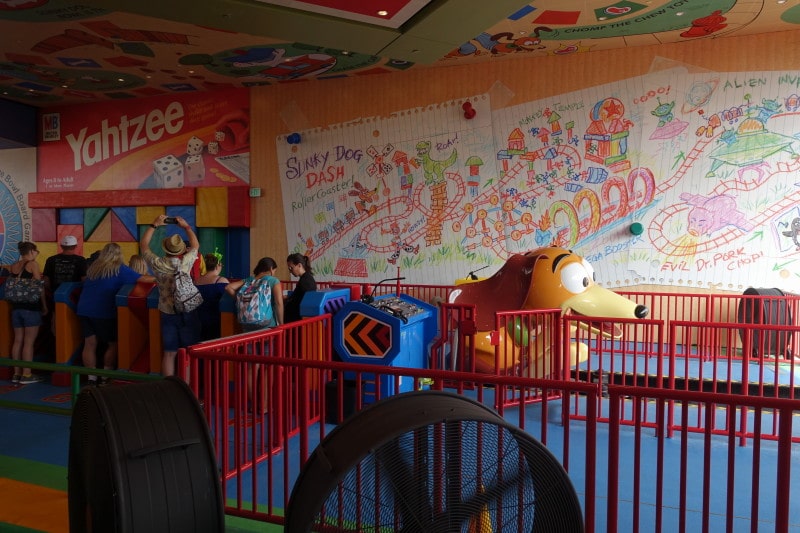 The notion behind the ride—as in all of Toy Story Land—is that Slinky Dog Dash is a found toy from Andy’s Backyard. He assembled the ride from a toy roller coaster set—his designs are featured in the loading area—and then planted his Slinky Dog as his imagined ride vehicle.

It’s a cute concept, and the actual ride vehicles are quite darling:

The queue, rather than being much themed itself, is set in the more broadly themed concept of “Andy’s backyard.” 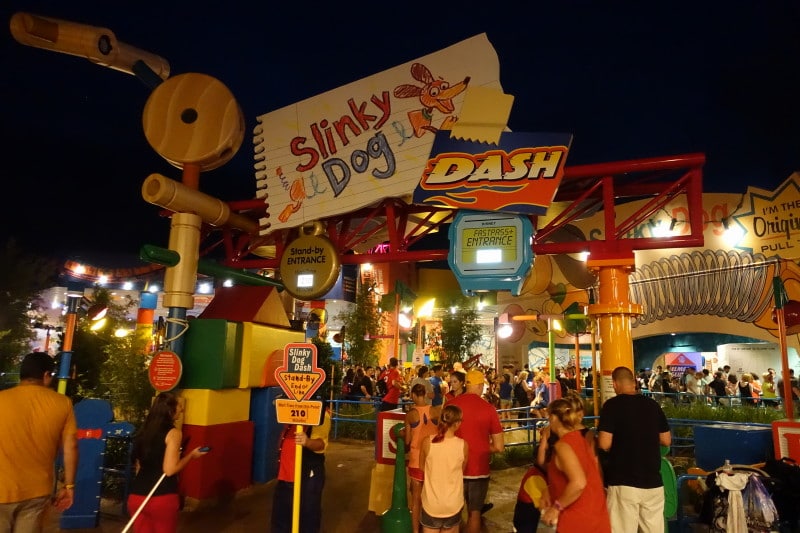 Perhaps as a result, it is largely un-protected from the sun (you will find roofs at the end, and scattered umbrellas along the way), and other than some fans, not conditioned.

If only Andy had played with miniature air conditioners…*

Our forebears called this type of environment “life,” yet in our softer age, it can feel pretty miserable. A parasol and some sort of portable personal fan are welcome accessories if you are unable to book a FastPass+, which I highly recommend. Until FastPass+ tiers here change, for those not afraid of coasters, Slinky Dog Dash is the highest priority FastPass+ at Disney’s Hollywood Studios. 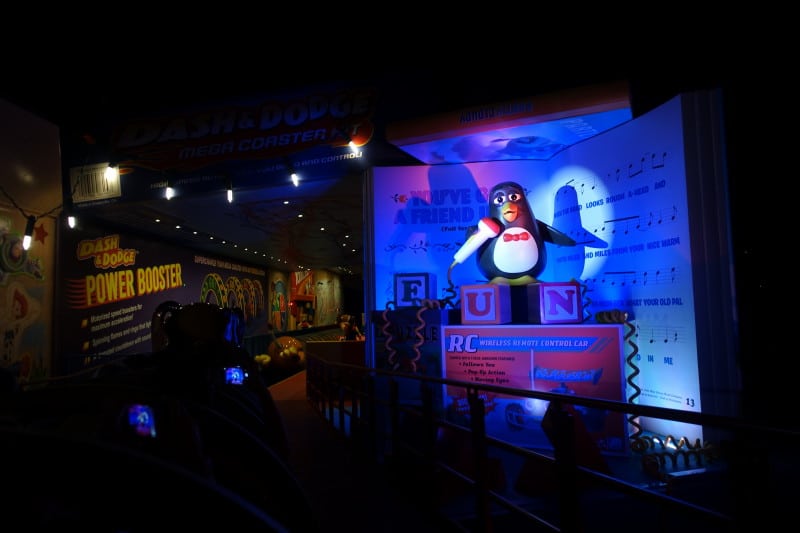 I loved it. It has a friend in me. 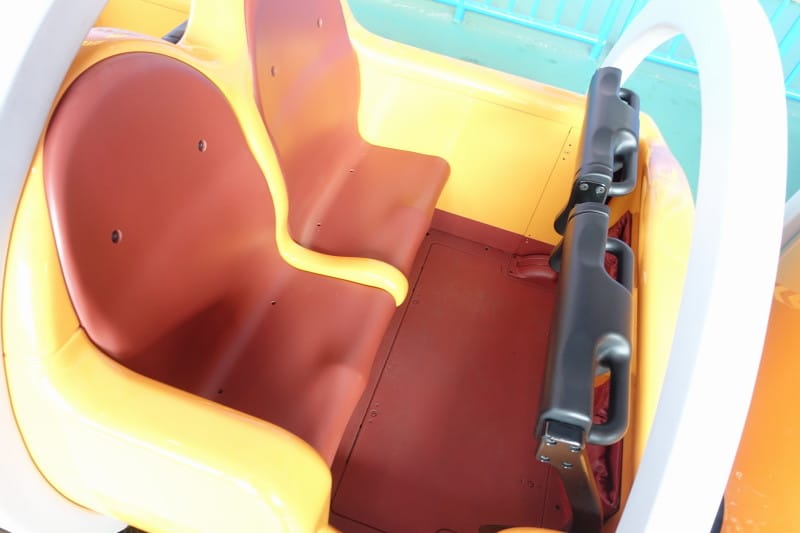 Ride vehicles seat 20 in ten two-across rows. Each row has its own lap bar, meaning big and little folks can sit next to each other.

Kids need to be at least 38 inches tall to ride it at all, and over 7 to ride it unaccompanied by an older person. 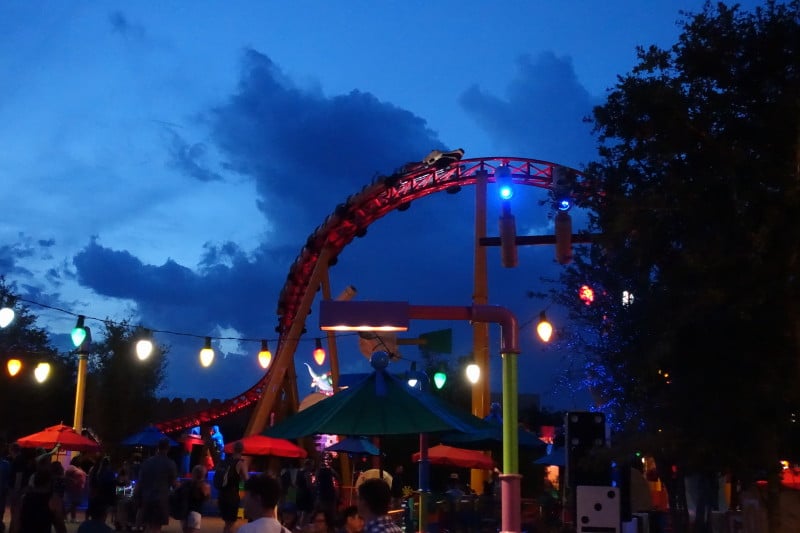 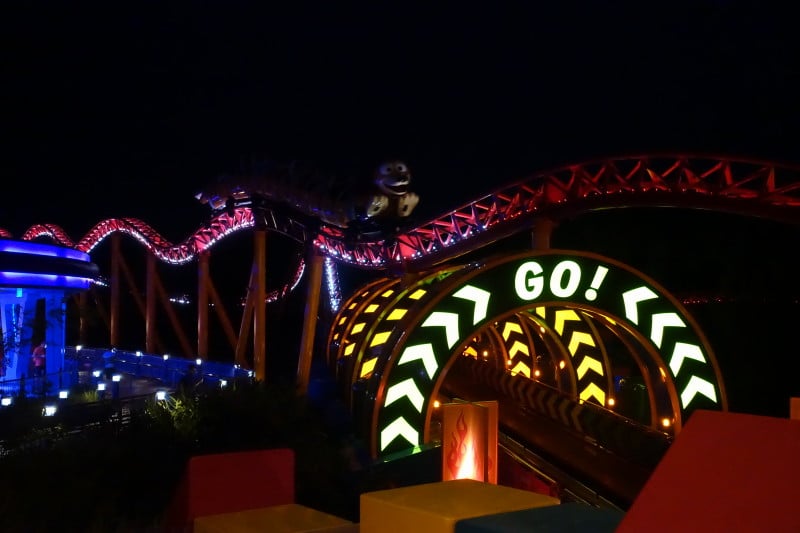 In particular, the passage of the vehicle changes the lighting of the track.

I timed multiple consecutive runs as Slinky Dog flew by over my head on the evening of Sunday July 1, and got an average of 65 seconds between vehicles, with a range of 49 to 94 seconds and a median time between vehicles of 61 seconds. 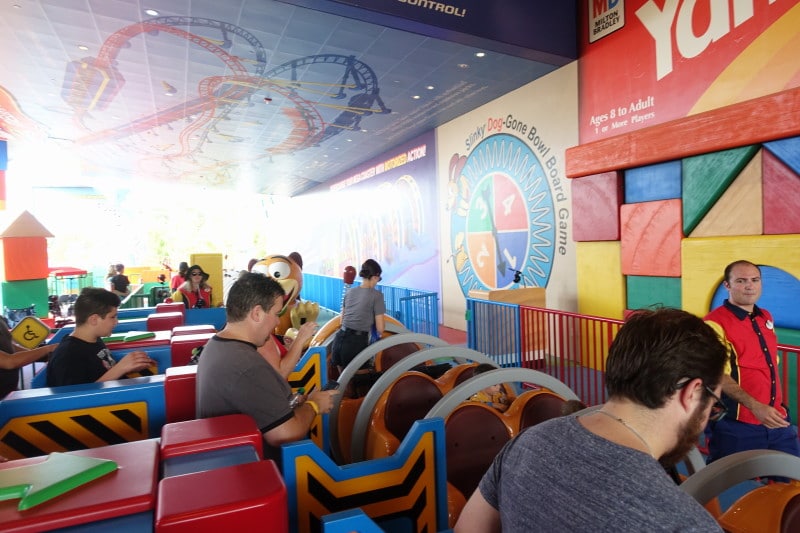 With vehicles filled to their  18 person capacity (thanks Ryan!), that’s around 1,000 people per hour, far fewer than the number of people who want to enjoy the ride, so expect long waits if you can’t score a FastPass+.

*These do exist; I have 1/87 scale air conditioners for my model trains…