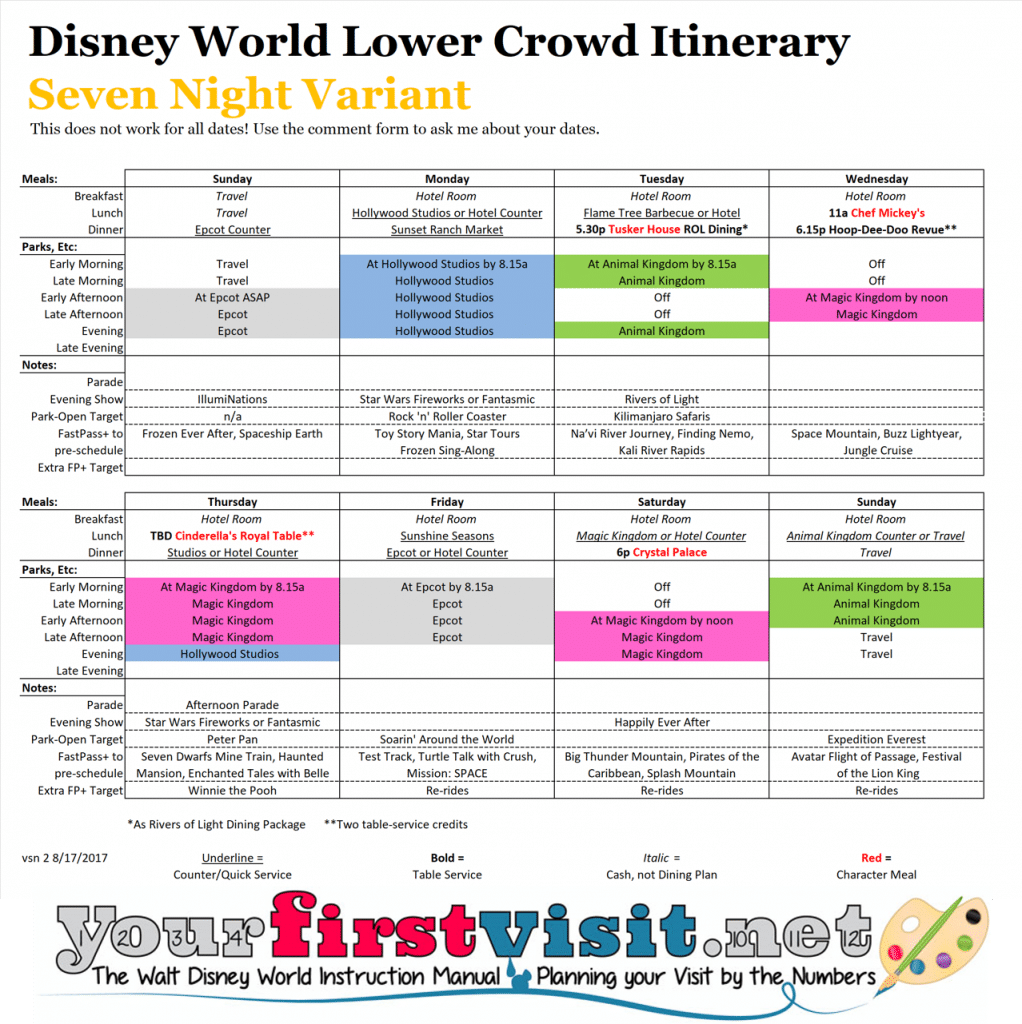 Below is a seven-night variant of my FastPass+ based Disney World itinerary for lower crowd weeks.

Updated in April 2018, it includes guidance for the new Avatar: World of Pandora at Disney’s Animal Kingdom, and an alternate set of instructions for the to-open on June 30 Toy Story Land at Disney’s Hollywood Studios.

On its first Animal Kingdom day, it uses a Rivers of Light Dining Package to save a FastPass+. Note that this package is available sometimes only 3-4 months ahead, rather than the 180 days ahead that most dining is available.

I’m not keen on this itinerary, as it has little rest time. Moreover, to see both evening shows at Hollywood Studios, you need to add an expensive Park Hopper to your tickets.

This itinerary does not work all dates, and some dates that it mostly works it may need some little adjustments. Use the comment form below to check with me on your dates.

As in all images and tables on this site, click it to enlarge it.

The recommended dining reservations and FastPass+ that make it work are in the To-Do List.

Daily agendas are in the links: