The Disney After Hours Event: Spontaneity Strikes Back 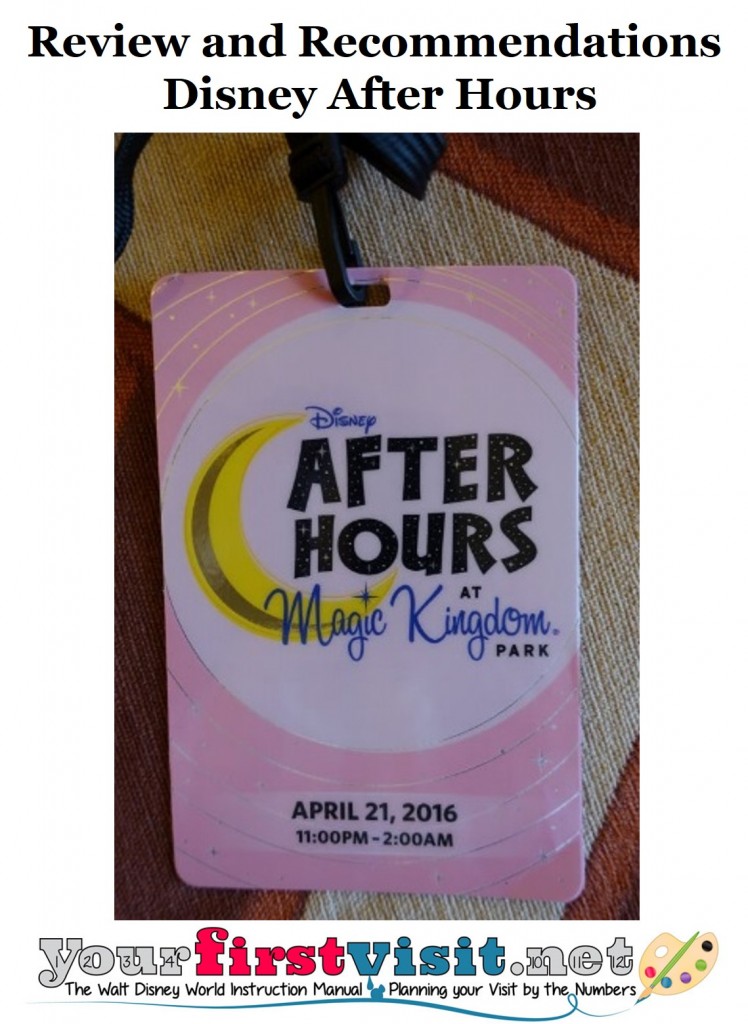 Update: Disney After Hours is returning for the summer of 2018. 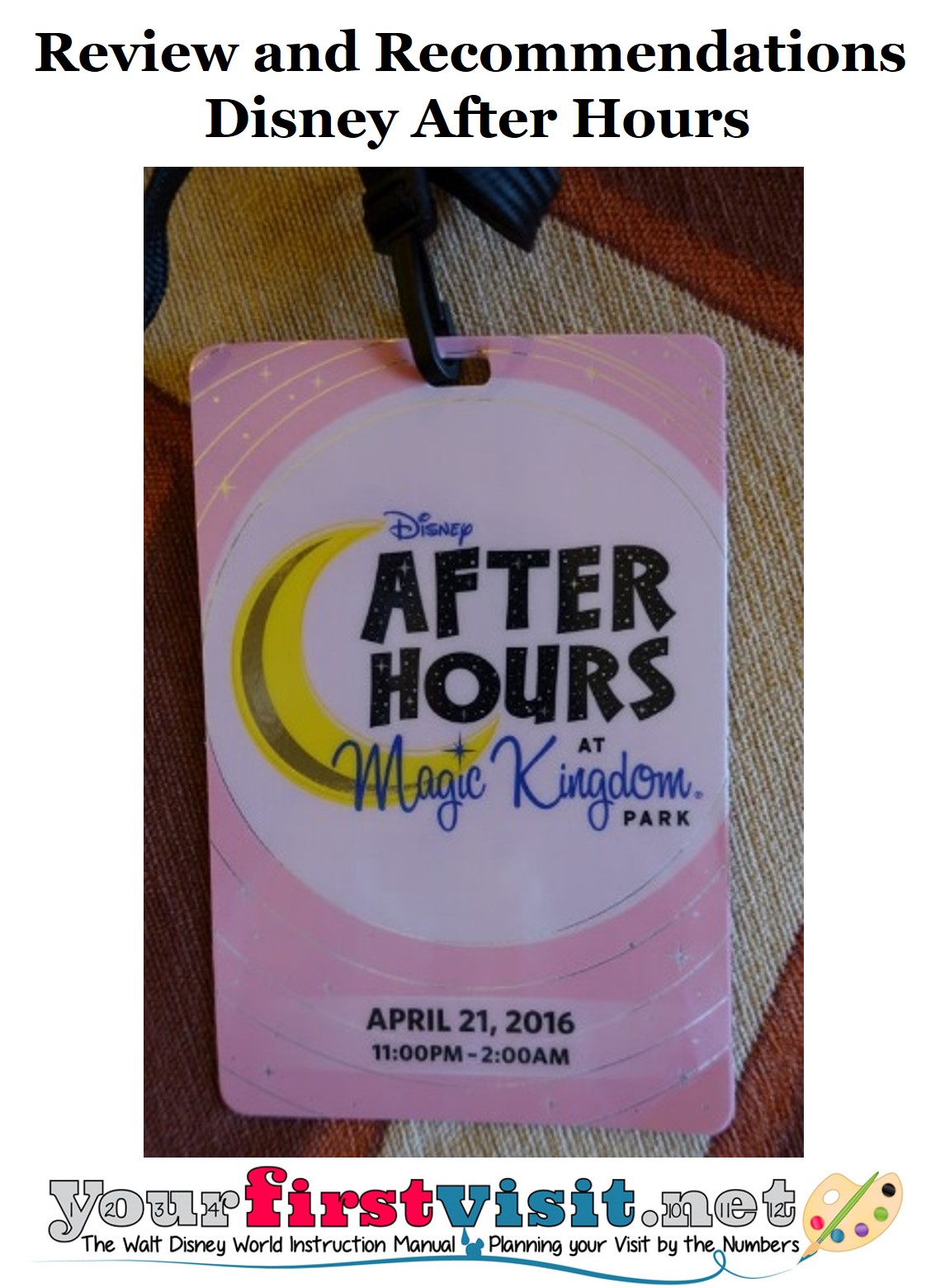 The Disney After Hours event gives you exclusive, almost no-wait access to almost all of the Magic Kingdom’s attractions for a three hour period after park close for five remaining nights this spring

The event begins at park close—10p some nights, 11p others. Those who purchase tickets for it–$150 each for the general public, and $75 for annual passholders and DVC owners—can enter as early as 4p.

It’s hard to communicate how low the crowds and waits are—even with twice as many in the park who came, they still would have averaged zero. So I’ll place various shots throughout this post to illuminate the lines at various points.

Let’s start with the same area of Fantasyland, during the day… 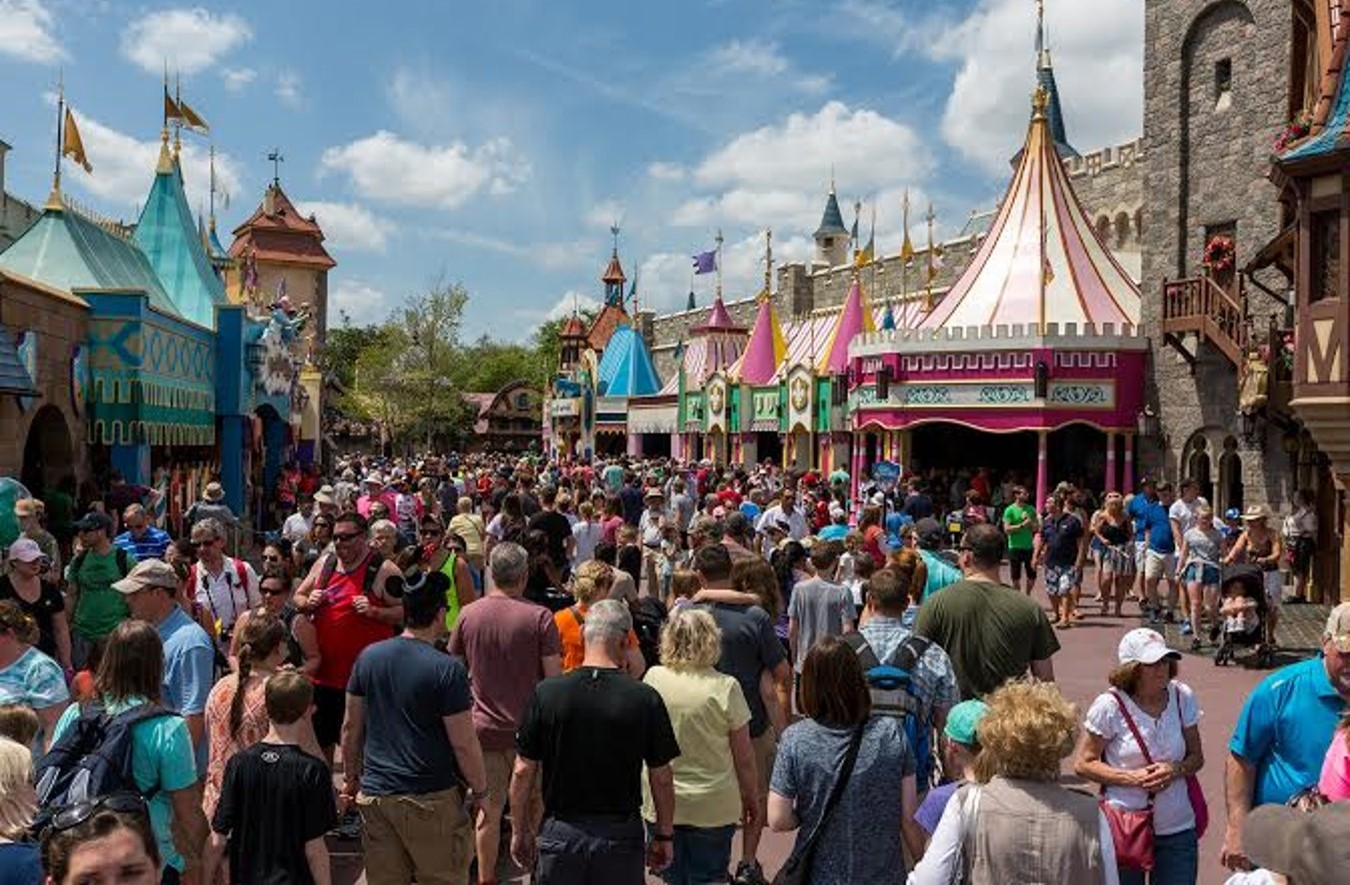 …and during the After Hours event. 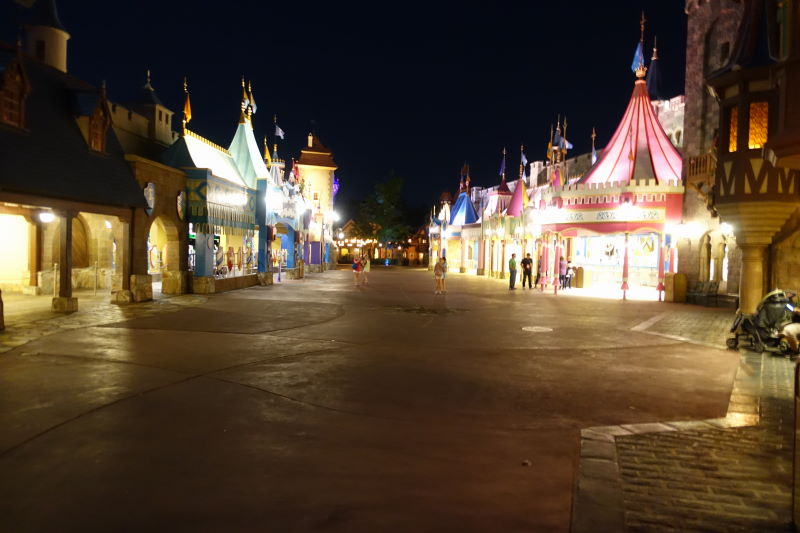 I tested the After Hours event on April 21st, and had a ball. Between 6.30p and 2a I saw 29 attractions and shows, including every single headliner and almost every FastPass+ ride.

If you want to see a lot of Magic Kingdom rides with low or no waits, it is well worth it. The challenge is fitting it into your already existing plans, as the late start—especially for the events that start at 11p—really blows up the next day. 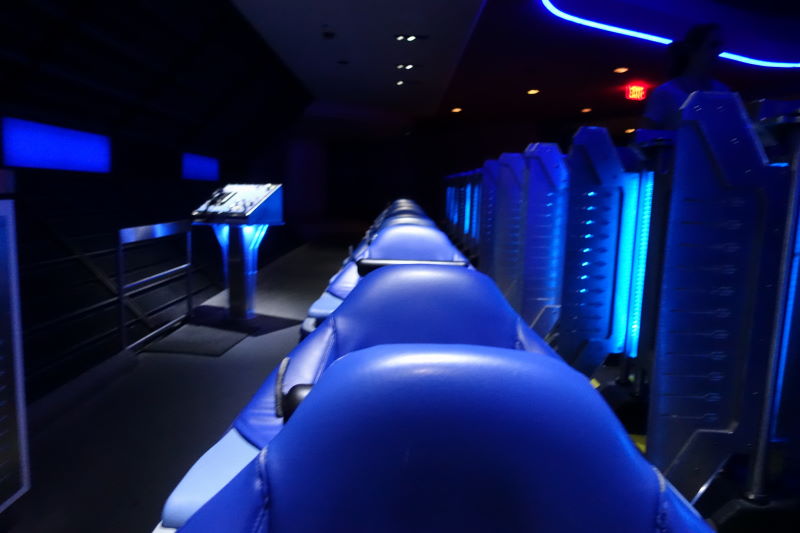 Space Mountain at the After Hours Event

Since most careful Disney World visitors have their plans and their budgets set months ahead, and this event arrived with short notice, it has been really hard for many to fit it into their wallet and put it into their schedules.

If it becomes an ongoing part of Disney World offerings—now is too soon to tell, despite the fact that many have already written it off from lower than hoped-for sales—the ability to plan for it in advance will be a key prerequisite.

I can see it being very successful during many stretches from September through January on days Magic Kingdom closes at 10p or earlier, so long as people have sufficient advance notice to put it into their budgets and plans. Without the ability to plan and budget for it in advance, though, I doubt it will fly. 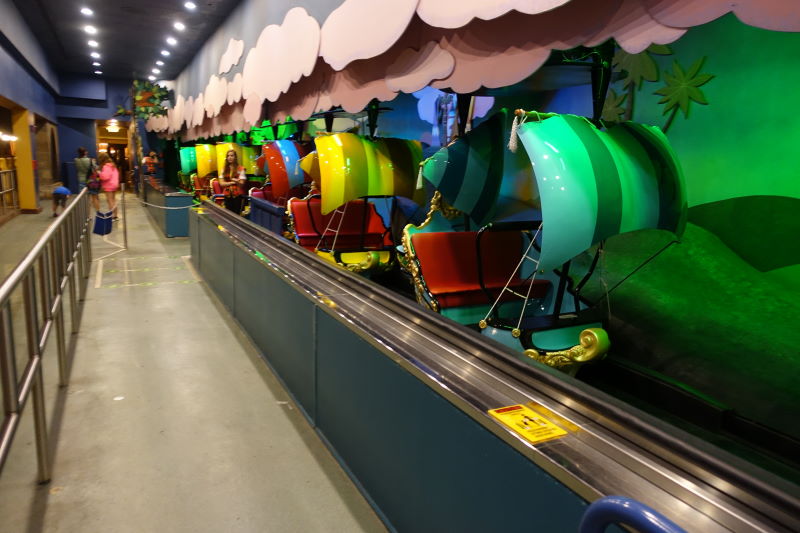 Peter Pan at the After Hours Event

Like most things at Disney World, a successful visit to the event comes from careful planning. 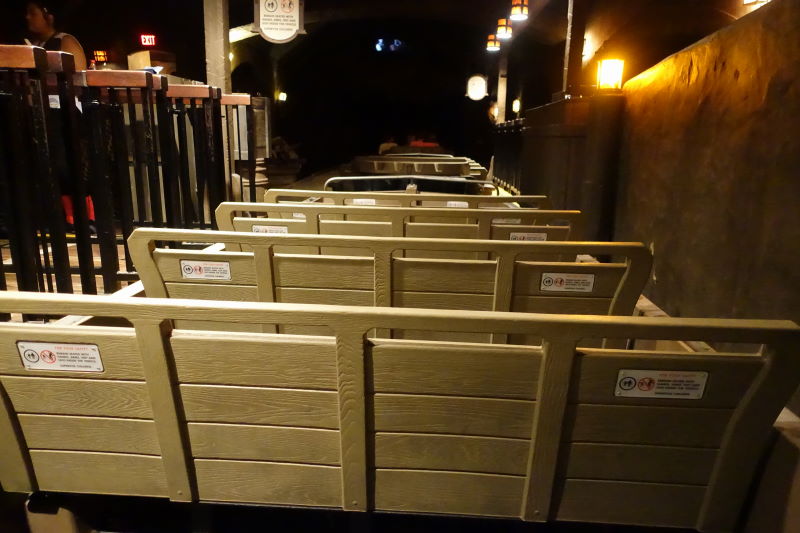 Pirates of The Caribbean at the After Hours Event

Moreover, during the event itself, I targeted the west side of the park first, then Tomorrowland, then Fantasyland. I targeted this way for a couple of reasons 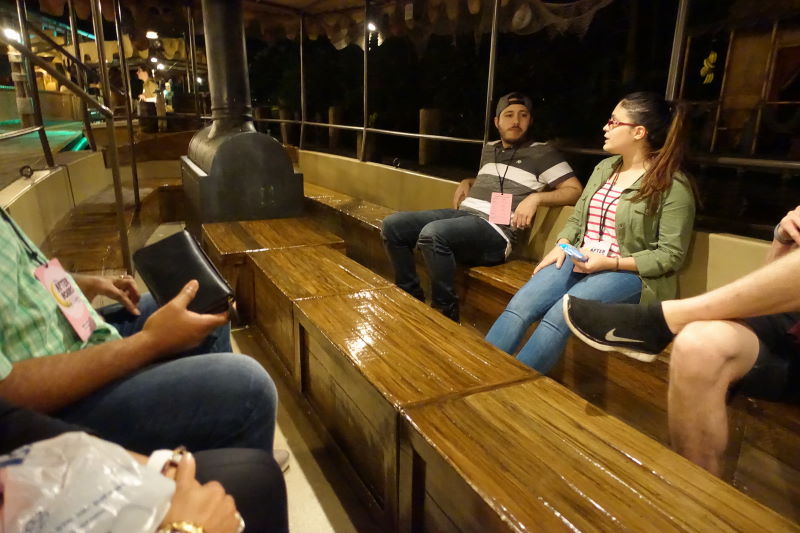 Jungle Cruise at the After Hours Event

In general this worked out great, although I did get trapped by the 11p parade away from Adventureland, so ended up doing Tomorrowland earlier and the Jungle Cruise later than I had planned to. 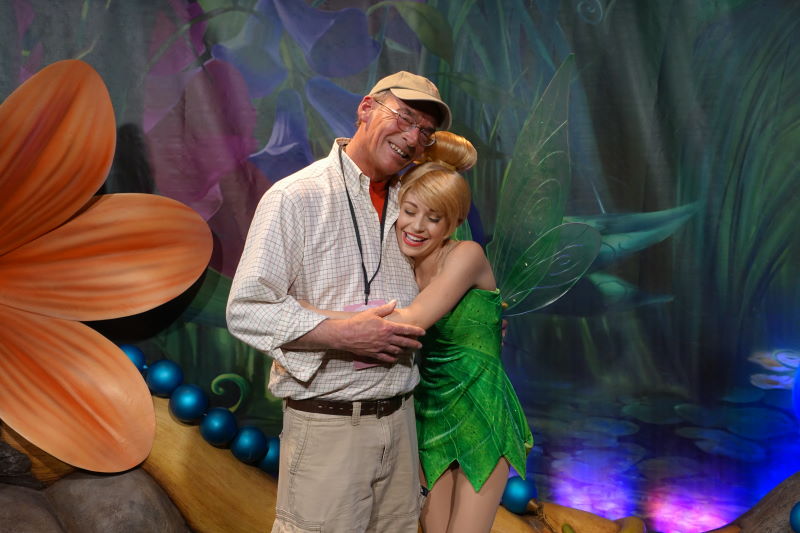 I arrived at 6.30, and here’s the sequence of my visit, with some rough timing: 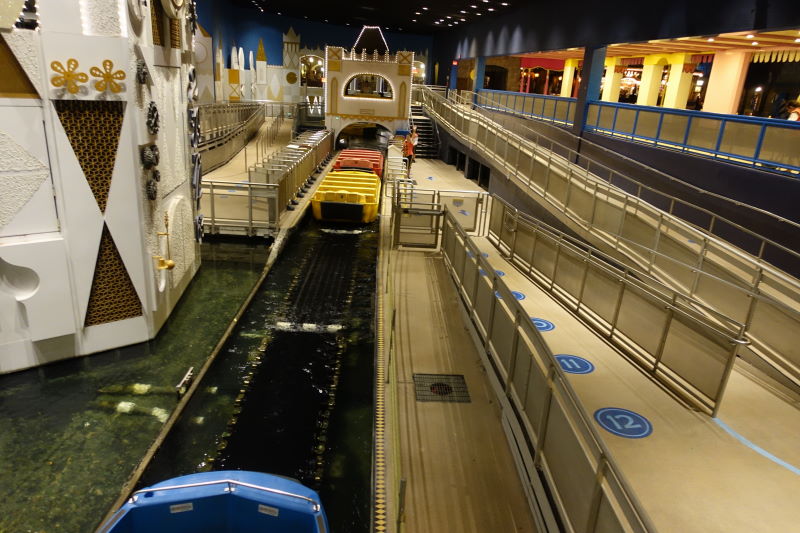 it’s a small world at the After Hours Event 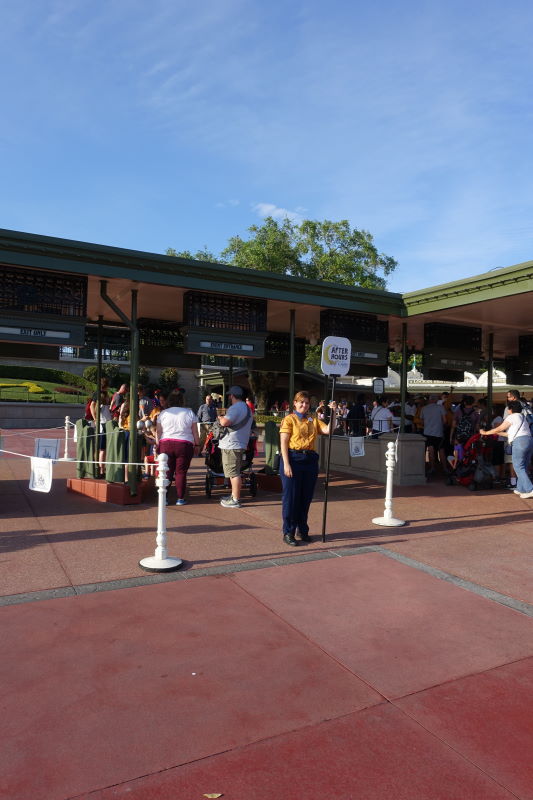 With a 4p arrival, I could easily have added to my visit several of the meet and greets, and many of the Carrousel, Monster’s Inc. Laugh Floor, Stitch, Enchanted Tales with Belle, and Celebrate the Magic. 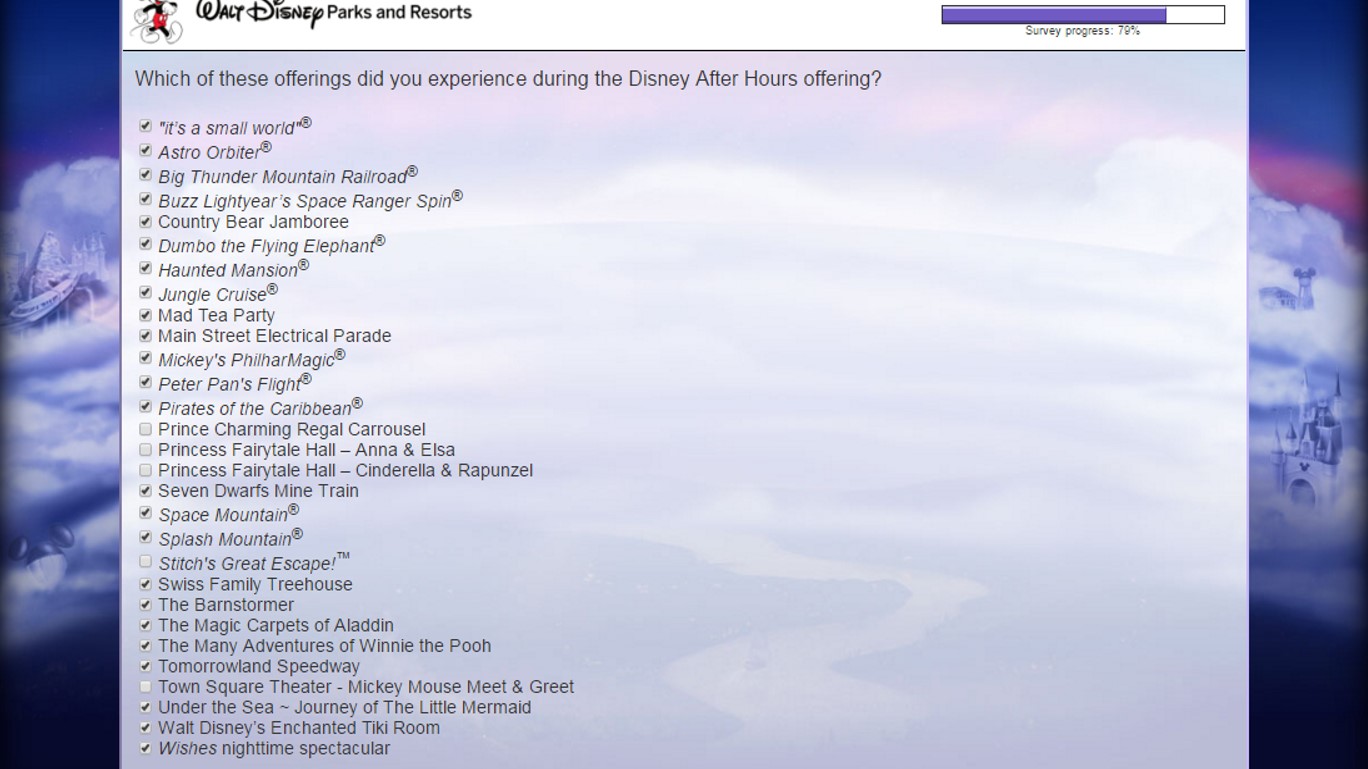 In other words, if I’d arrived at 4p, I would have rides left only for a short afternoon either the same or another day to see the Afternoon Parade and a few other rides–three with FastPass+–and would have seen all of the Magic Kingdom over the course of the event and an afternoon.

(A 10p park close cuts an hour out of the time available to you between 4p and park close. You could shift this hour to the “extra” afternoon, or save an hour by skipping some of your lower priority rides–e.g. skipping the Hall of Presidents and the Liberty Belle would give you back that hour.  However, with this year’s primaries, the Hall of Presidents is approaching thrill ride status…)

Contrast this with the typical approach to the Magic Kingdom, which allocates either two days with rope drops or 3+ days, some with rope drops. Instead of spending two consecutive full days at Magic Kingdom, building an itinerary around the After Hours event can give you back at least a day—e.g. the morning of the event day, and the afternoon and evening of the next day.

However, this requires advance planning, which most have been unable to do for the April and May events.

The After Hours event, besides requiring advance planning and budgeting, is also not for the faint of heart.

Unless the park closes early (which it is not in April and May), you will be up really late—at the park til 1 or 2a, and add another hour to hour and a half to get back to your hotel, settle in, and fall asleep. 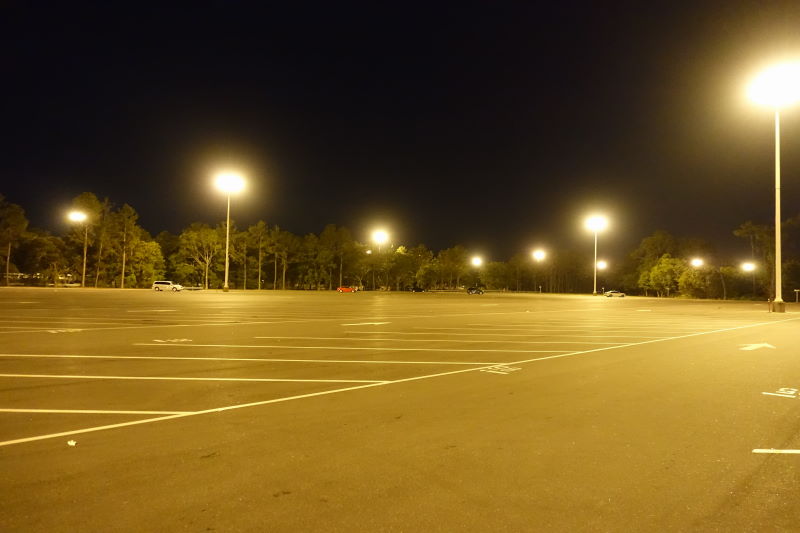 Magic Kingdom Parking Lot 2.15a at the After Hours Event

(Finding your car and getting out of the parking lot will not be an issue.)

Taking full advantage of the minuscule waits requires the ability to stay up late, a good plan, sound knowledge of Magic Kingdom, and brisk movement.

For these reasons I can’t recommend it to first timers.

But if it is continued in the fall, with sufficient advance notice that you can plan around it and budget for it, then the After Hours event can be a very good idea for returning visitors who know the Magic Kingdom well and want to grab an extra day out of their trip.

previous post Cabins, Crowds, and Cowrillas: An Update on My Visit Last Week
next post Loop 2100 Cabins Are Gone, Will Not Be Refurbed