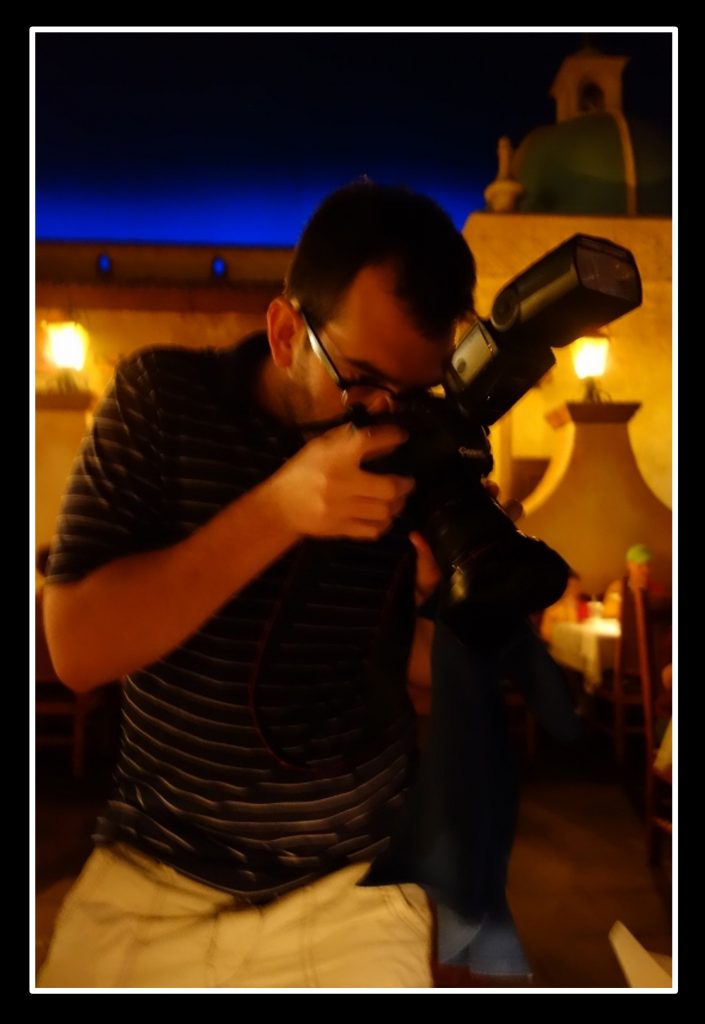 A bad photo of Josh taking a good photo of something he didn’t order at a place he didn’t want to be.

My friend and co-author Josh Humphrey (easyWDW) died March 10th.  I’ve noted that only a few places on this site, partly because I will write the story of me and Josh one of these days. I did not know him as well as some, but I knew a part of him pretty deeply.

(Update: per Micah, his family made the difficult decision to shut down his site and forum in mid-July. Folks can talk about that in the comments on this page.) 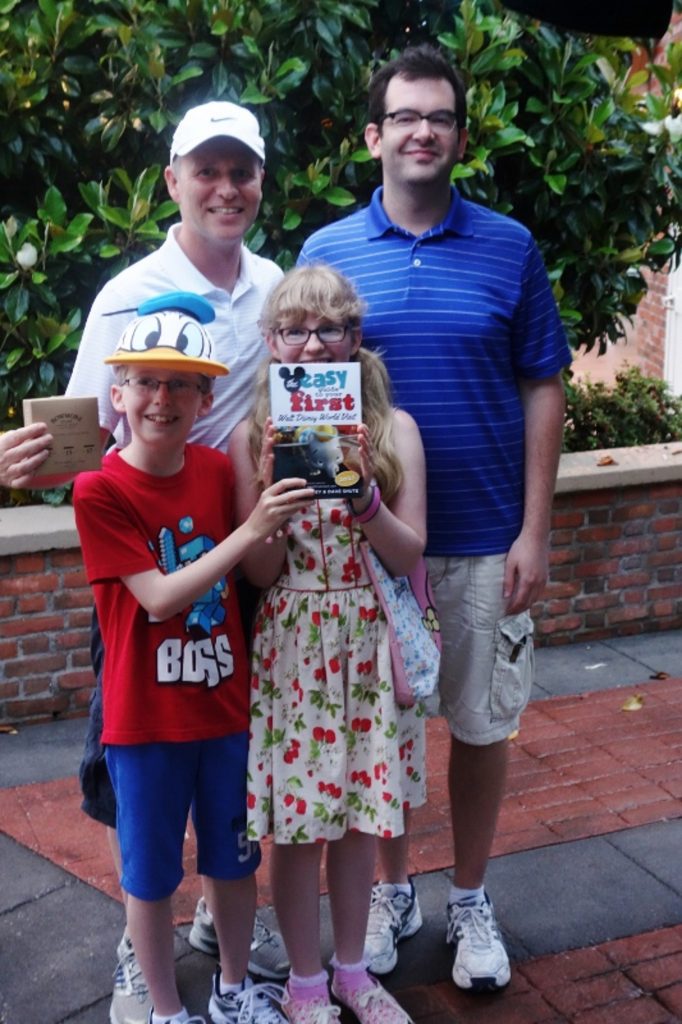 Our book will be the centerpiece of that story when I tell it, but it’s kinda the McGuffin—that is, the unimportant thing that was the cause of our relationship, which was the important thing, and what I hope to capture.

However, a great and detailed tribute from/orchestrated by Derek Burgan came out this morning that I needed to share—it’s here.

While I’ll have much more to say later, for now–rest in peace, my beautiful friend.   Even Dora misses you…