A Friday Visit with Jim Korkis: The Legend of Sleepy Hollow 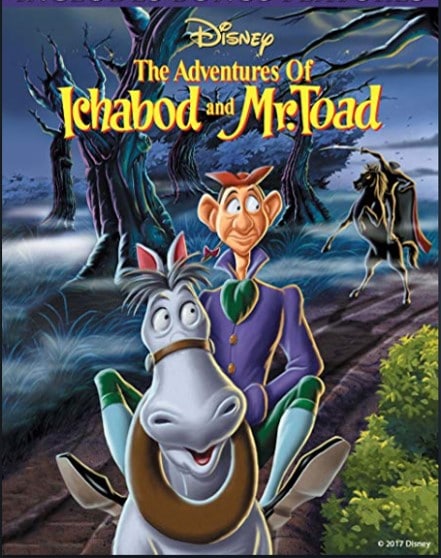 THE LEGEND OF SLEEPY HOLLOW

The Legend of Sleepy Hollow, written by Washington Irving in 1820, is a classic scary tale with iconic characters like Ichabod Crane and the Headless Horseman. Walt Disney decided to retell the story in the package animated film The Adventures of Ichabod and Mr. Toad (1949).

On October 16, 1957, Imagineer Ken Anderson submitted to Walt a concept for the haunted house at Disneyland that included this frightening finale that guests would have seen outside a huge picture window in the living room:

“Commence with a windy moonlit night with the reflection of the moon in the bayou beyond the graveyard. The clouds will obscure the moon and distant flashes of lightning and sounds of thunder will next be heard. While the sky is darkening, the ghostly apparition of the Headless Horseman will fade into view or appear from behind a distant tree and gallop toward the graveyard and house from right to left foreground.

“He will disappear behind some trees to the left, but the sound of his horse’s approaching hoof beats will continue to grow louder. Suddenly, he bursts into view in the courtyard just outside the windows and gallops across from left to right… reining to a noisy halt just out of view below the balcony on our right.

“His cape is the only part of him we need to see at this last crossing, since the shrubs will obscure the horse. His cape must match in color and value with the previous projected mirage. Next, a bolt of lightning against the sky and a werewolf’s howl signal the appearance of the ghosts rising from the tombs, first one, and then two, and more, until ghosts are materializing from the earth around the tombs as well as the tombs themselves.”

When Liberty Square was being built at the Magic Kingdom in 1970, Imagineer Tony Baxter pitched the idea of a dark ride based on The Legend of Sleepy Hollow to help the transition of the intersection from Fantasyland to Liberty Square. Guests would have ridden in hollowed-out spinning jack-o-lanterns through a variety of scenes until the final confrontation with the headless horseman.

The exterior architecture of the Sleepy Hollow food and beverage location at the entrance to the land across the bridge from the Hub to Liberty Square is based on the tiny, two-room cottage that writer Irving purchased on ten acres along the banks of the Hudson River in Tarrytown, New York.

Irving spent many years remodeling and expanding the residence, combining elements of colonial New York architecture and buildings he knew in Scotland and Spain. He named it Sunnyside in 1841, and history shows that it was usually busy with lots of friends and family. The food and beverage location offers a collectible plastic drinking stein with a scared Ichabod on one side and the Headless Horseman on the other.

When the shop building opposite the Hall of Presidents was converted and reopened February 1996 as Ye Olde Christmas Shoppe, one of the new stores was devoted to music.

Outside the music shop was a sign stating “Music & Voice Lessons by appointment Ichabod Crane, Instructor”, something Ichabod did in the story to earn some additional money from his regular teaching assignment.

The spooky Headless Horseman rides from Frontierland to Main Street U.S.A. in advance of each performance of Mickey’s “Boo To You” Halloween Parade as part of the separately ticketed Mickey’s Not-So Scary Halloween Party.

In addition, during the Halloween season starting in 2017, the Fort Wilderness Resort and Campground offered “Return to Sleepy Hollow” that includes a group viewing of the Disney animated film inside the Tri-Circle-D Ranch stables. And during event nights, guests get to see galloping ghosts and experience an up close and personal encounter with the Headless Horseman.

Previously for several years during the Halloween season, Fort Wilderness offered a roughly twenty minute Haunted Hayride that was a spooky trip through the swamps down along Bay Lake with the climax being a close encounter with the Headless Horseman. Then it became Haunted Carriage Rides and then was completely discontinued after 2012.

In the meantime, check out his books, including his latest, Disney Never Lands, and about planned but unbuilt concepts, and Secret Stories of Walt Disney World: Things You Never You Never Knew