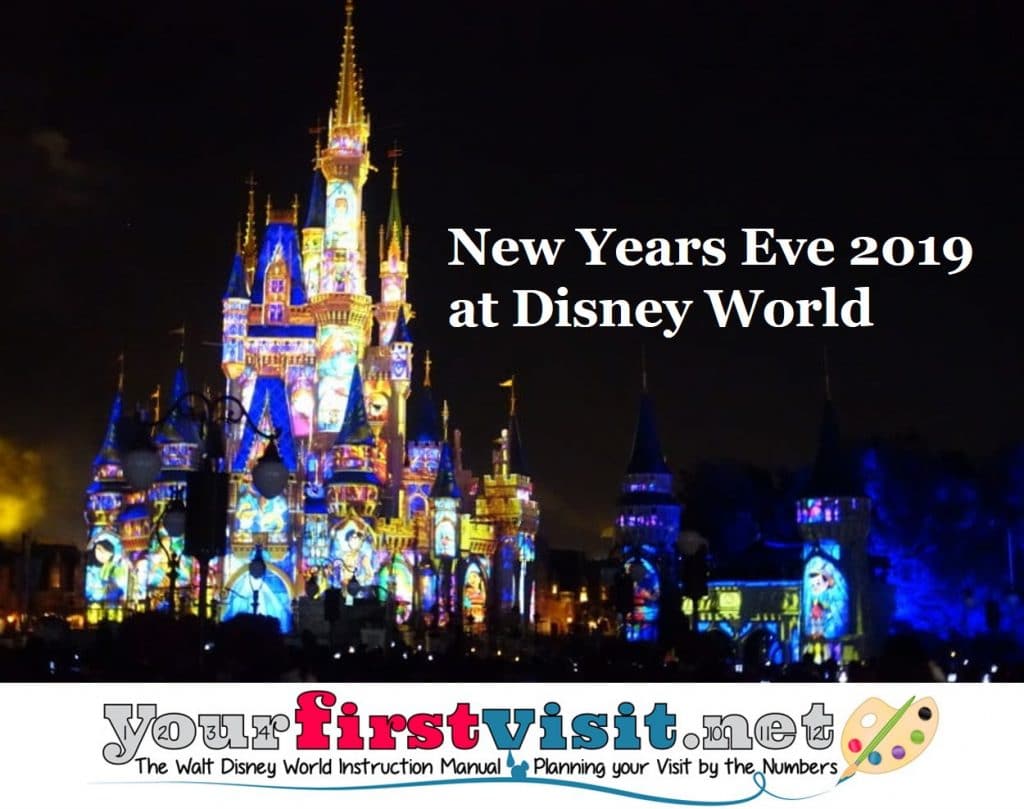 The Animal Kingdom in the past has had no special New Years fireworks events–usually attributed to not troubling the animals. In 2019, it will have  a special midnight show at the Tree of Life, but still no fireworks. This makes it the best park to visit for those trying to avoid crowds. Everything will be wildly crowded, but the Animal Kingdom will be less so.

Disney closes parks due to crowding often on New Year’s Eve. “Closes” means closed to additional guests–those in the parks do not have to leave.

IF YOU ARE FOLLOWING MY HIGH-CROWD ITINERARY

My recommended itinerary puts you in Magic Kingdom on New Year’s Eve.  High crowd indeed. From a crowds point of view, the best park choice is Animal Kingdom, so you could swap First Sunday and Tuesday.

If you want to see the fireworks at Magic Kingdom, but on the (slightly) lower crowd 30th, swap instead Monday and Tuesday.