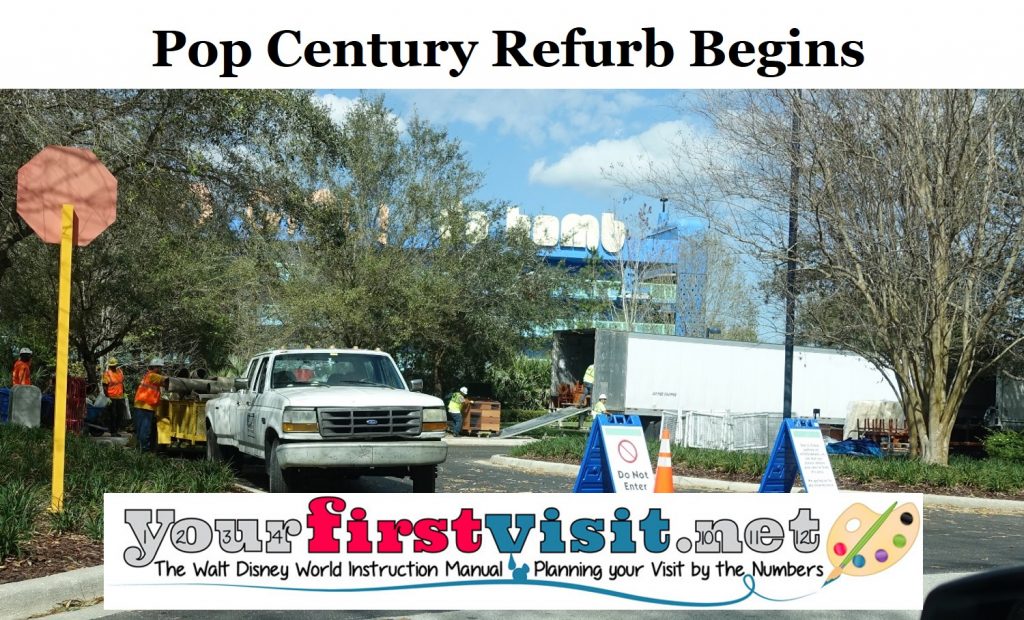 This morning before I drove to the airport I checked on Pop Century, and discovered its refurb has begun. 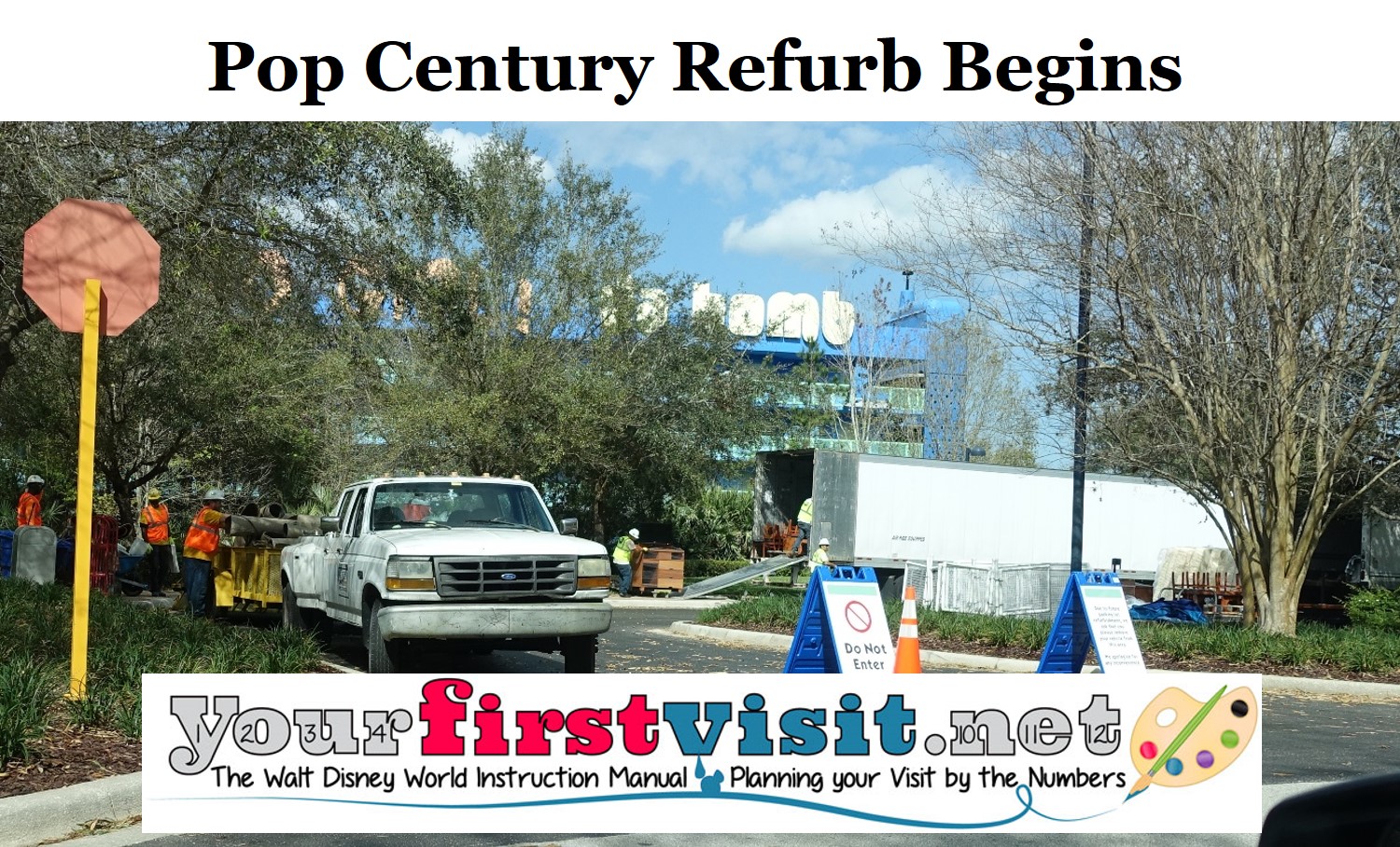 Carpets and furniture were being pulled out of the first floor east wing of Building 8, the 90s building. 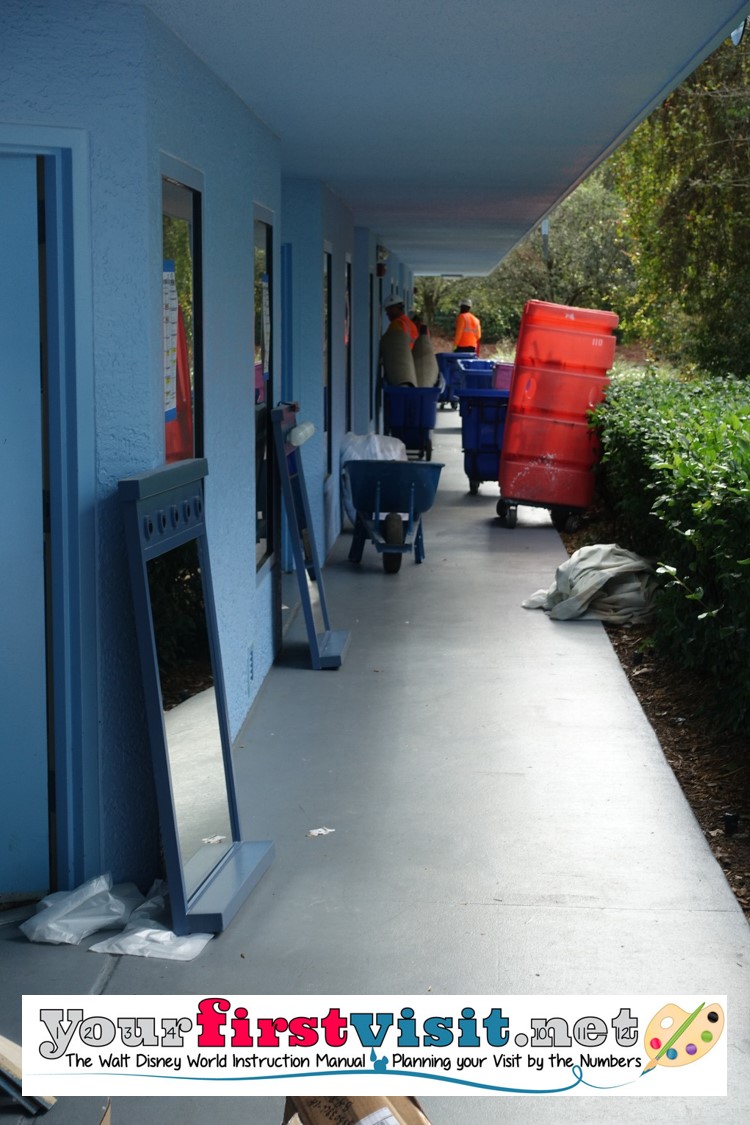 Somewhat surprisingly, people were staying in rooms just ten yards away, around the corner on the south first floor wing.

I did go by before check out time, so maybe they will be out today. The alternative—that rooms will be pounded on in the same building that people are staying in—would be annoying. 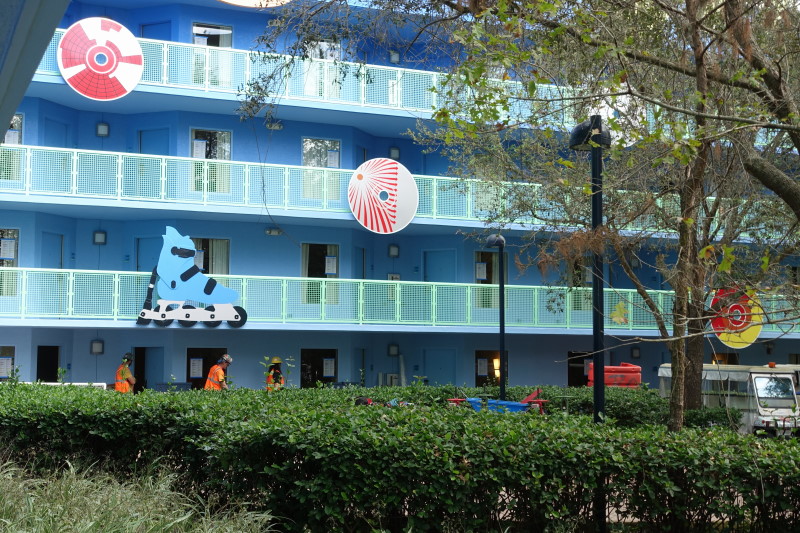 Multiple leaked photos of test rooms have suggested that the refurbed rooms will include a queen bed, a fold-down full bed, and (in a first for standard rooms in the value resorts) a coffee maker. 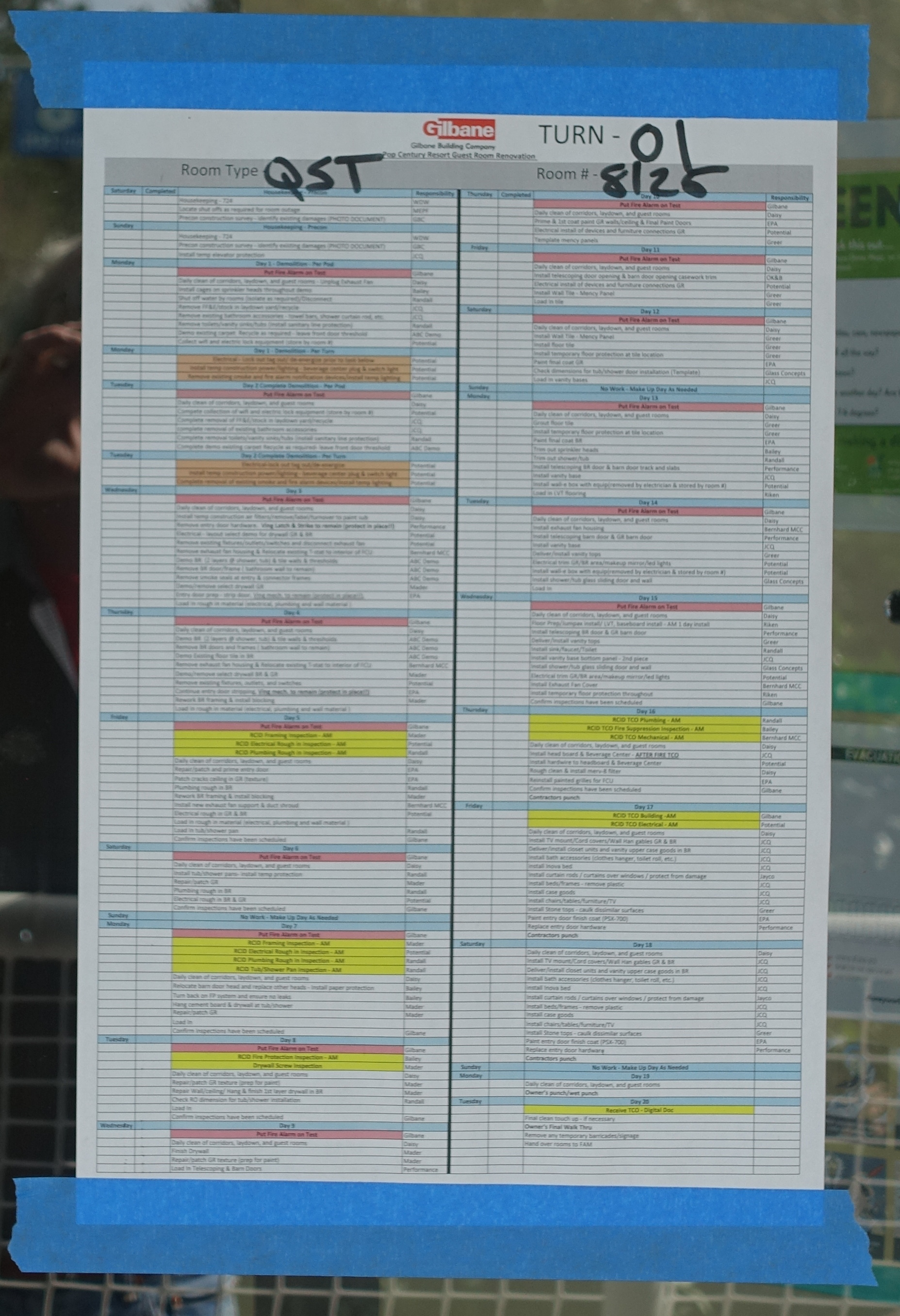 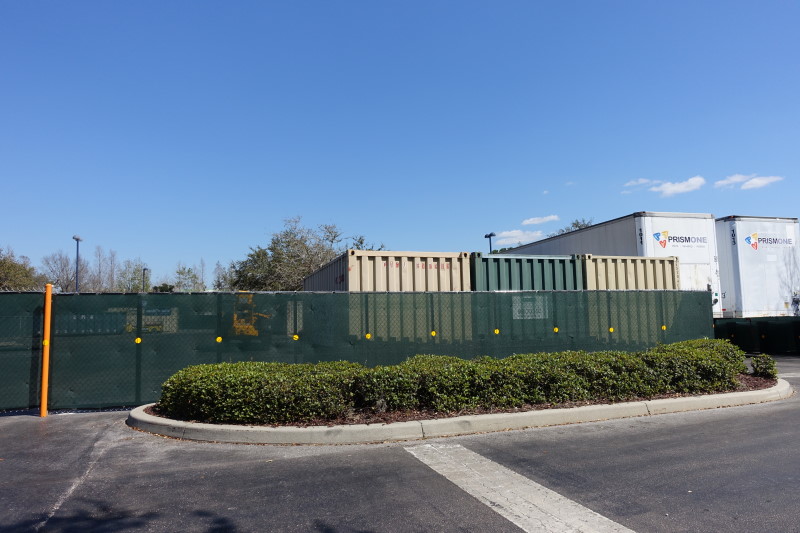 Staging of furnishings, etc., is over in the lot between Building 7 and Cars at Art of Animation, so likely the sequence of refurb will go roughly south to north, or 80s/90s to 50s.

I’ll let you know more once some of these refurbed rooms re-open!