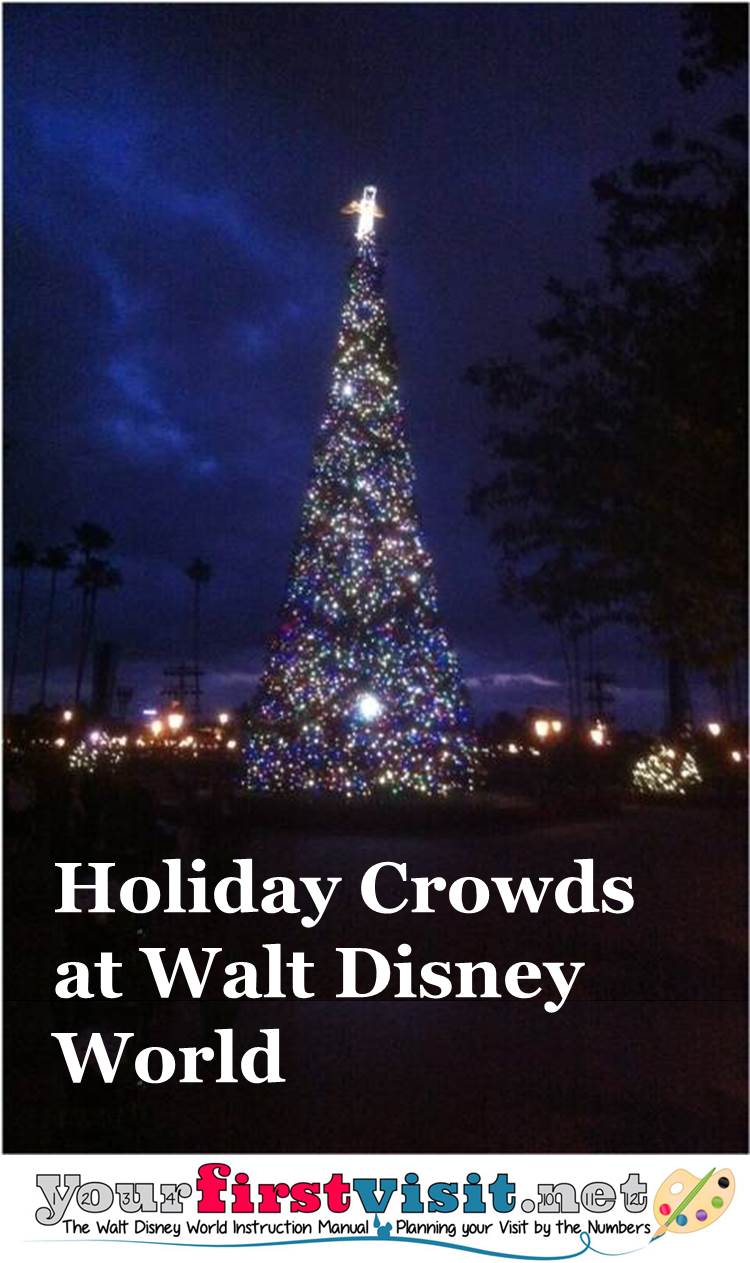 This is for a pretty basic reason: kids are out of school these weeks.

However, not every school district has the same break schedule.

In 2015/2016, more kids are out  New Year’s week than early in Christmas week, but there’s still plenty enough on break Christmas week to wildly crowd the parks…

In 2015, a Friday Christmas, and the patterning of school breaks around it, will make it easy for many families to head to Walt Disney World either week.

So almost all kids will be off all of the week that includes New Year’s Day, and unlike some years–like 2013–both weeks will be really lousy all week long. 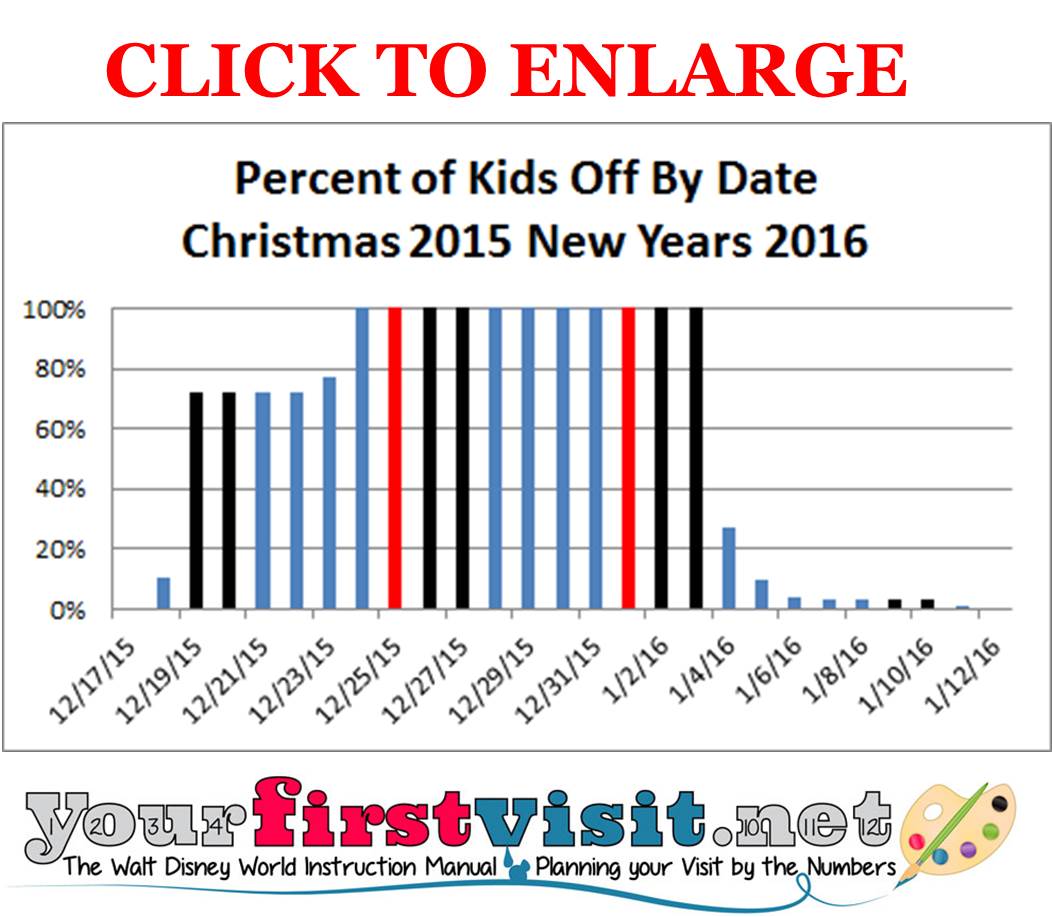 It’s based on data from a weighted sample including more than 160 of the largest relevant US public school districts.

(For how the database is built, see this.)

The weekends are in black and the two holidays–Christmas and New Year’s Day–in red.  Click the image enlarge it.

You can see that many breaks begin Saturday the 19th, with hardly any kids on break before then, but almost 30% of kids are still in school the first three weekdays of Christmas week.

By Christmas Eve, though, everyone is out, and pretty much everybody stays out of school through January 3, 2016.

So I’ve classed both weeks as 11/highest crowds, but of the two, New Year’s week will be the worse.