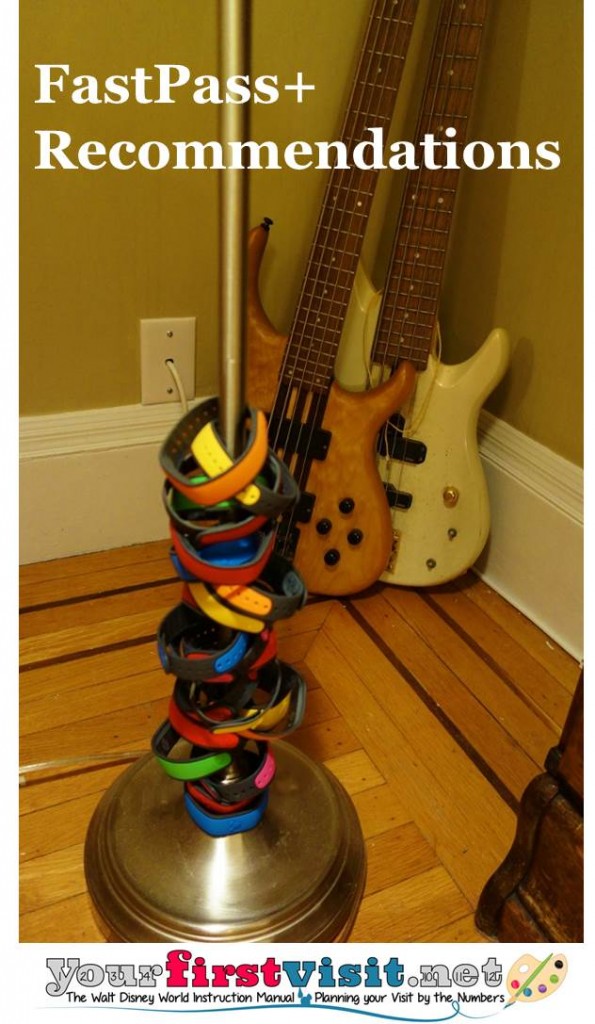 This site posts recommended itineraries for first time visitors, and for each also a To-Do List.

I revised all the itineraries for June through October visits months ago for FastPass+ (months ago so that people could get their dining at the 180 day mark).

Last week I added suggested FastPass+ targets to the To-Do Lists (because 60 days before the first relevant arrival date is April 1).

I’ll have daily agendas for these out in April, but with what you’ve got now, you can book both dining and FastPass+ for your visit the first day available.

Moreover, as Disney posts its operating hours for future months, I’ll continue to add recommended itineraries and To-Do Lists tuned to the specifics of each week.

The daily recommended FastPass+ generally follow the  principles laid out later in this post, but modified for the actual number and timing of days each itinerary has you in each park.

I published back in August 2013 FastPass+ selection principles. Tested over more than 30 days of park visits using FastPass+ since then, they are still right and so I’ve have copied them below.

These assume that most days you will still arrive at the parks early in the morning, well before opening—which is typically nowadays 8.45a everywhere but the Magic Kingdom, which is still going with a 9a opening.

Arriving plenty early means you can experience at least one more headliner with a low wait beyond what you can get to on FastPass+.  Since you will be limited (at least for now) to 3 FastPass+, with no repeats, this is a big deal.

So based on this, and on what’s being offered right now for FastPass+, here’s my suggestions by park:

Epcot: Plan to arrive early and see Test Track.  Target for FastPass+ first Soarin, then Turtle Talk with Crush,  and then Spaceship Earth (the last two aren’t that hard to get now, but I predict they’ll become tougher as FastPass+ takes more of their capacity).

Disney’s Animal Kingdom:  Plan to arrive early and see Expedition Everest.  Prioritize Kilimanjaro Safaris as your first FastPass+ selection, then Festival of the Lion King (once it re-opens), then Finding Nemo—the Musical. (These last two aren’t that hard to get it to now, but their schedules can otherwise be awkward, and I expect they’ll become tougher to access as FastPass+ takes more of their capacity.)

FASTPASS+ AT THE MAGIC KINGDOM 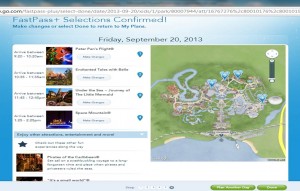 Magic Kingdom: Much tougher, as there are many rides that build long lines quickly.

There’s enough there for two or three days’ worth of FastPass+ at the Magic Kingdom while extra headliners are available, and even more days if the number of headliners on offer gets tiered.

Moreover, there’s number of great rides not on these lists, because I’m expecting that with their high capacity they should have OK waits—these include Pirates of the Caribbean, the Haunted Mansion, and Mickey’s Philharmagic.

So here’s the thought for now:

So for as long as you can book multiple headliners per day up to 3, here’s a suggested approach for dates before the Mine Train is available: