Photo Tour of a Refurbed Studio at Kidani Village 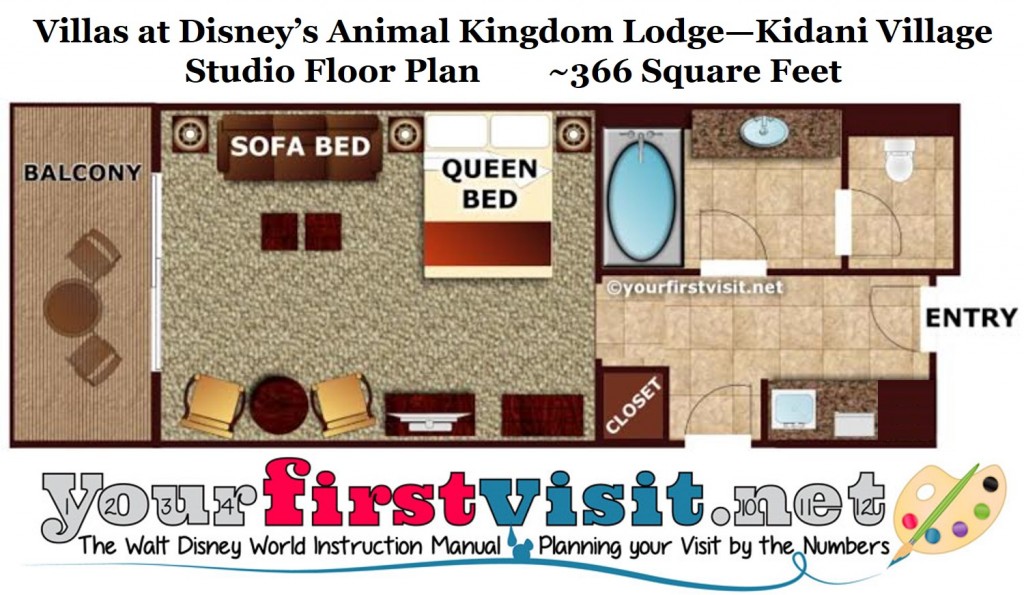 (For the first page of this review of Kidani Village, see this.)

PHOTO TOUR OF A REFURBED STUDIO AT KIDANI VILLAGE 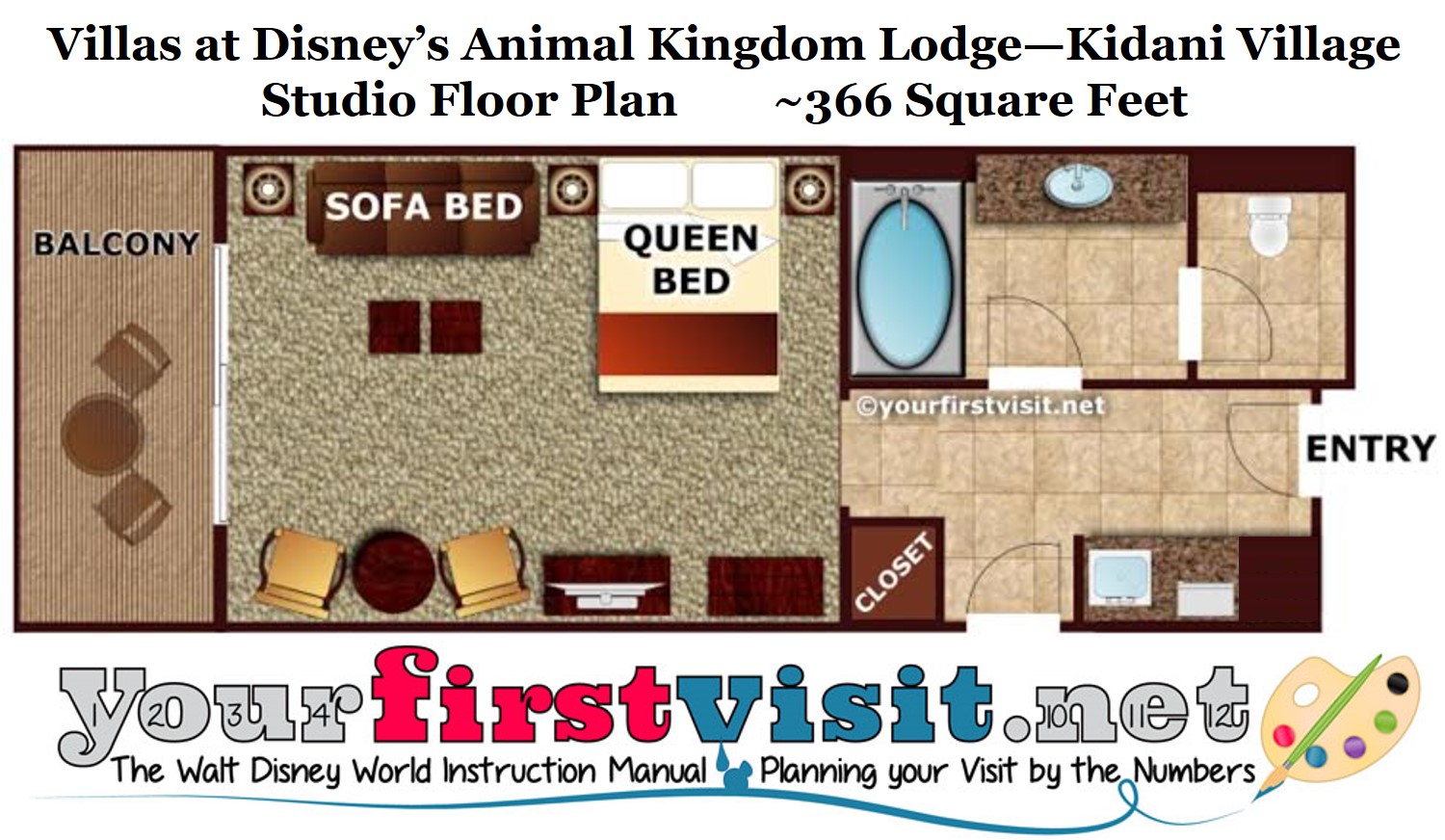 All Kidani rooms are seeing a minor refurb–this is expected to be completed in early 2017. I stayed in refurbed Studios twice in later 2016, and the images of this photo tour are from those visits. 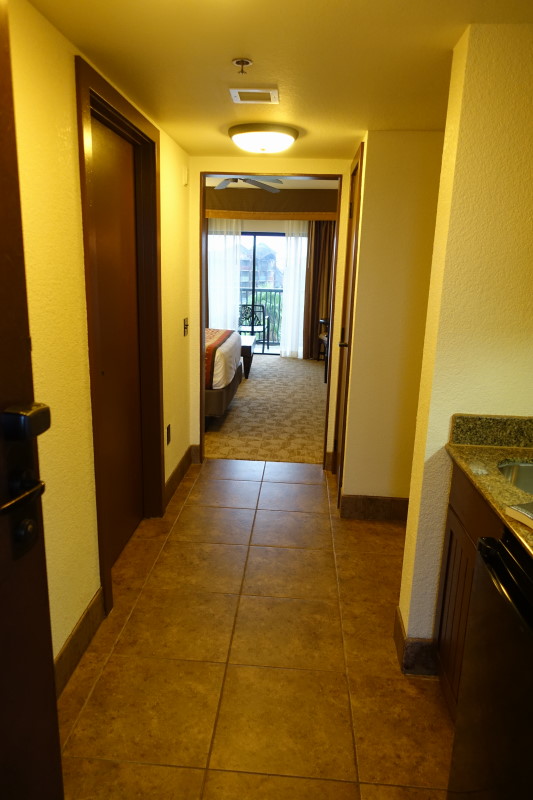 The entry from the hall.

One side of the entry has a mini-kitchen and a small closet. 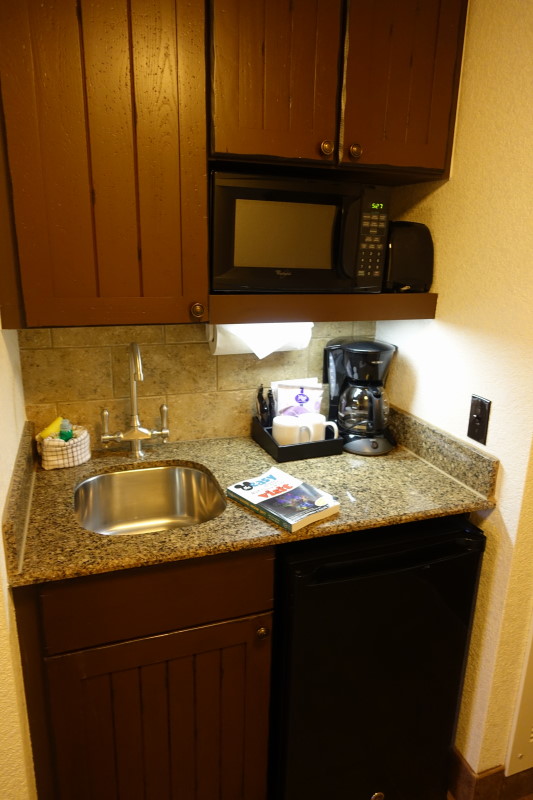 The mini kitchen has a coffee maker, toaster, microwave and mini-fridge. 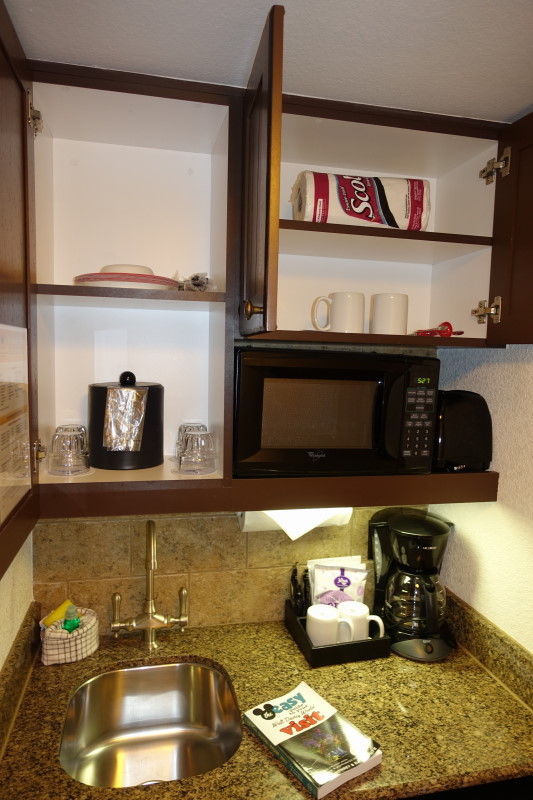 The supplies that come with it. 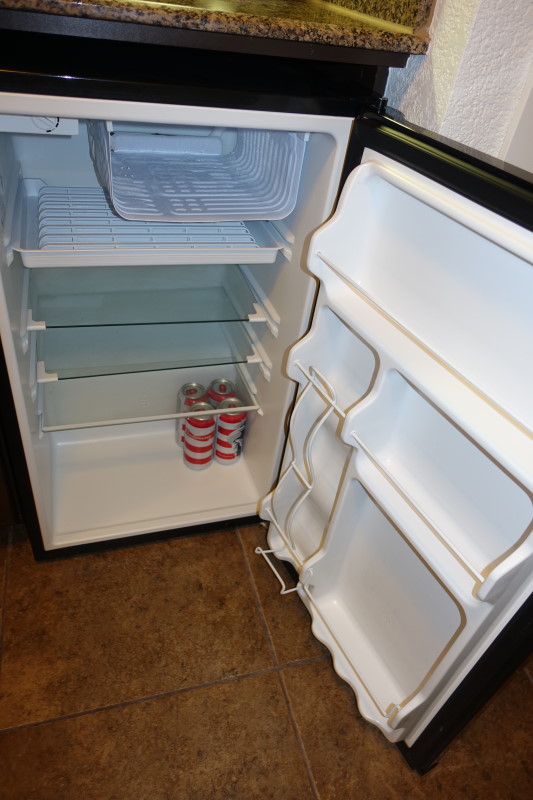 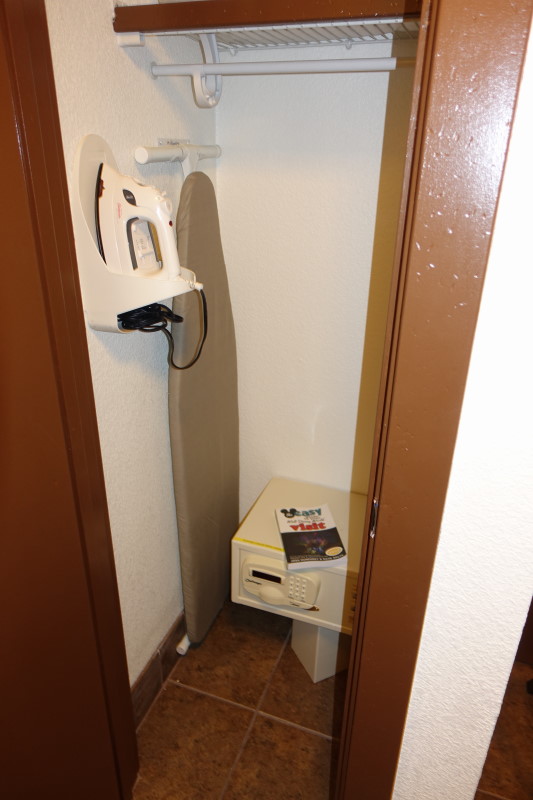 The small closet–there’s another clothes storage space in a wardrobe in the main part of the room. 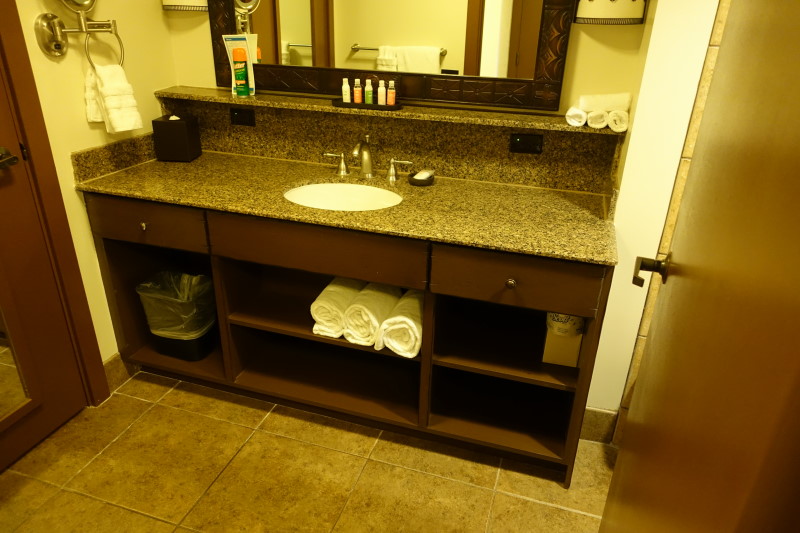 Across the hall you’ll find the divided bath, with the sink… 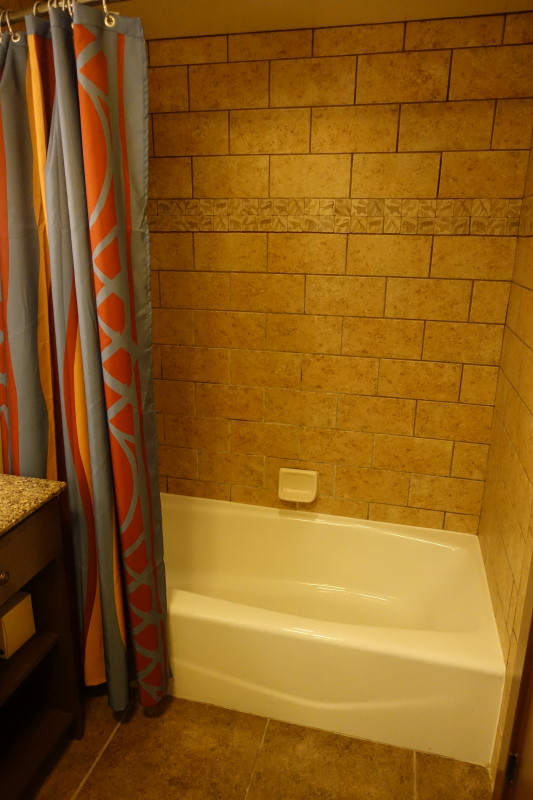 …and tub/shower on one side… 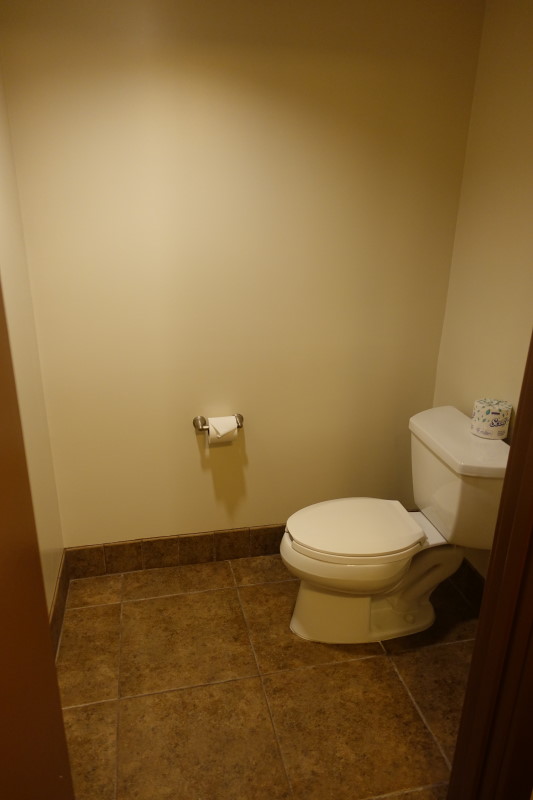 …and a toilet in its own space on the other. I think a better way to have divided this bath would have been to have put the tub and the toilet into their own private space, keeping only the sink in the other space. 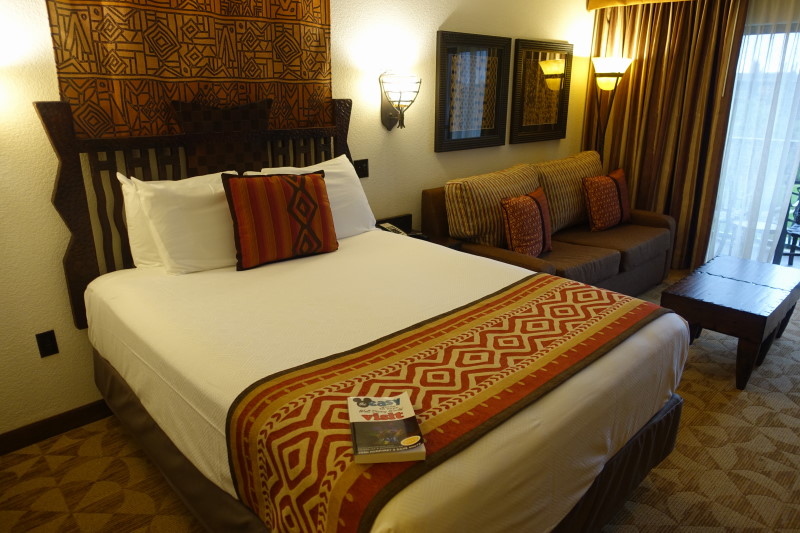 Deeper in the room you’ll find on one side a queen and a fold-out sofa. 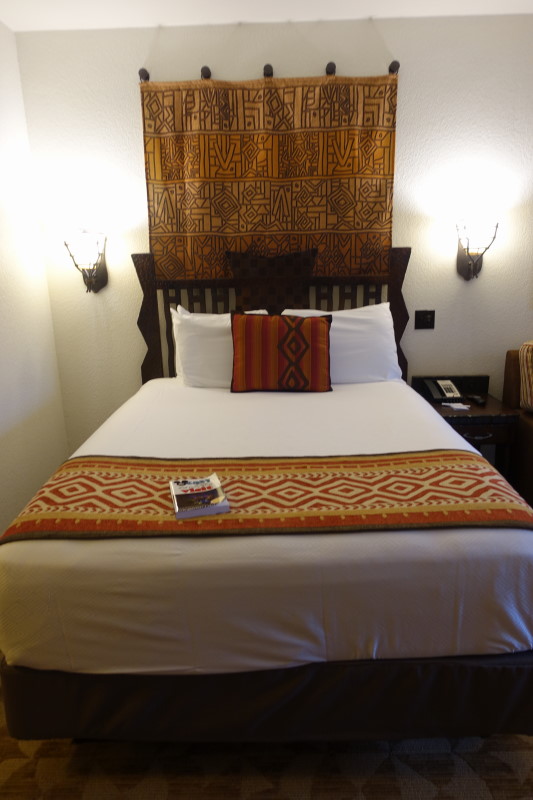 A closer view of the queen. 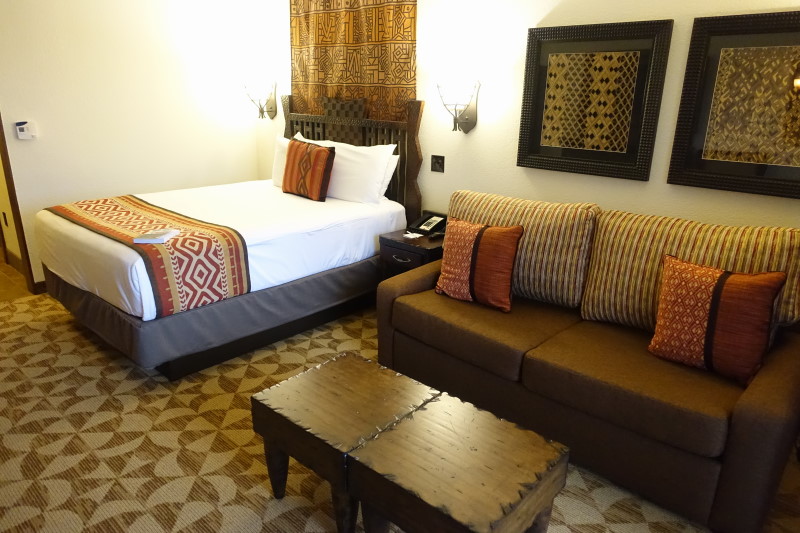 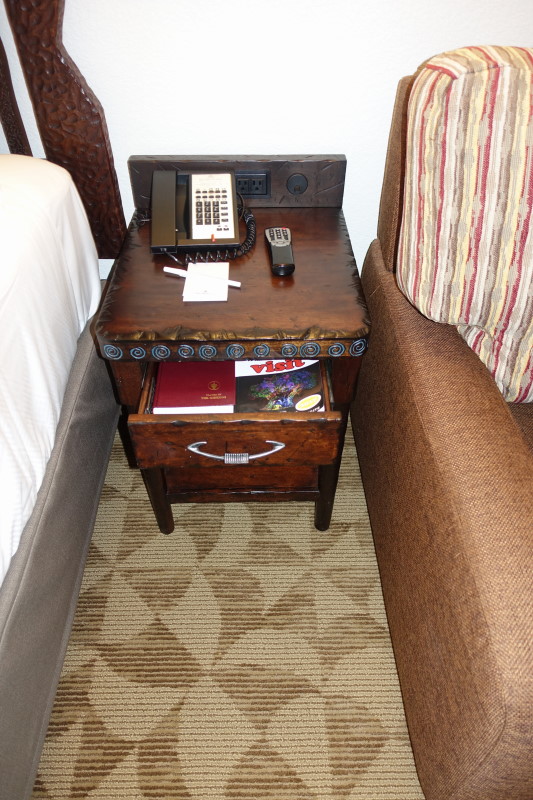 Between the bed and sofa is this small bedside table, with a bit of storage and also added power points. 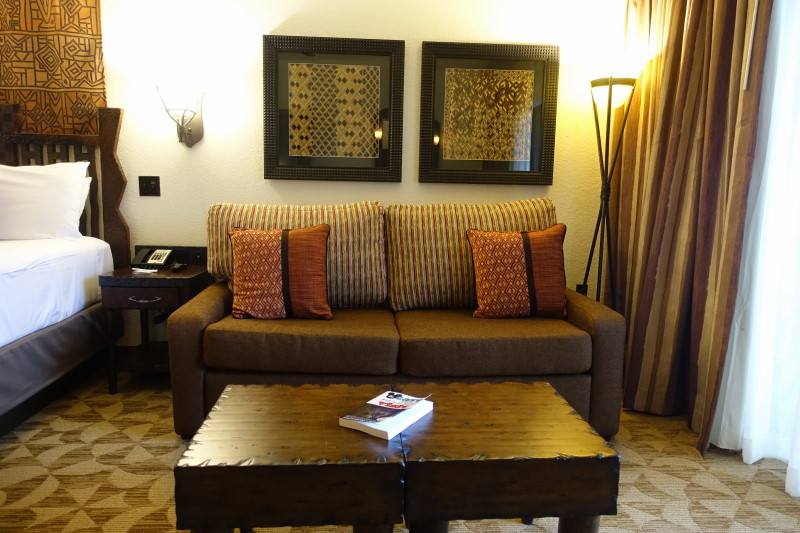 The sofa folds out into a bed which I measured as 60 inches wide by 79 inches long.  The cushion is only around three inches deep, so I would not plan to sleep adults or larger kids on it. 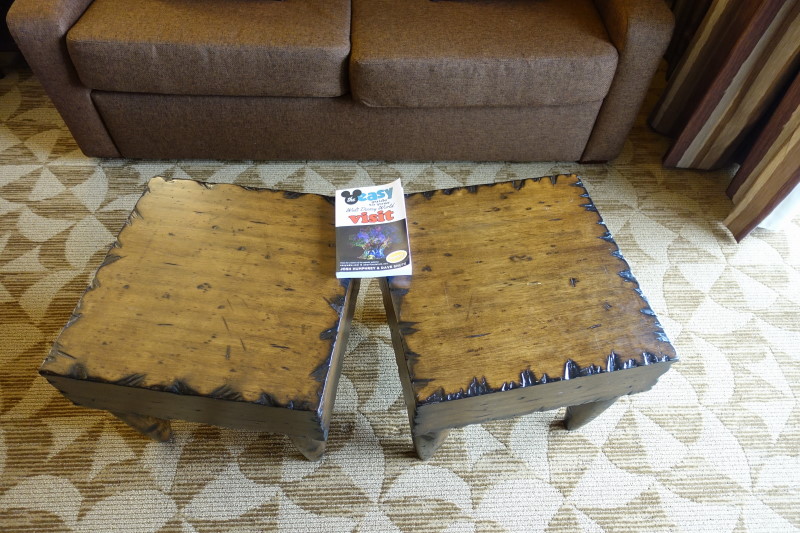 The coffee table is split, making its parts easier to move when you need to unfold the bed, and I suppose also more flexible. 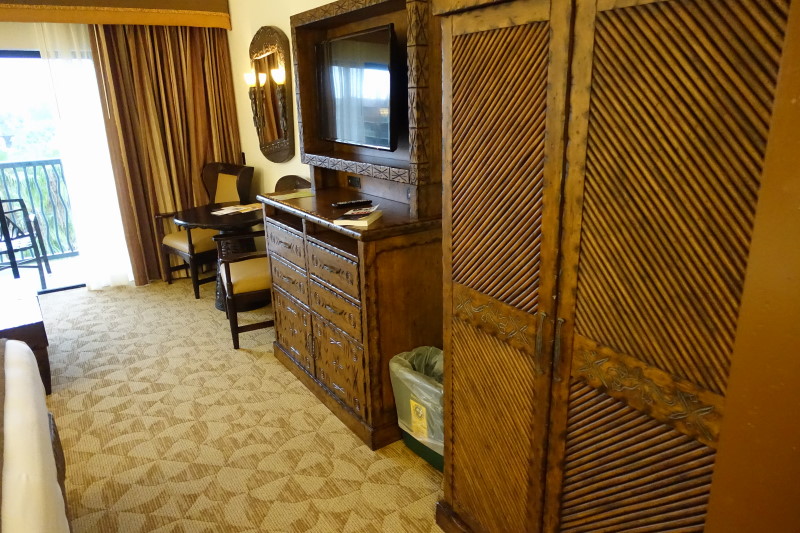 The other side of the room has a wardrobe, TV/dresser combo, and table and chairs. 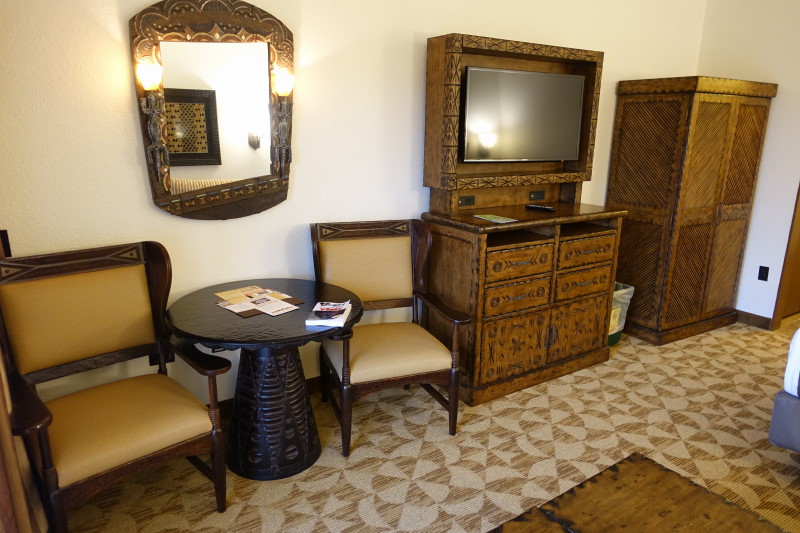 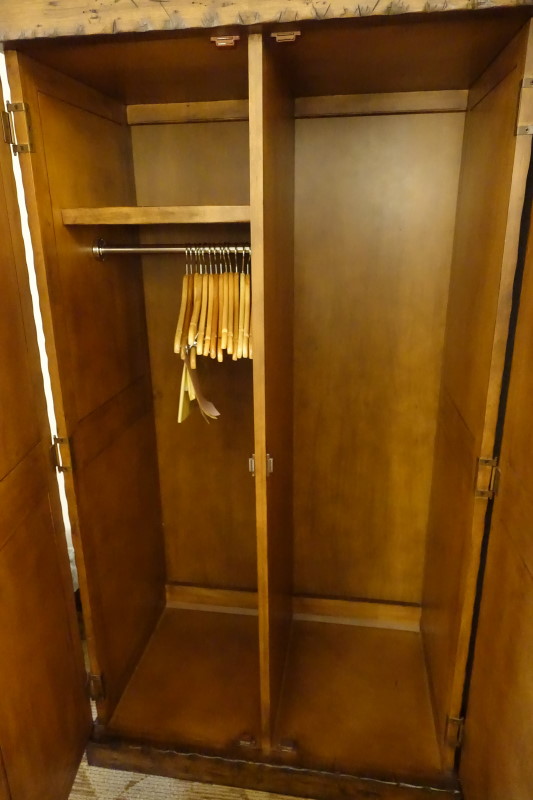 The wardrobe, when combined with the small entry closet, creates plenty of hanging room. 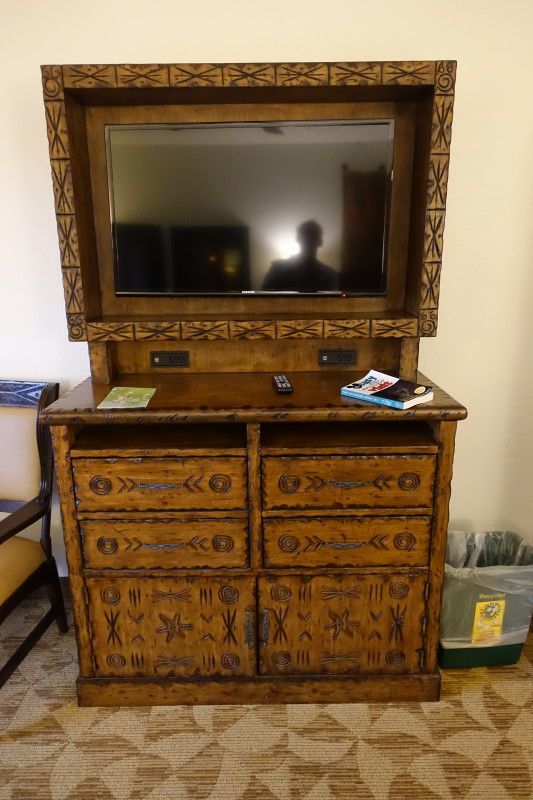 A closer look at the dresser/TV combo. 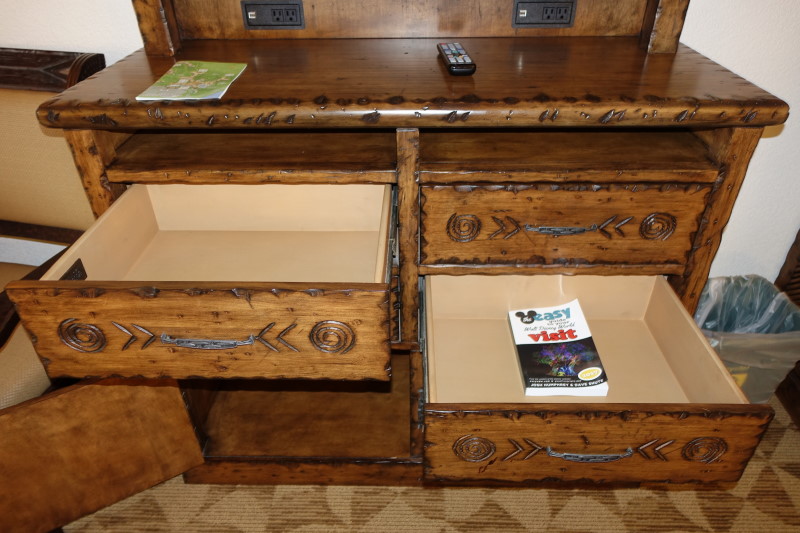 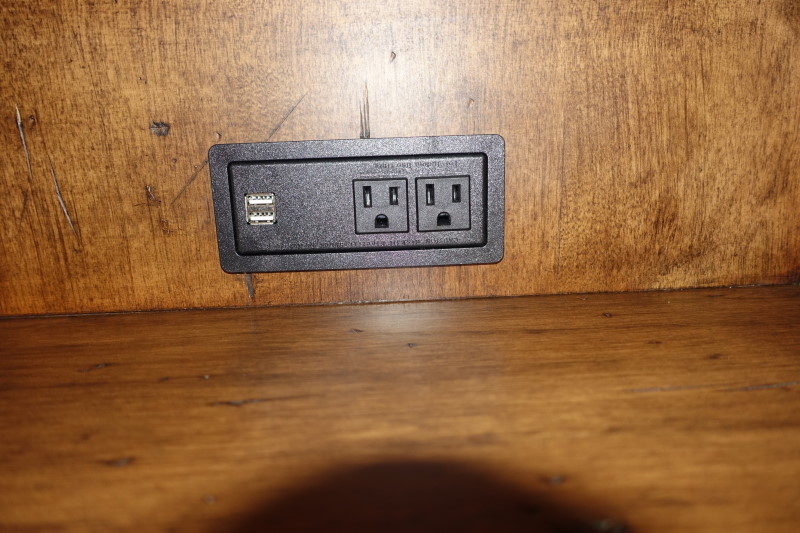 …and also has two sets of added power points, left and right. 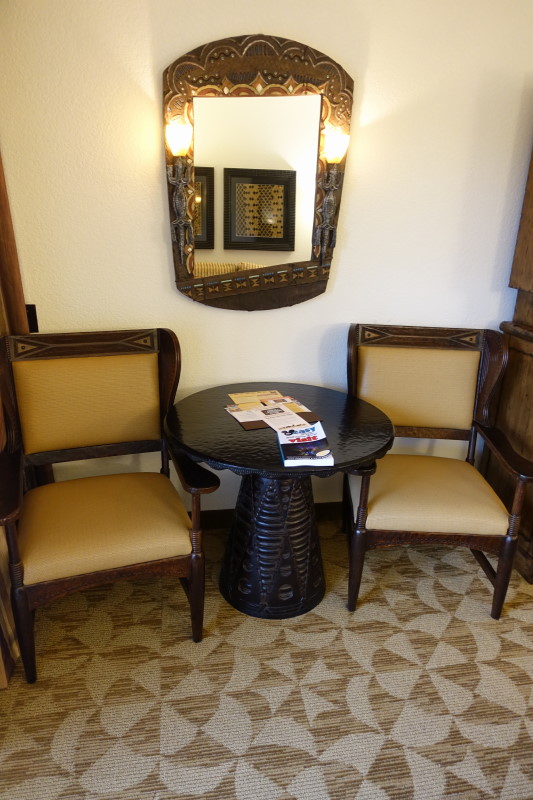 The last furnishing on this side is a table and chairs. 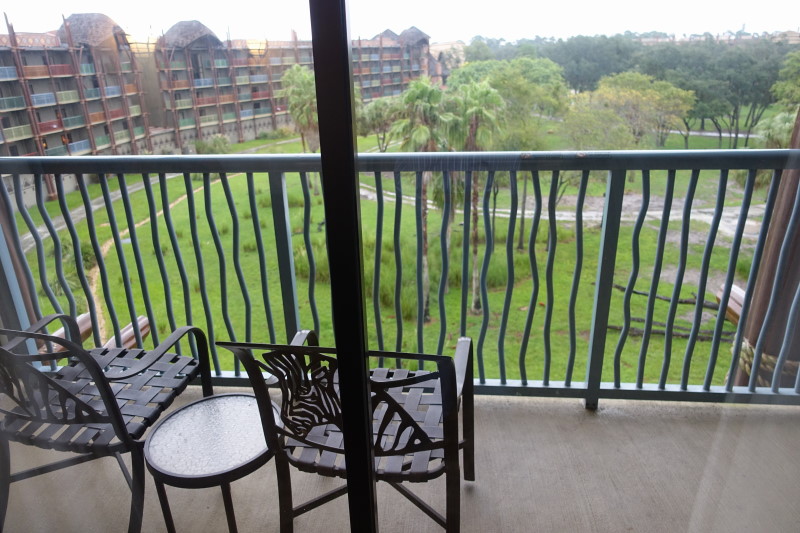 Each bay at Kidani Village has access to a balcony–given how much fun it is to watch the animals in the savannas from the balconies, this is a great feature.

THE LIVING/DINING/KITCHEN SPACE AT KIDANI VILLAGE