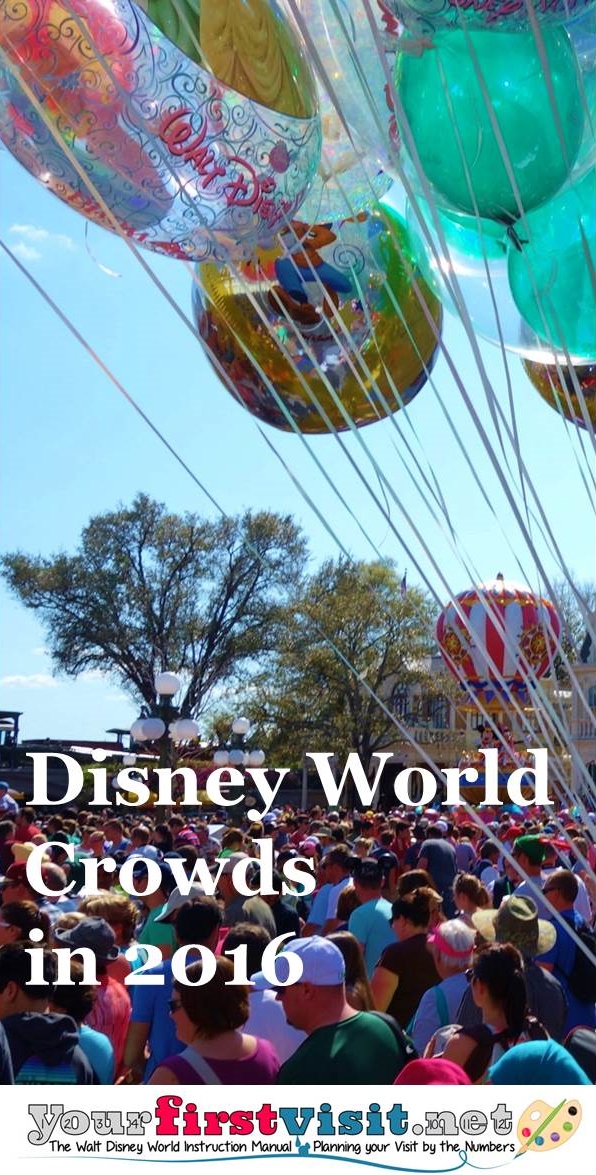 The chart lower on the page shows my forecasts for 2016 crowds by week at Walt Disney World.

Dates in it are the beginning of the week, and the forecast covers the recommended Saturday-Sunday 9 day stays.

HOW TO INTERPRET THE 2016 DISNEY WORLD CROWD CALENDAR

However, lower crowds, especially lowest crowds, do not always mean a better week. The lowest weeks are often best avoided by first timers who may never return because they are in the hurricane or the ride closure seasons.

The “moderate crowd” weeks–those in black and rated 5-7–have crowd levels I would not particularly recommend to first time visitors, though the crowds can be managed with careful planning and lots of early mornings. However, I’d go during such weeks myself with no hesitation, and think these levels are OK for returning visitors who don’t need to see everything and already know how to work Walt Disney World.