REFURB SCHEDULE FOR THE CABINS AT FORT WILDERNESS 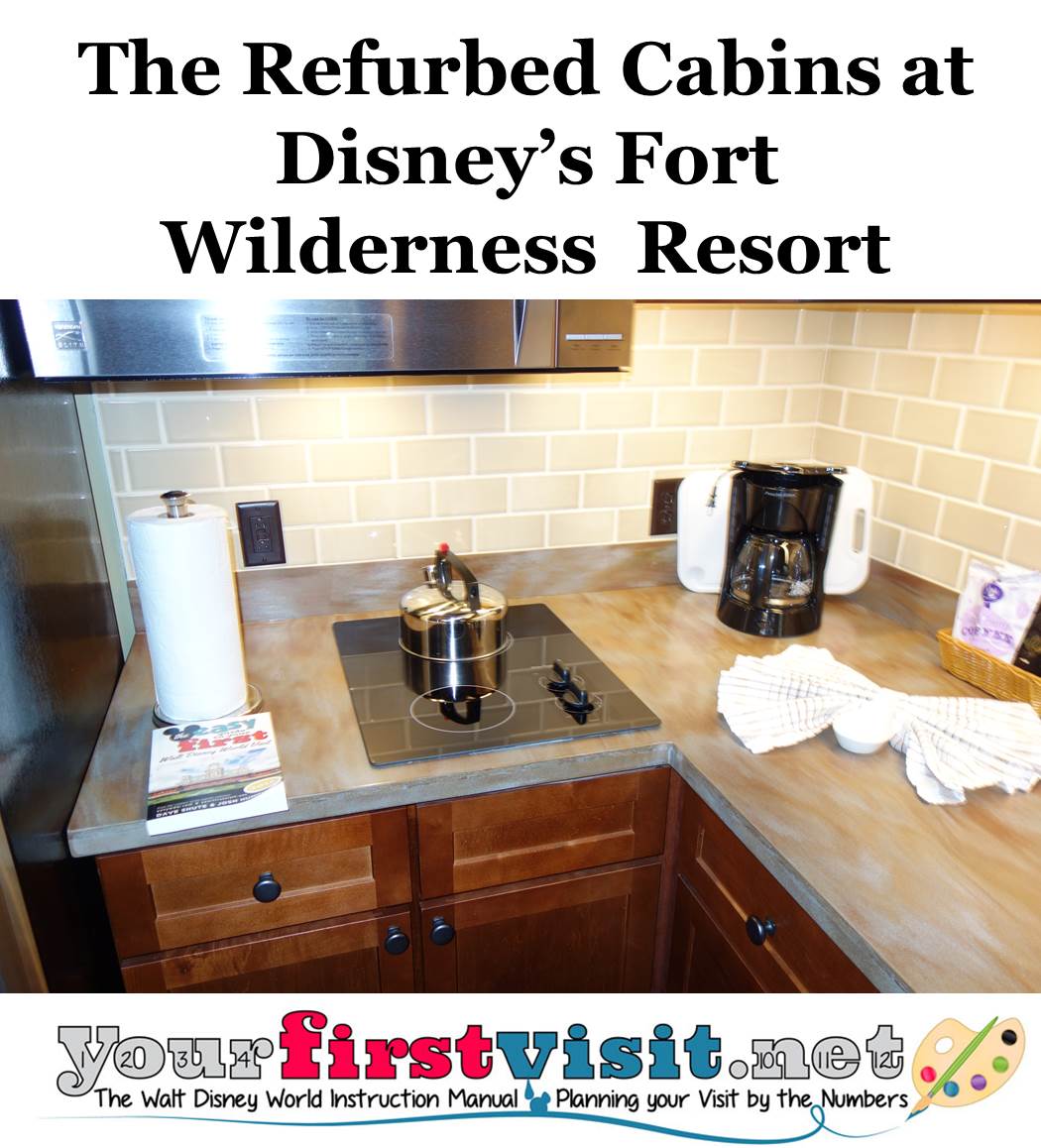 Disney is in the midst of refurbing the Cabins at Fort Wilderness, a refurb that mostly significantly improves the livability of these cute buildings.

The hope is to complete the refurb in the rest of the Fort Wilderness Cabin loops, except 2100, by the end of April.

For the moment, loop 2100 is being held out of the refurb as Disney considers whether to leave this loop as cabins, convert it to campsites–perhaps pull through–or even try something more mysterious. 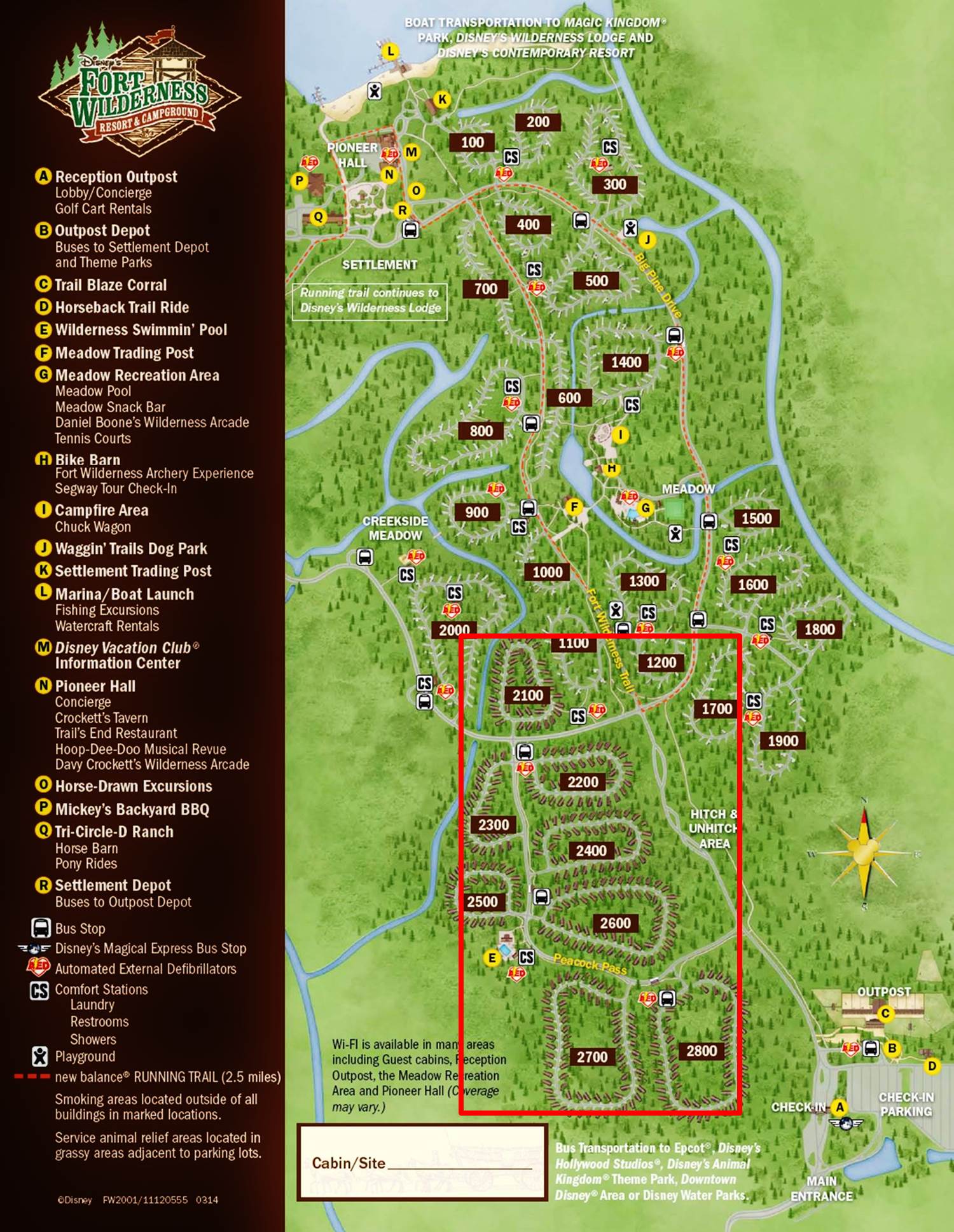 The map above has a red box around the Cabin loops (1100, 1200 and 1700 are NOT cabin loops but rather artifacts of my lousy powerpoint skills) so you can see how the position of 2100, at the top left of the box, might make it intriguing as campsites.

I’ve published a complete photo tour and updated floor plan of these renovated Cabins that begins here, but here’s the key changes of the refurb: 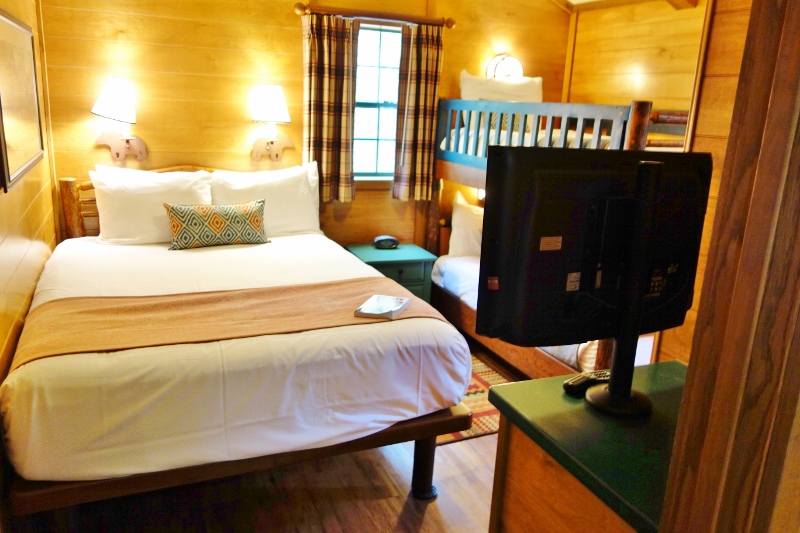 The bed in the back bedroom is now a queen rather than a full bed, and the wall to wall carpet here is gone, replaced by the same wooden floors elsewhere in the cabin.

The bunk beds are unchanged–still 66 inches by 36 inches, and sleeping a little shorter than 66 inches because of the framing. 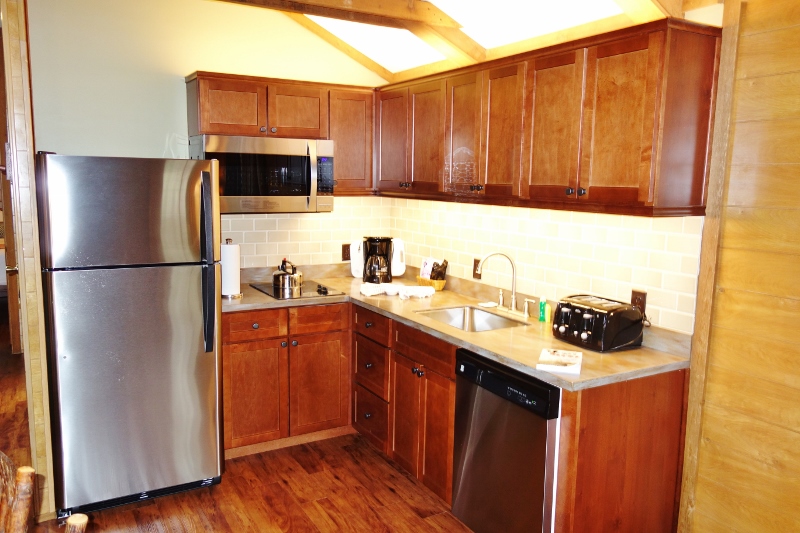 In the kitchen, the oven is gone, the stove is now just two burners, and the appliances and sink have moved around a bit.

Instead of a separate oven and microwave, there’s now an object that claims to be a bit of both–a full microwave, with oven-ish capabilities. 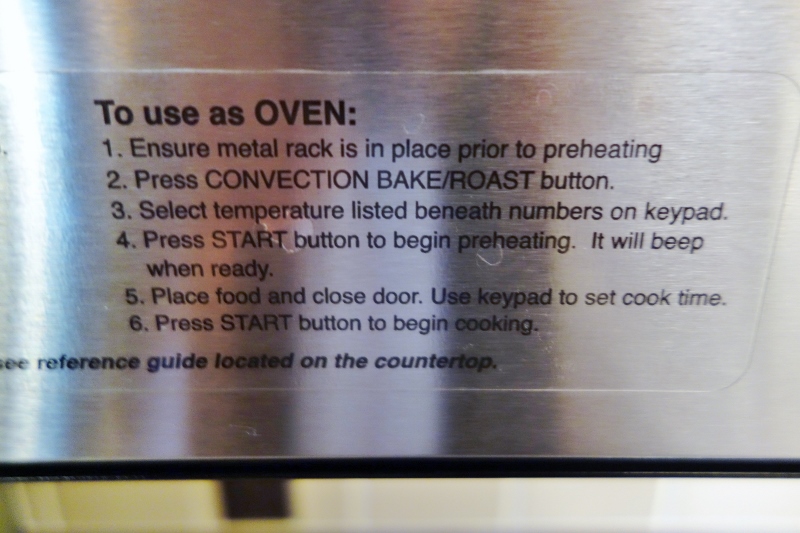 Above is the labeling of the microwave’s ovenly charm. The last line promises a reference guide, which I could not find in our cabin.

This letter from Disney notes some diminished capabilities in the ovenabilty of the microwave, but is a bit vague.  Perhaps it can no longer make the sideline throw…

In late January 2016 I went all Pillsbury Bake-Off on this oven, to figure out what it can really do and what the “limited cooking/baking capability” noted in the letter really means. A report on the results of my putting the new Fort Wilderness oven through its paces is here.

This was our fourth stay in the Cabins, and we’ve never used more than two burners at once, nor have we used the oven for anything other than frozen pizza. So if you are like us, you will find that the kitchen refurb just makes it a little easier to work at the sink, which used to be in the corner.

The big change in the living room is that the full-sized Murphy bed is gone, and has been replaced by a queen-sized sofa bed. 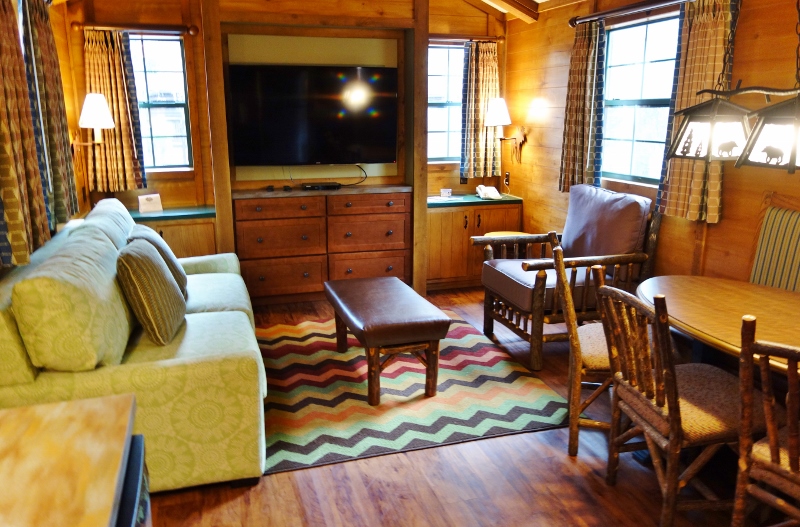 The space where the Murphy bed used to be now holds the TV and a set of much-needed dresser drawers. The couch has moved to the other side of the room, and the cute little kids table has been replaced with an easy chair. 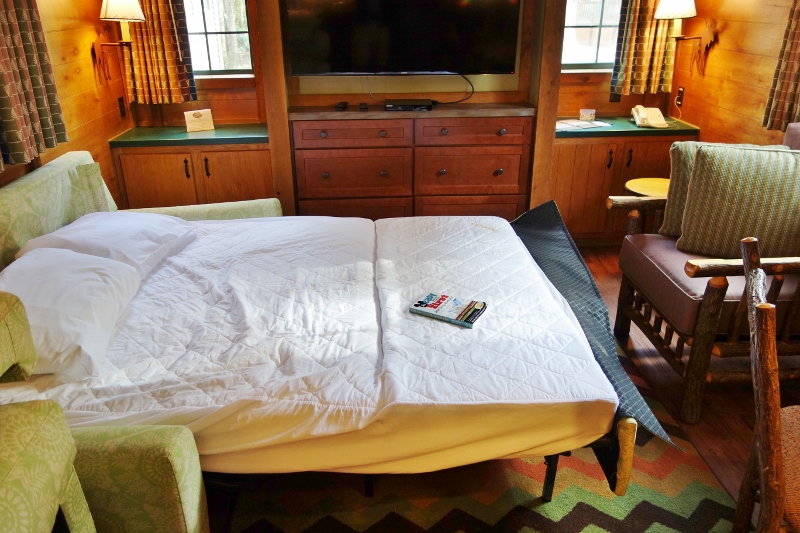 The queen sized sofa bed has a 5 inch deep cushion, and is quite comfortable. Its position on the side wall means that unlike the old Murphy bed, access is easy on both sides.

So this refurb, frankly, is mostly positive.  The two full beds (in the back and Murphy beds) are now queens; the living room bed is more accessible, and so is the kitchen sink.

The loss of two burners and the oven diminishment will matter to some, but not others.