(For the first page of this review of the Waldorf Astoria Orlando, click here.)

AMENITIES AND DINING AT THE WALDORF ASTORIA ORLANDO 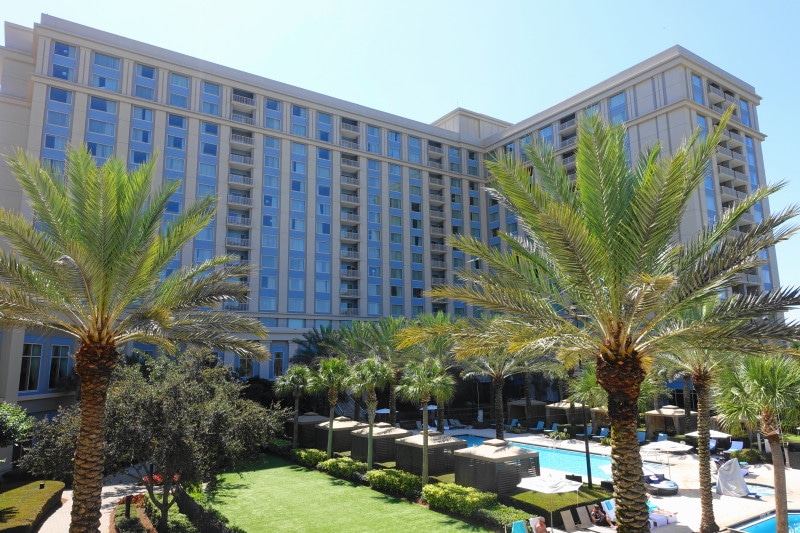 The Waldorf Astoria is deep in the Bonnet Creek Resort. 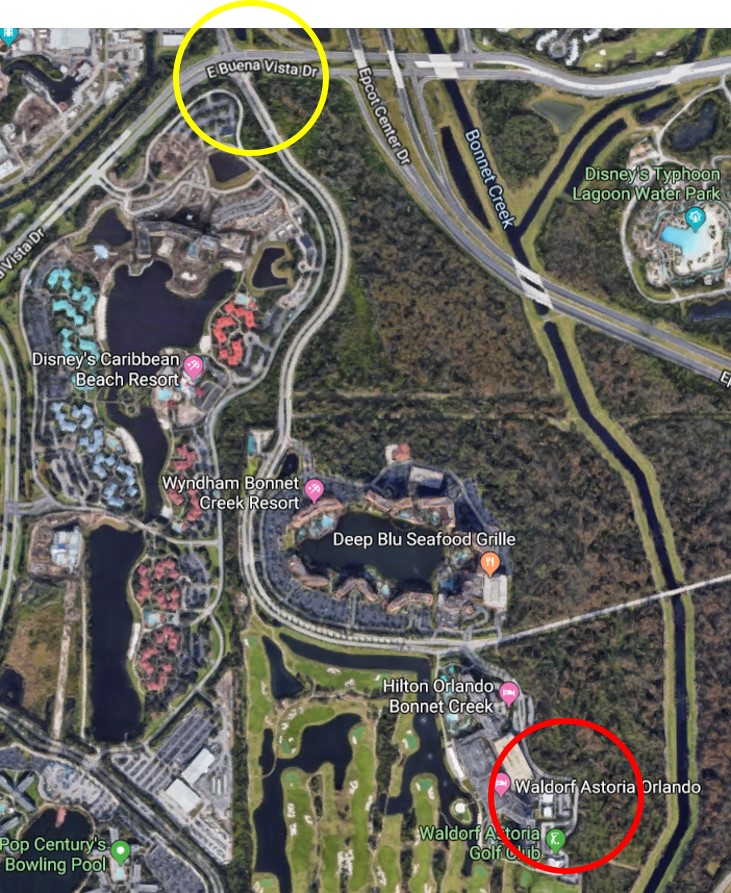 You access this area from Buena Vista Drive, just east of the old Caribbean Beach entrance, soon to become the Riviera entrance, then drive a while and turn right at the stop sign. In the image above, the intersection of the access road and Buena Vista–Chelonia Parkway–is marked in yellow, and the Waldorf Astoria Orlando is marked in red. 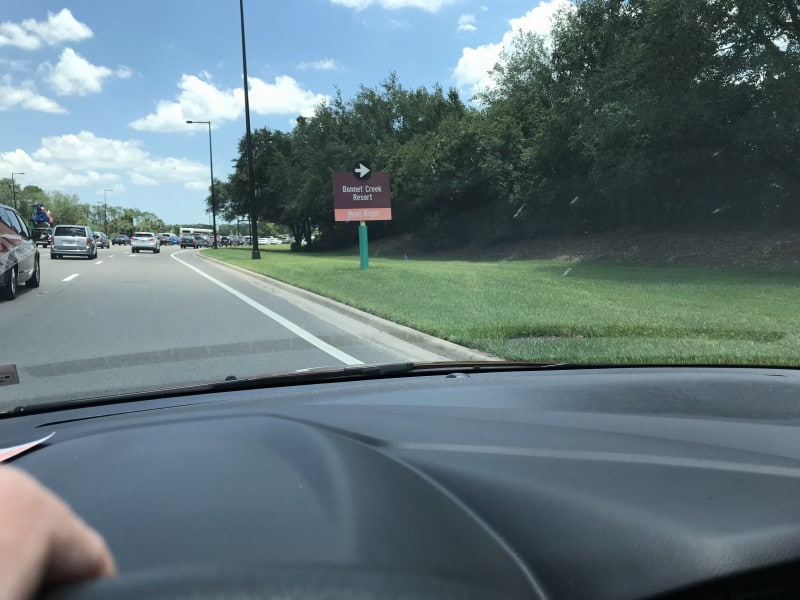 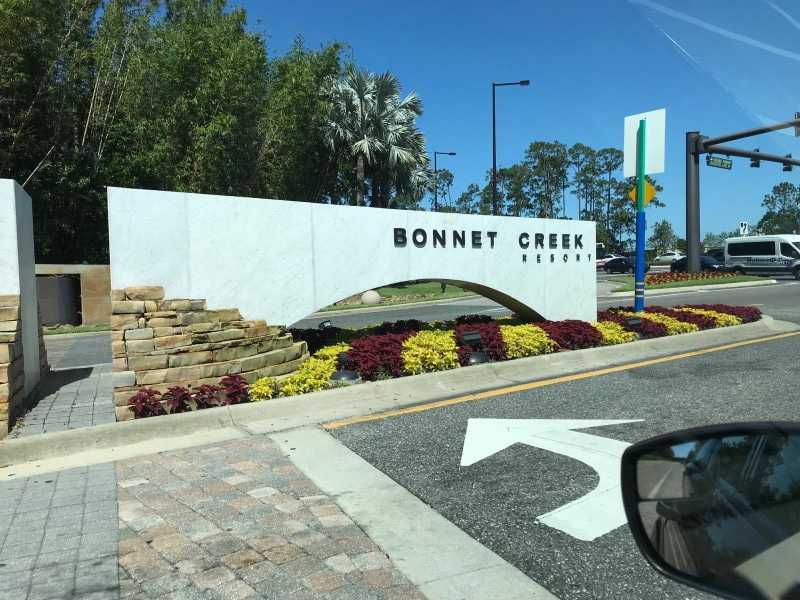 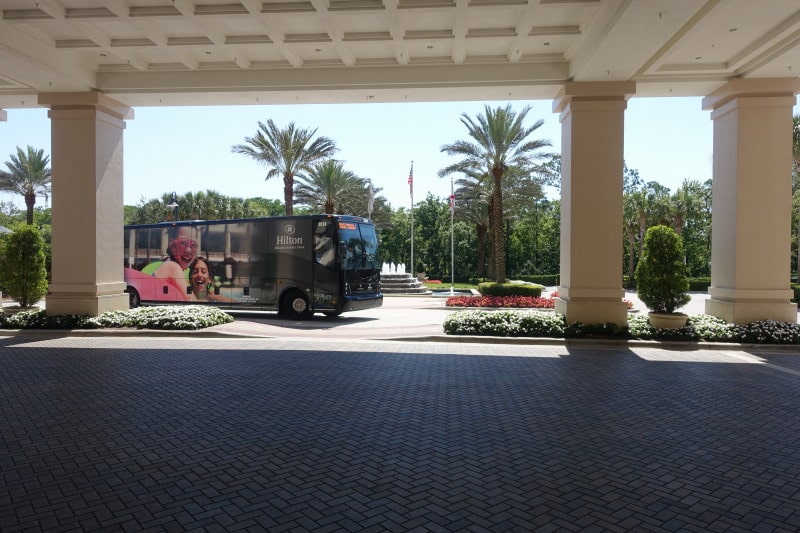 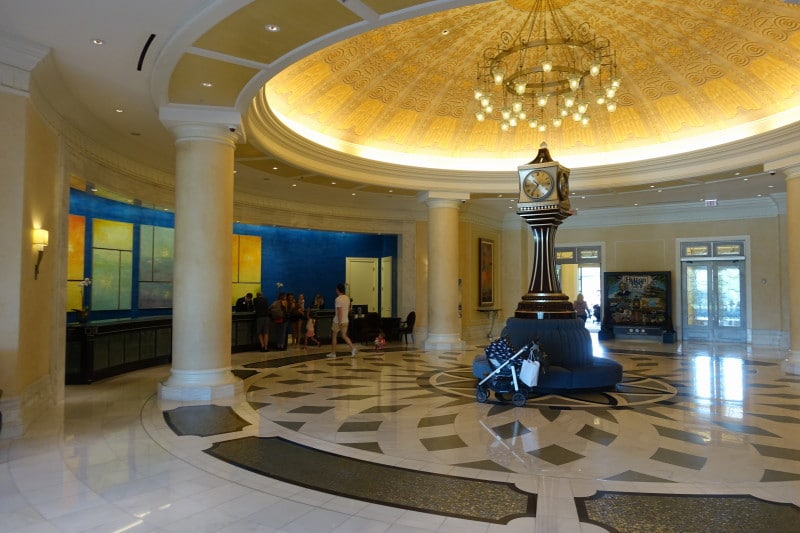 Most amenities except the pools and one restaurant are just inside on the second floor, including the check-in area and other guest services. 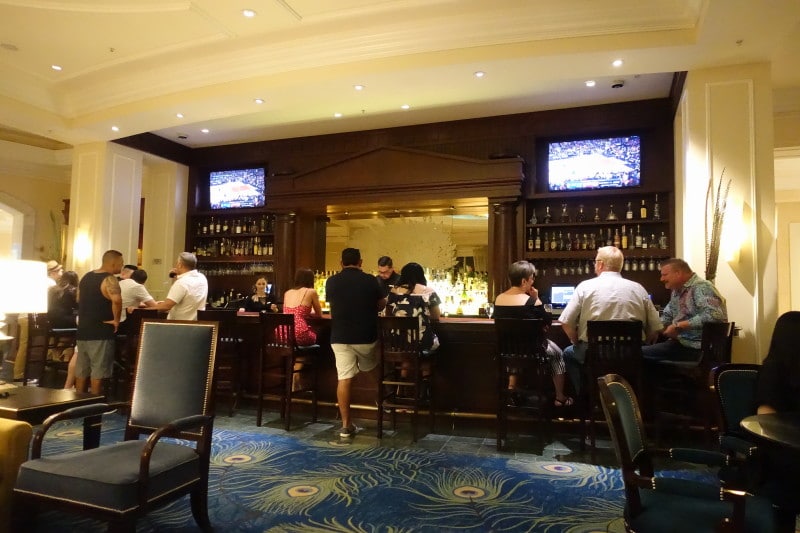 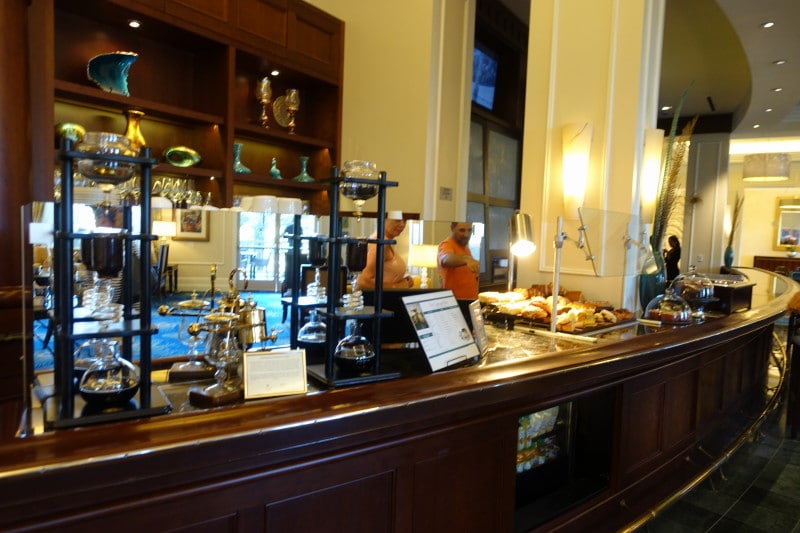 The lobby bar also functions as a coffee shop in the morning. 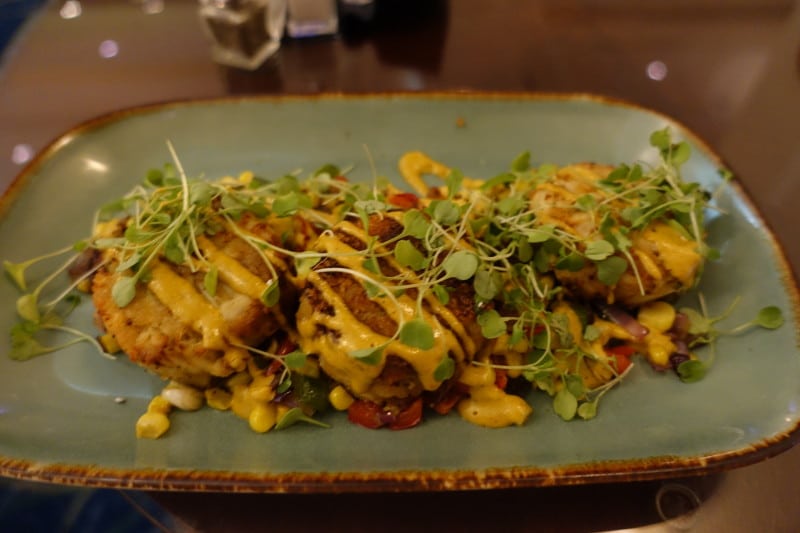 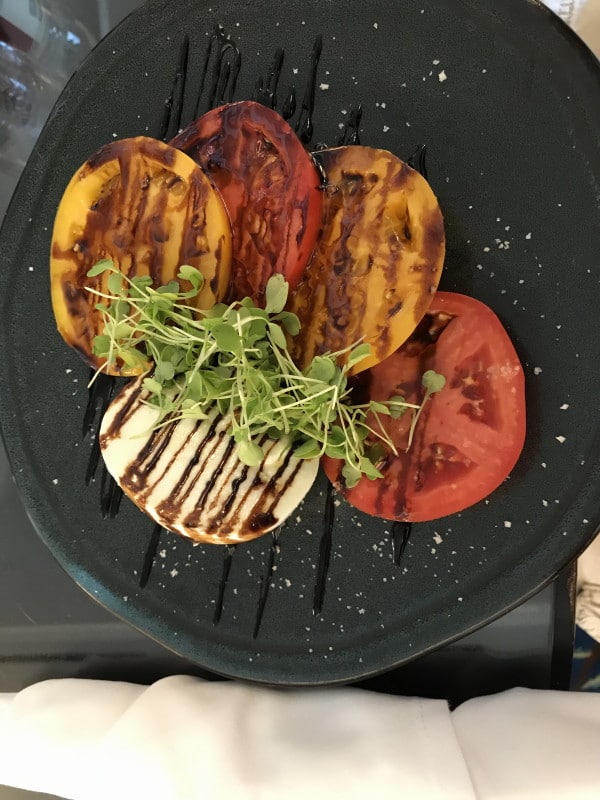 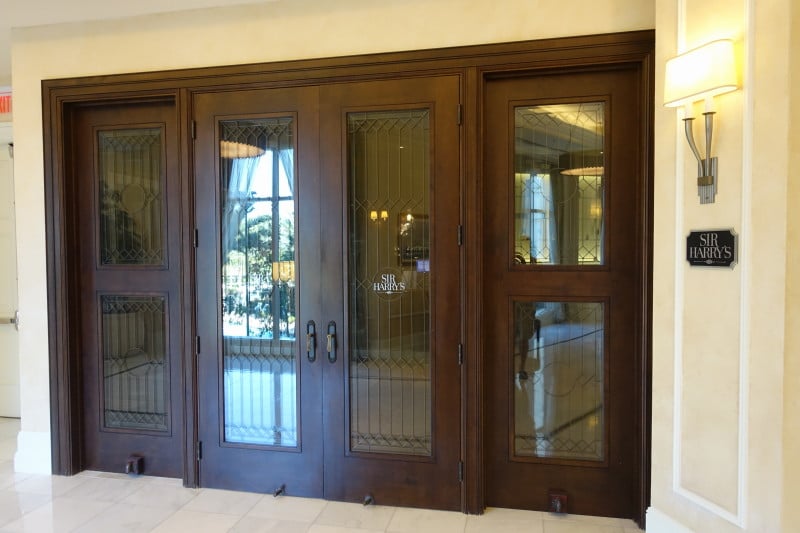 There’s another more robust bar, Sir Harry’s, that I did not experience. 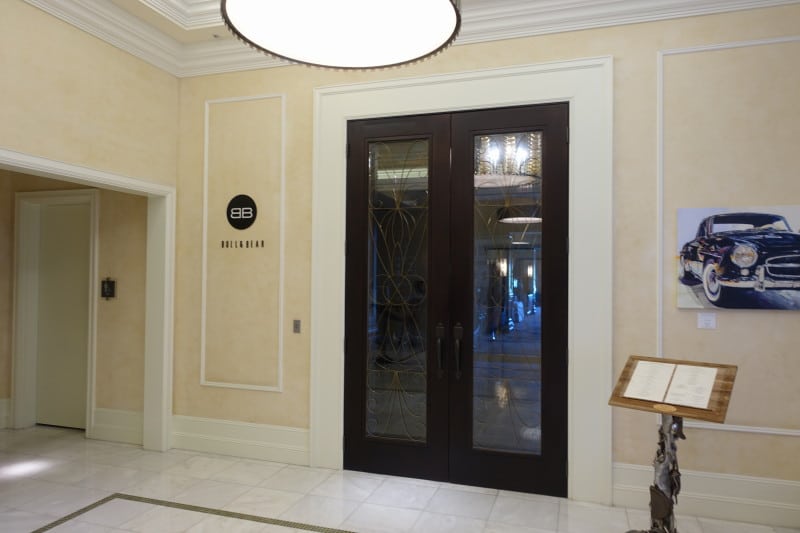 Also on this level is Bull and Bear, a classic expense-account steakhouse that is destination dining for many.

Across from the lobby bar are a couple of small shops, one a bit focused on sundries and the other on resort wear.  A classic Disney shop is in the next-door Hilton. 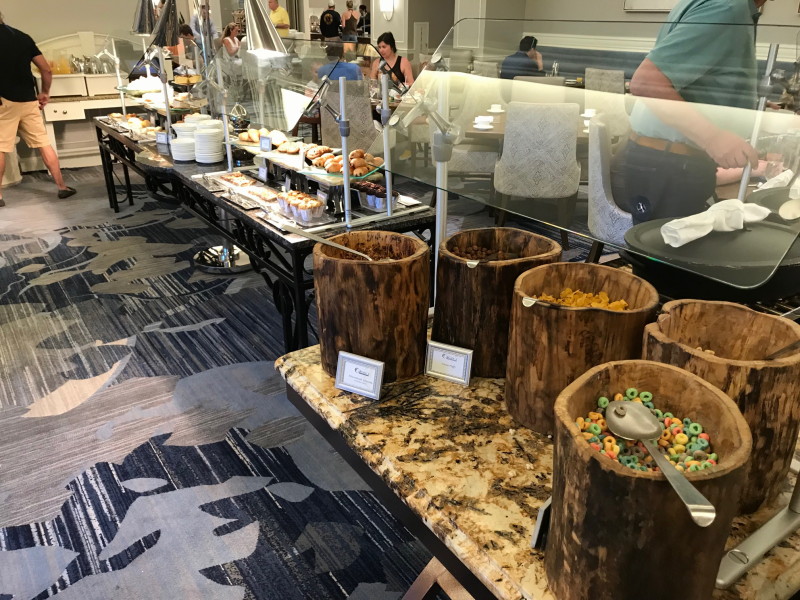 Downstairs on the way to the pool is the more family friendly Oscar’s, well known for its breakfast buffet, and there’s more dining at the pool and at the next-door Hilton. The full scoop on dining at the both the Waldorf Astoria and the Hilton Orlando Bonnet Creek is here. 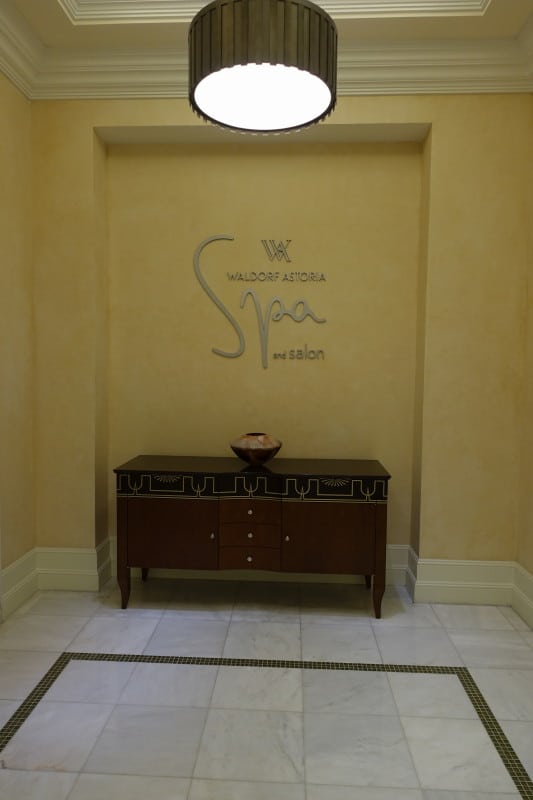 You’ll also find at the Waldorf Astoria a spa… 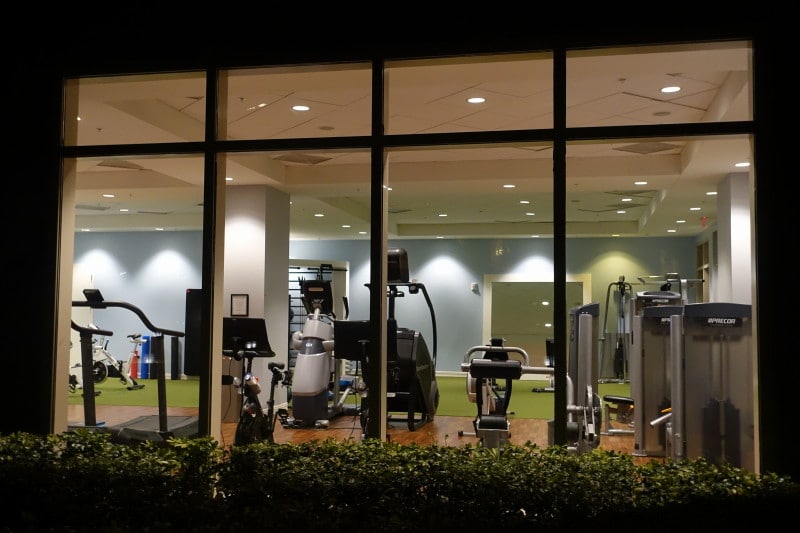 …and a nice workout room.

Outside, near the port cochere, is a stop for theme park buses. Buses here run too infrequently, and have too many stops, for me to be able to recommend them. 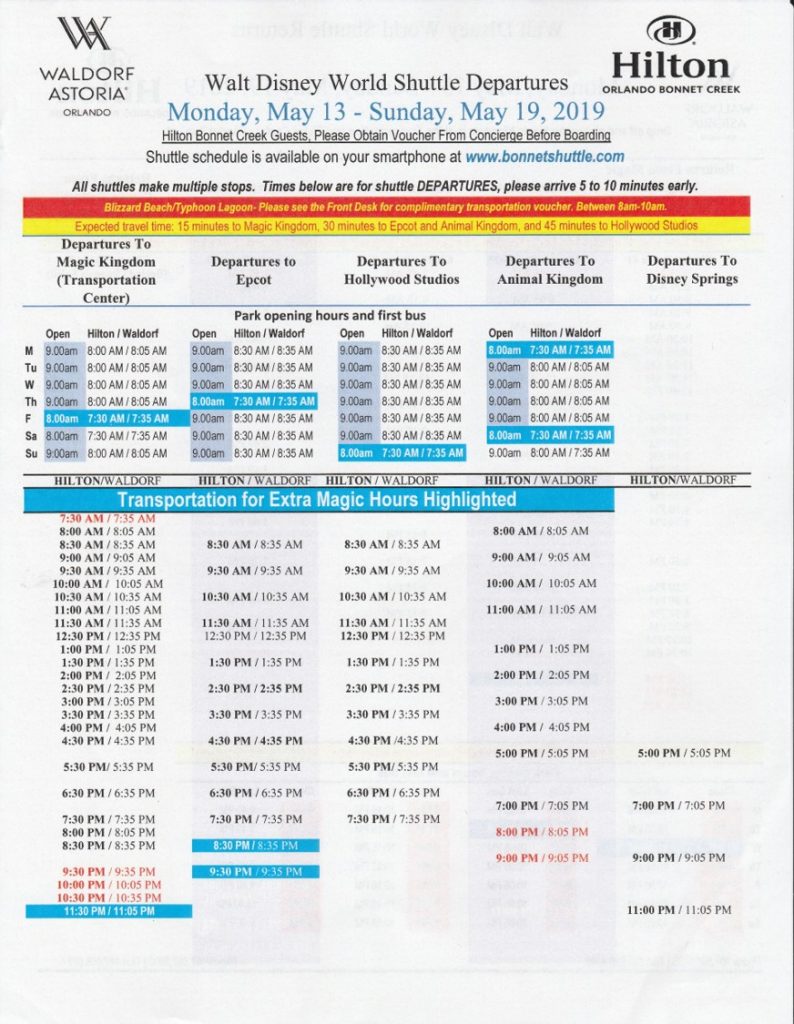 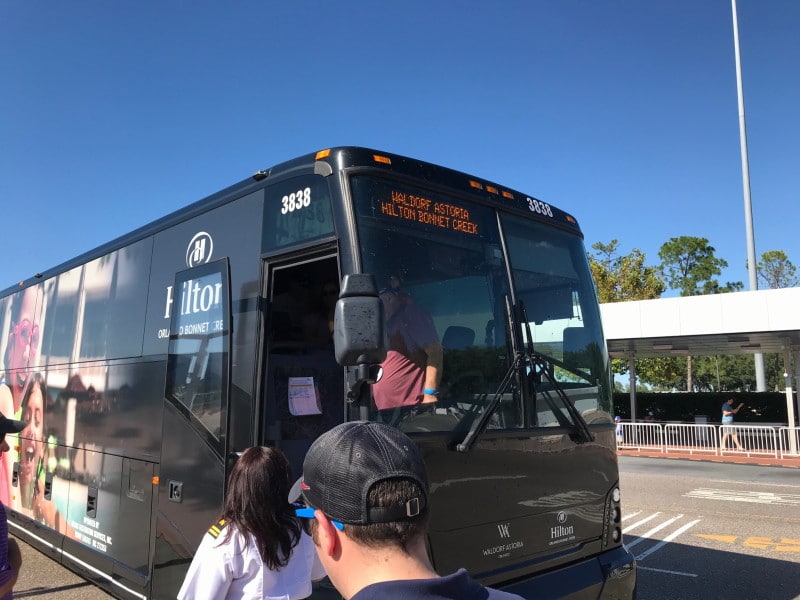 Moreover as is the case with all non-Disney buses, Magic Kingdom buses dropped off at TTC, not the park itself.

Having a rental car, or using cabs, Uber or Lyft is a better option. 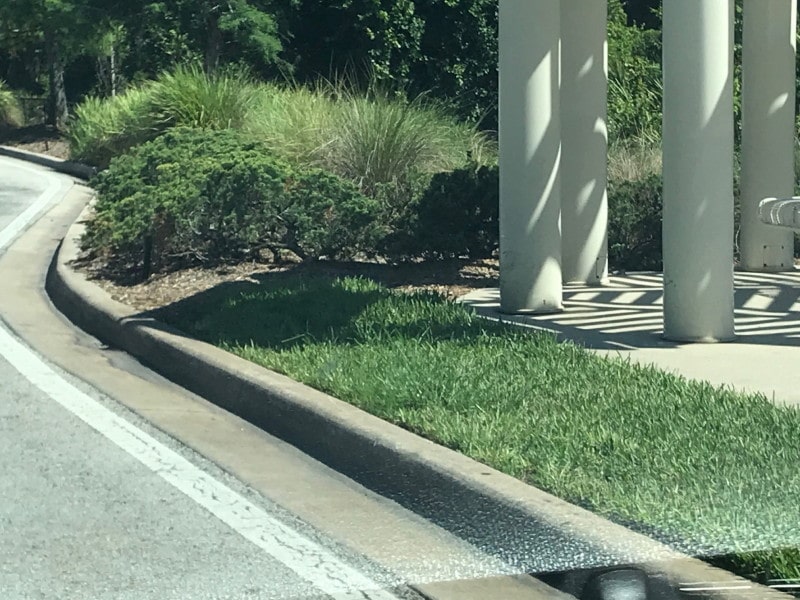 Theoretically one could walk out of the Bonnet Creek Resort, into the Disney resorts Caribbean Beach or Riviera, and board Disney’s Skyliner gondola system there. But it’s a long walk (two miles or more, unless someone punches a path through between Caribbean Beach’s Trinidad and Barbados, which would bring it down to about a mile), and the path ends on Chelonia–there’s no walking path on Buena Vista 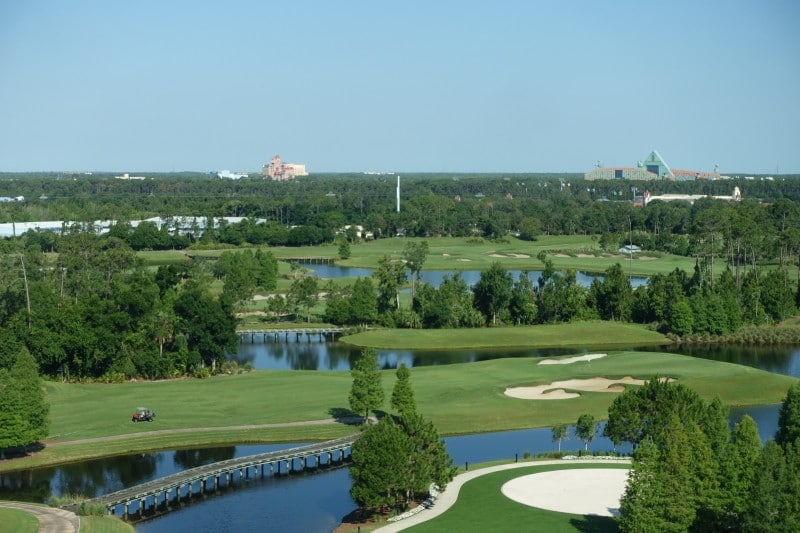 The final amenity worth noting is the Waldorf Astoria Golf Club.

Including the additional amenities in the next door sister resort Hilton Orlando Bonnet Creek–especially the Hilton’s pool complex and its lazy river, the Waldorf Astoria Orlando has as full a set of amenities as pretty much any non-Disney resort with similar perks.

THE POOL COMPLEX AT THE WALDORF ASTORIA ORLANDO

MORE ON THE WALDORF ASTORIA ORLANDO

Kelly, the long-time travel agent partner of this site, can book your Disney World vacation at the Waldorf Astoria Orlando–or at any other Disney World hotel!  Contact her using the form below.