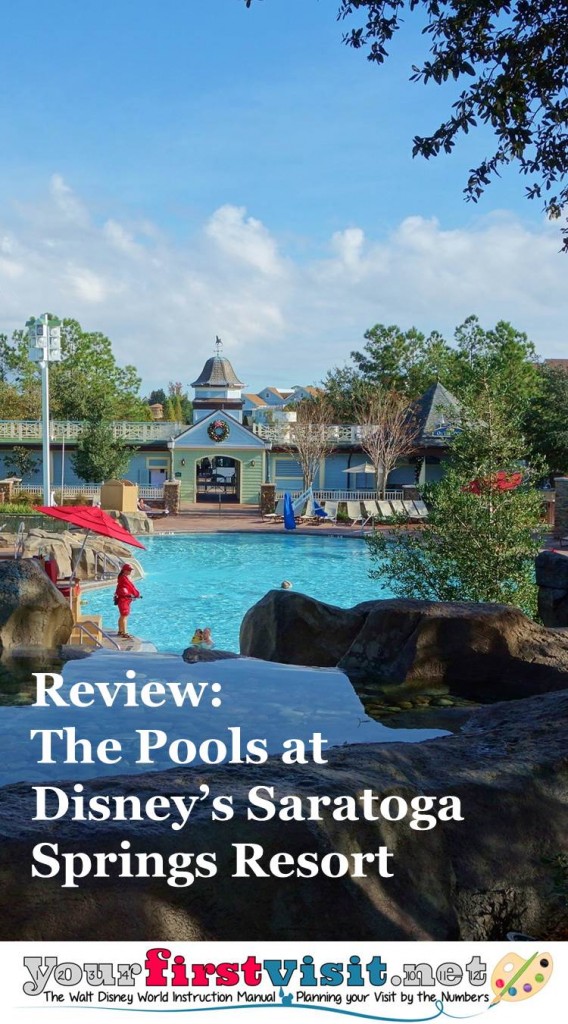 (For the first page of this review of Disney’s Saratoga Springs Resort & Spa, see this.) 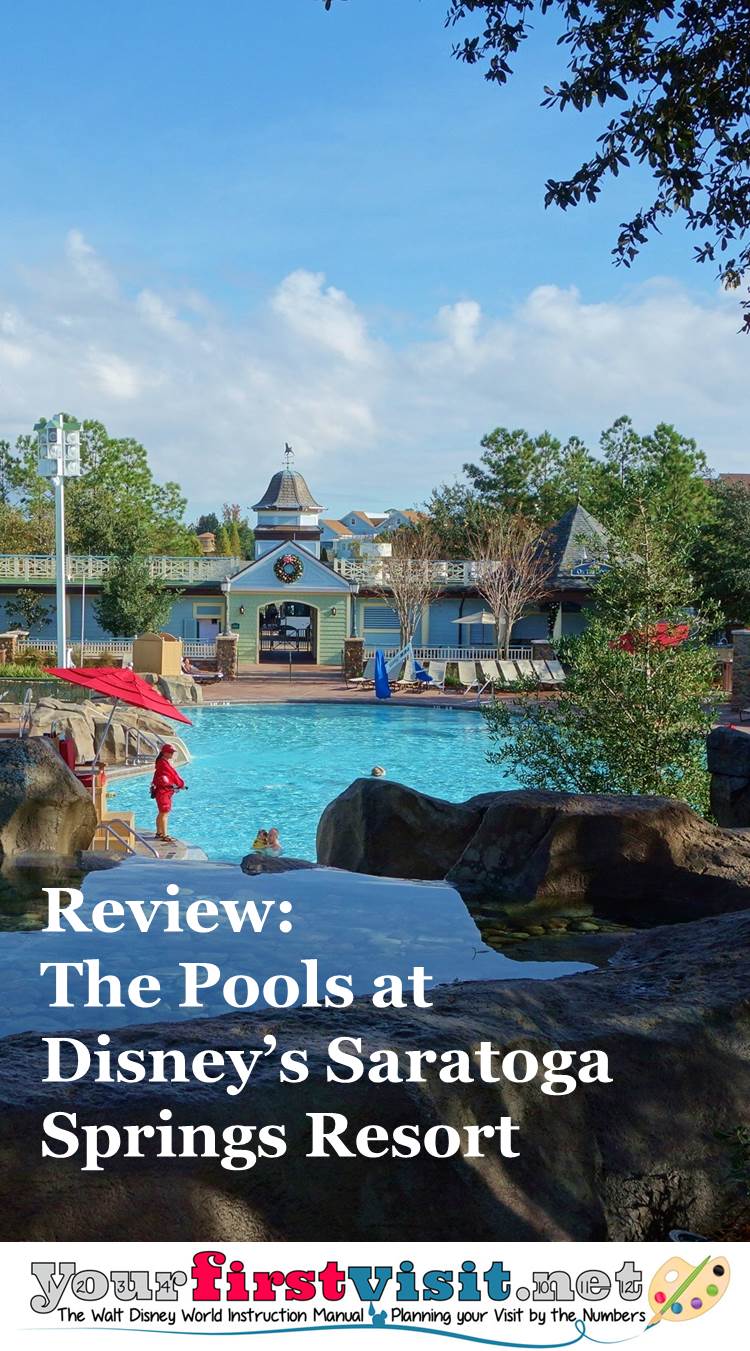 There are five pools at Disney’s Saratoga Springs Resort & Spa. 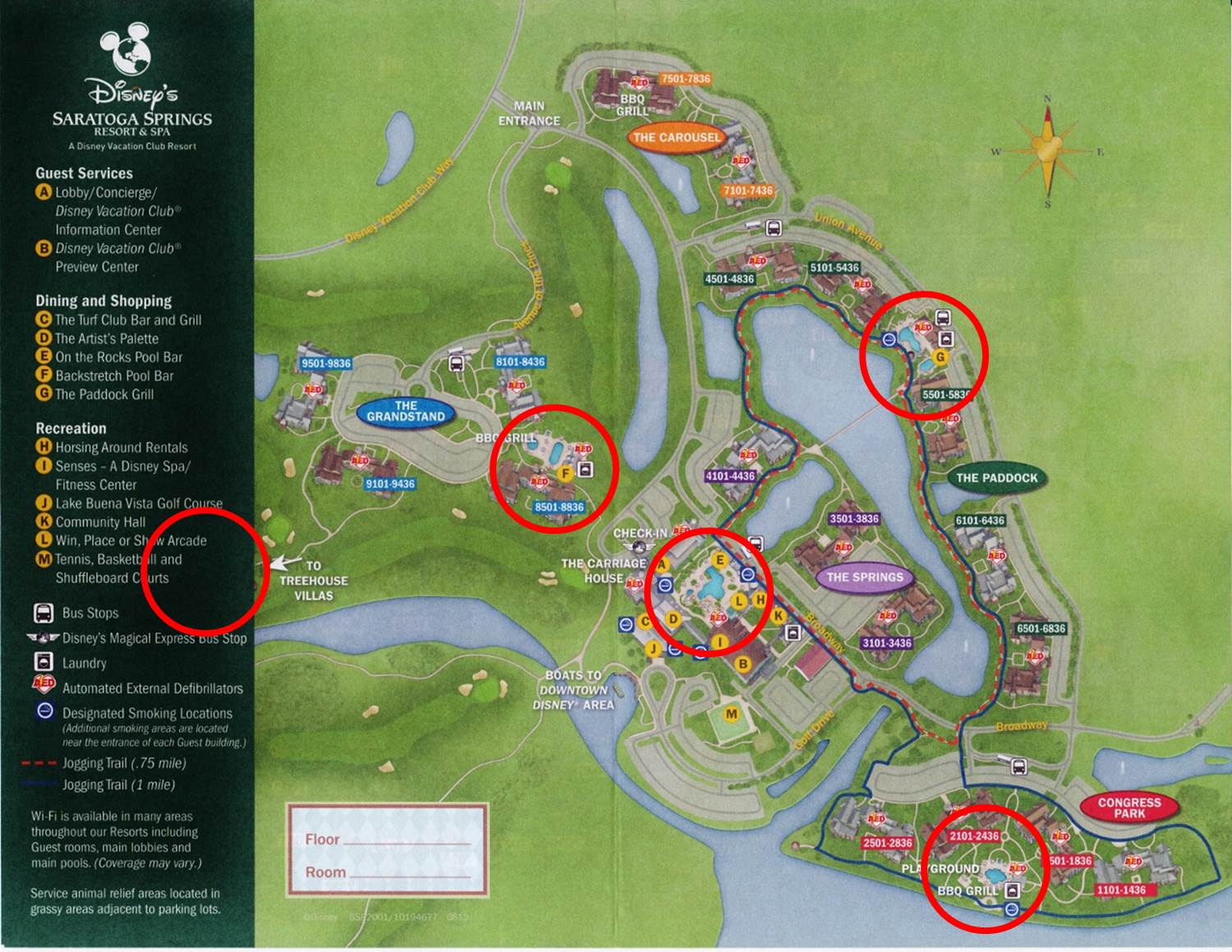 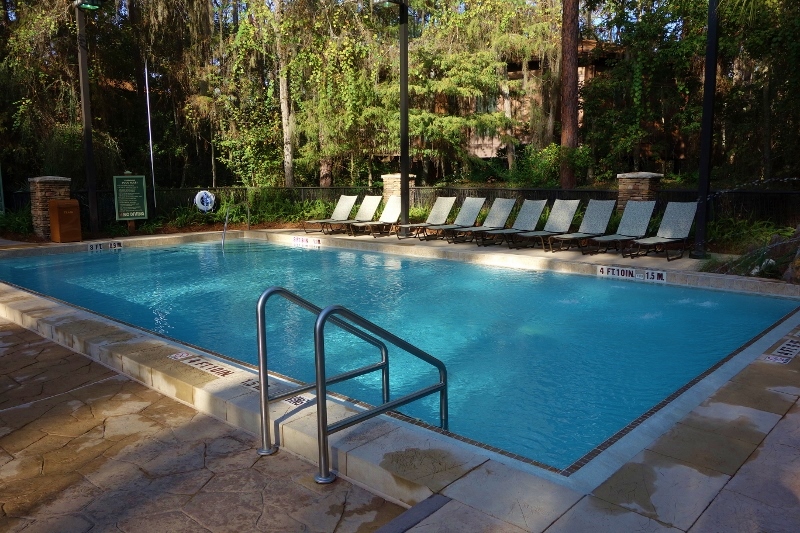 The pool is tiny–but appropriately sized, as there are only 60 Treehouse Villas. It includes a hot tub, but makes sense only for those looking for the quietest of quiet pools, as the better Grandstand pool is just a few minutes away, and the even better High Rock Spring pool just a few minutes more beyond that. 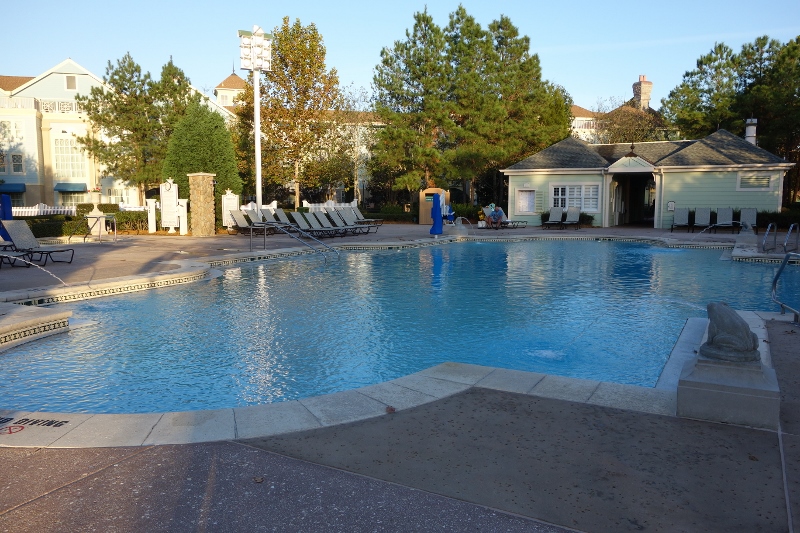 Like the Treehouse pool there’s not much on offer at the Congress Park pool other than a hot tub. Its virtue is simply that it’s convenient to these otherwise distant rooms. It’s the red circle at the bottom right. 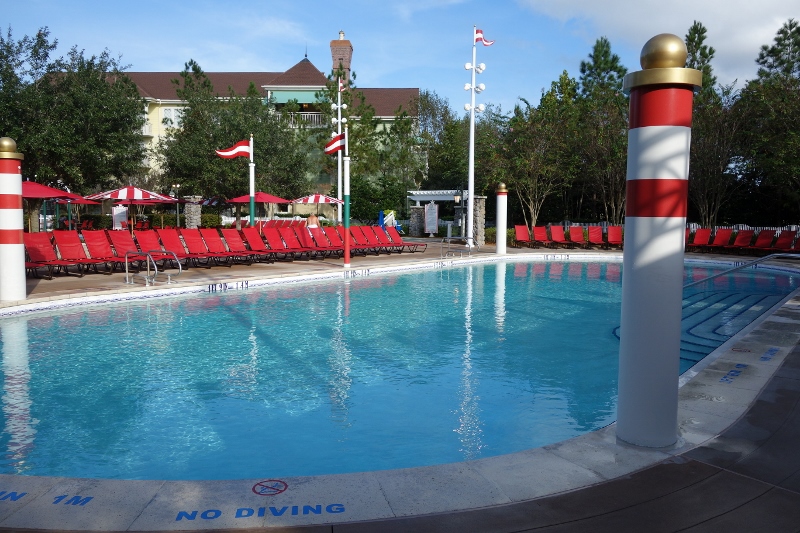 The Grandstand Pool is in the middle of Saratoga Springs pool offerings. On the map, it’s the circle just a bit left of center. 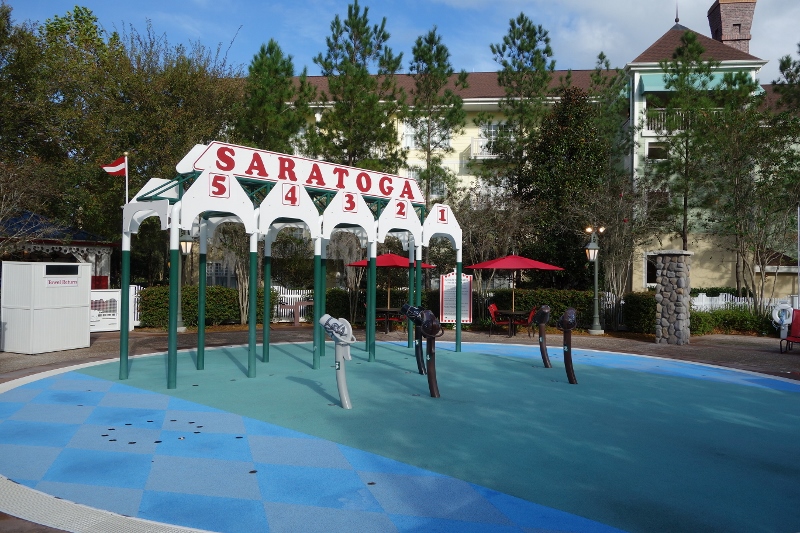 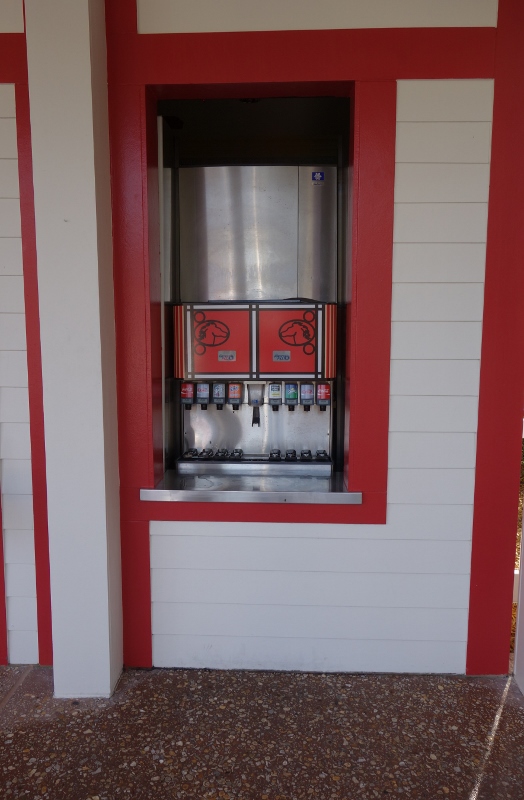 …and an often-closed bar, which offer some cold sandwiches when it is open (click the image to enlarge it).

The main High Rock Spring pool is just a bit away, and has many more amenities. 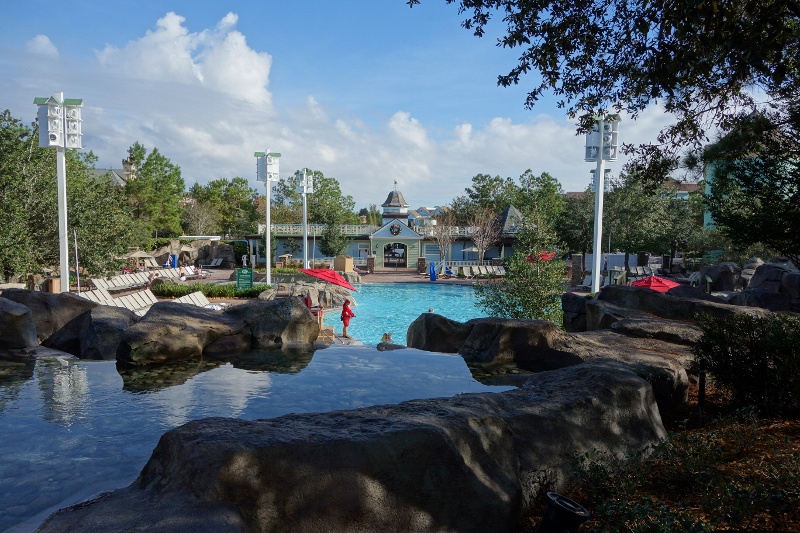 The High Rock Spring pool is in the center of the resort between the Carriage House and the Springs area. 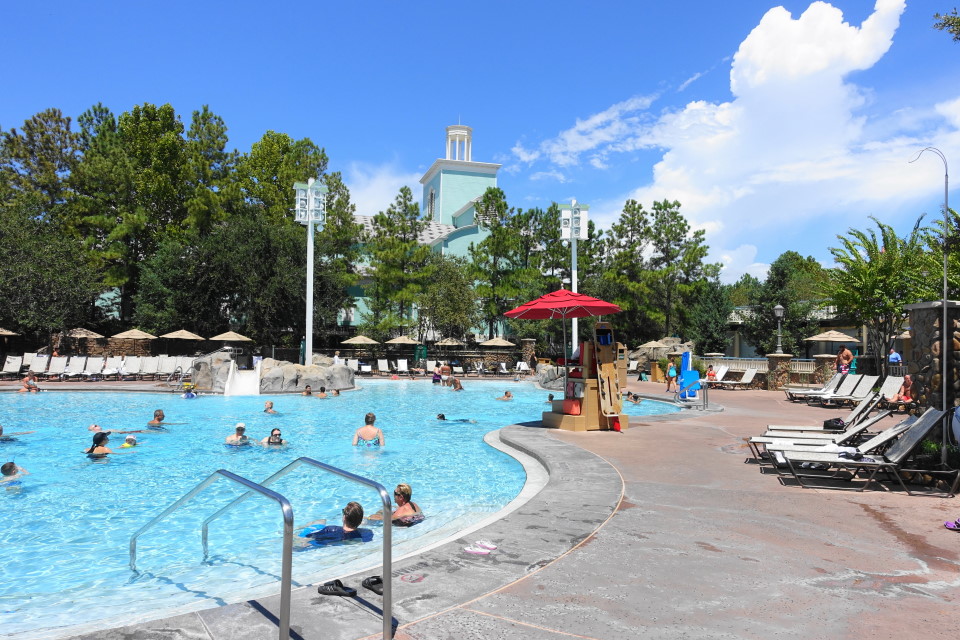 The main pool at Saratoga Springs, it include two hot tubs, a couple of water slides–including a teeny one for little kids–and a fairly weak bar supplemented by the ability to call for food. 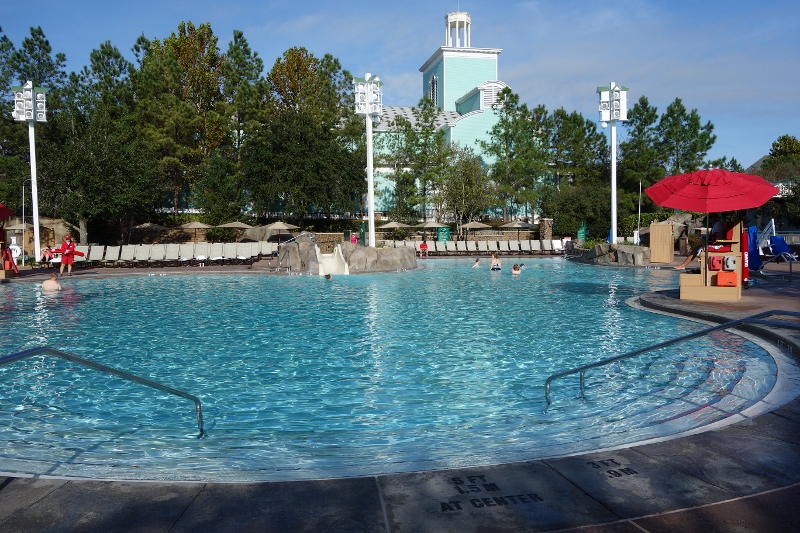 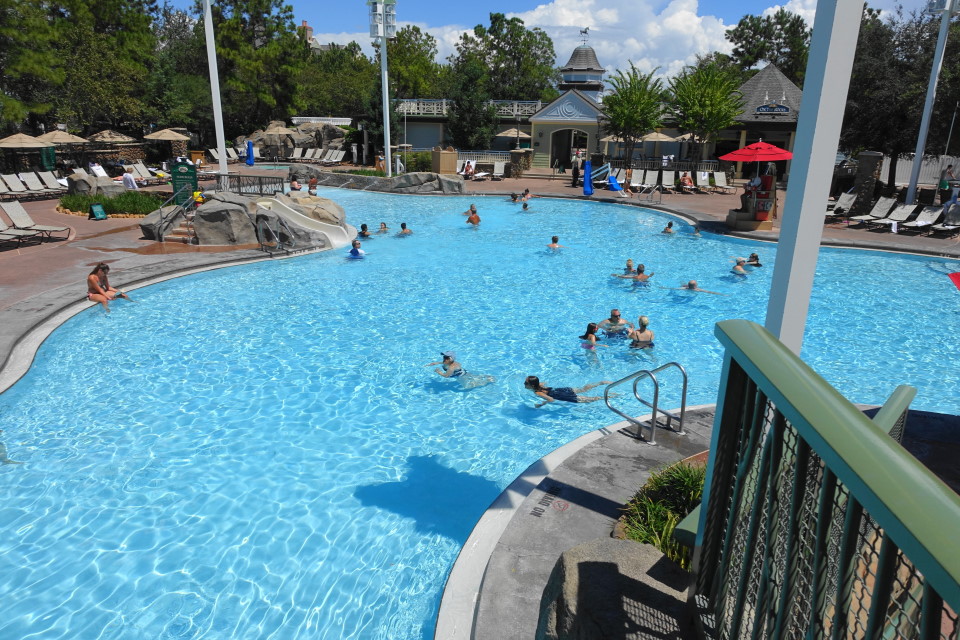 A couple of views that include the teeny slide. 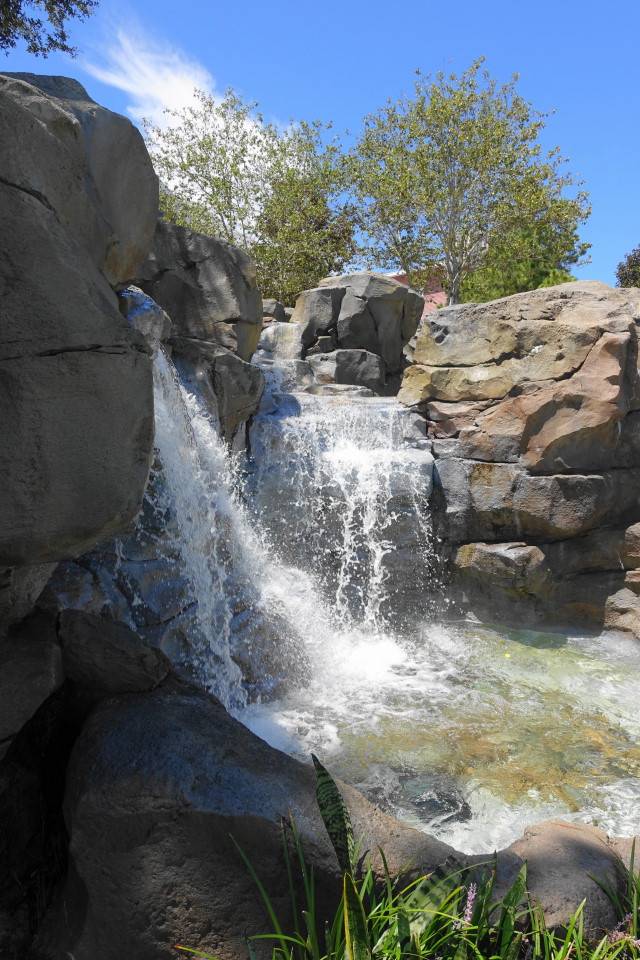 The larger slide comes out of this spring-fed waterfall… 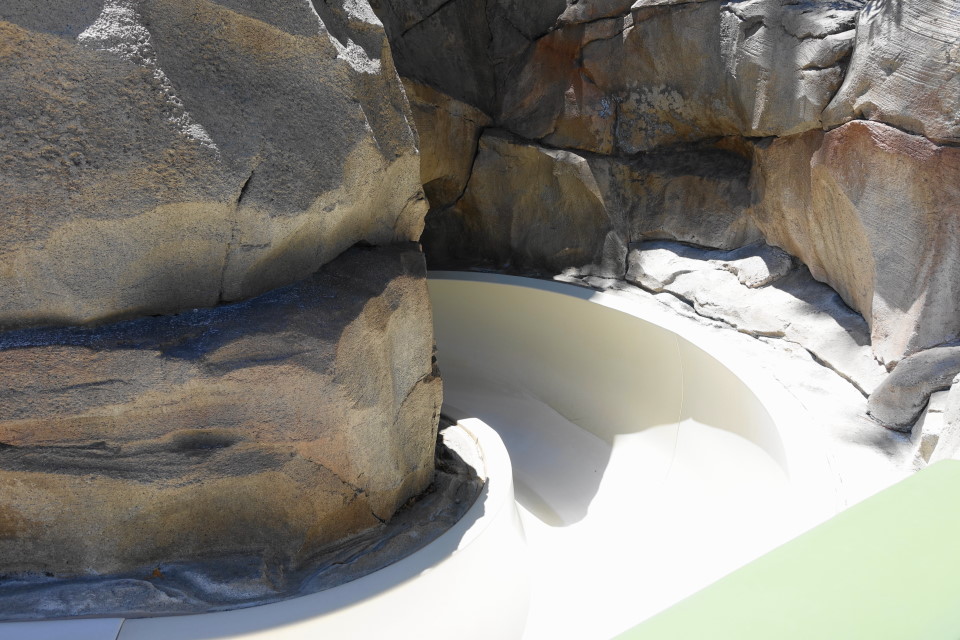 …curving inside of it. 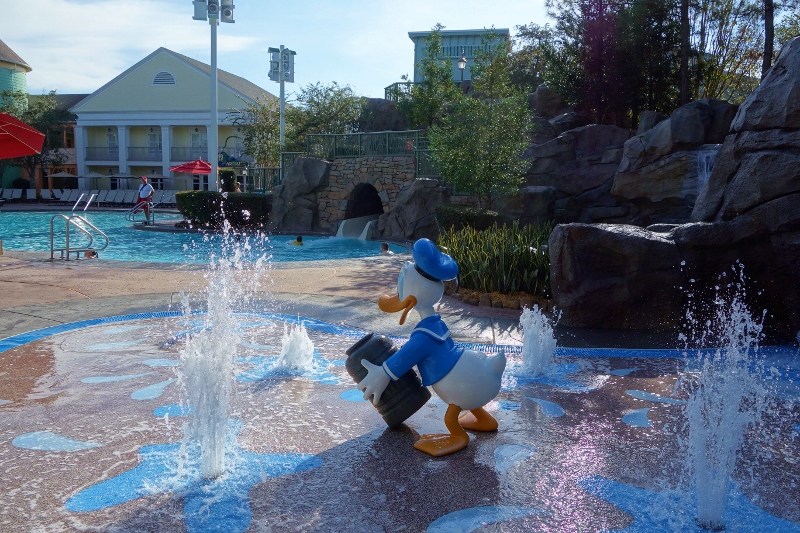 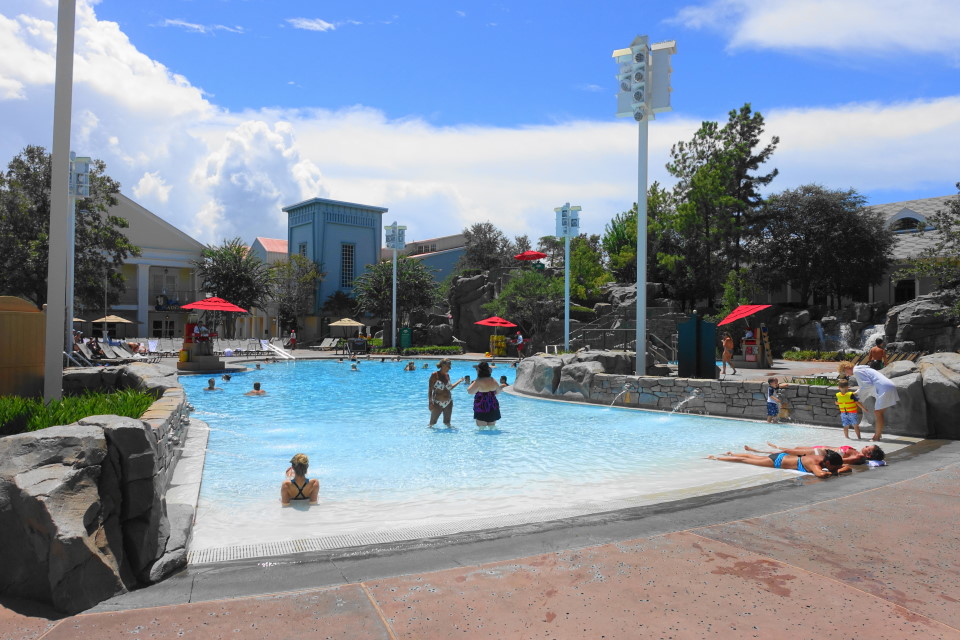 …and a zero-entry to the pool. 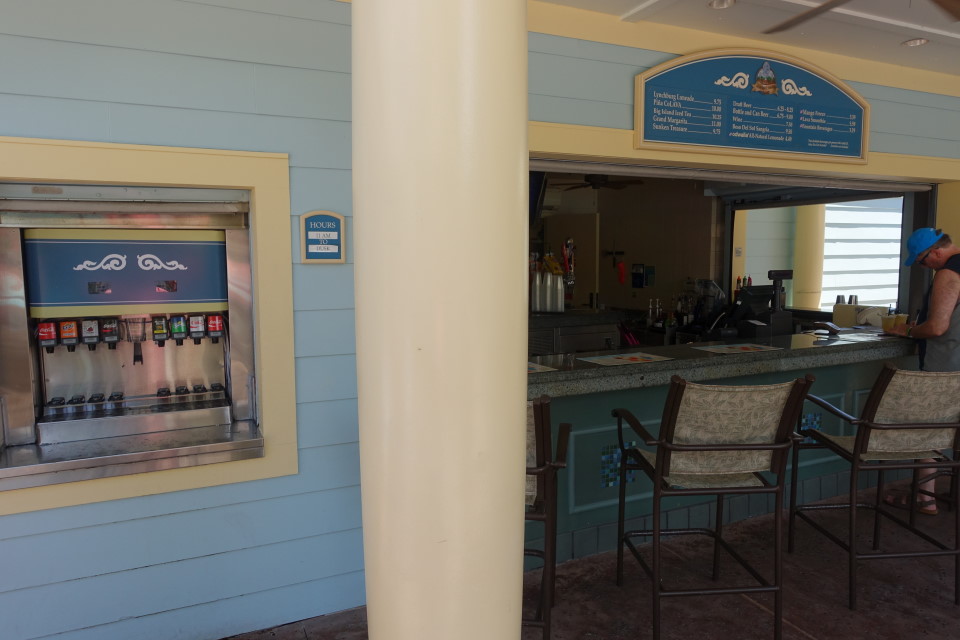 The bar here has a refillable mug station, but no real food. 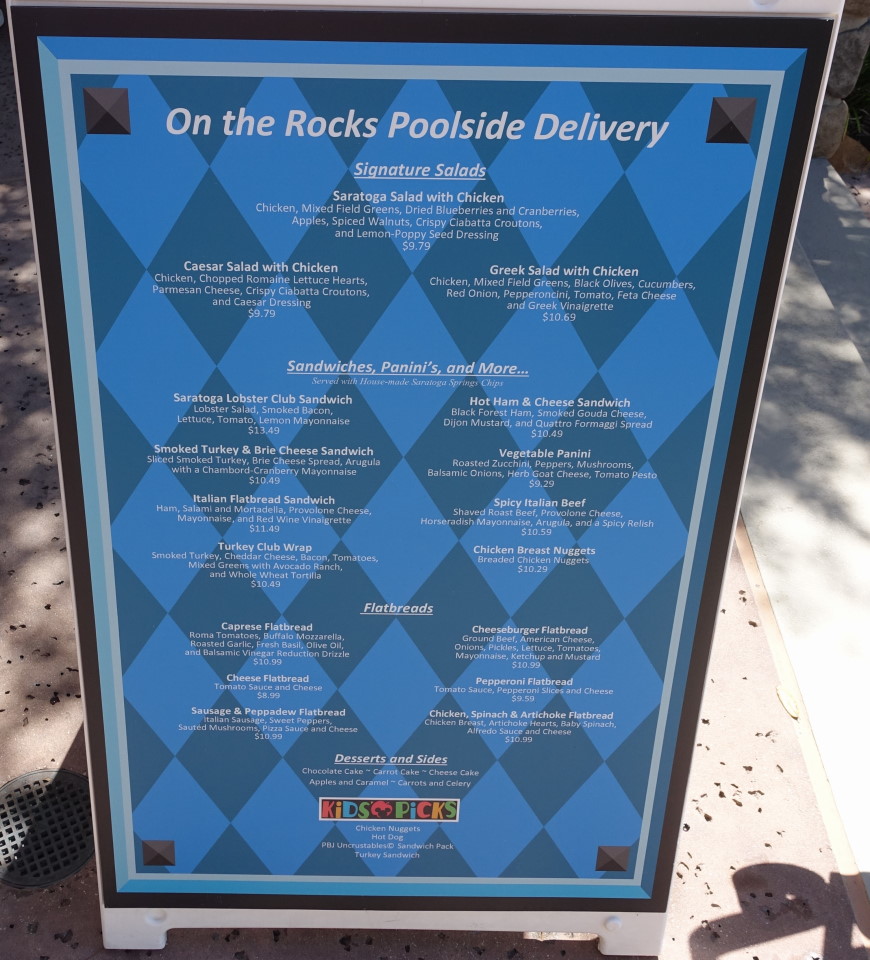 You can, however, order food to be delivered poolside (click the image to enlarge the menu). 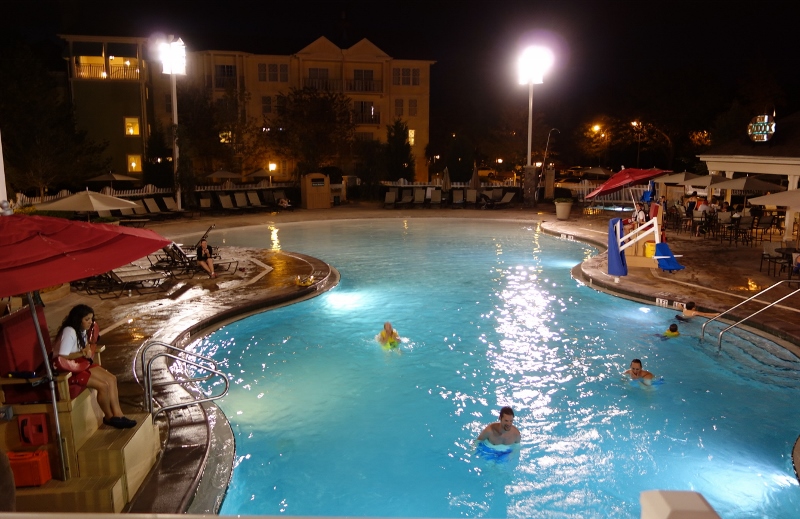 The Paddock pool is in the circle at the upper right of the map. 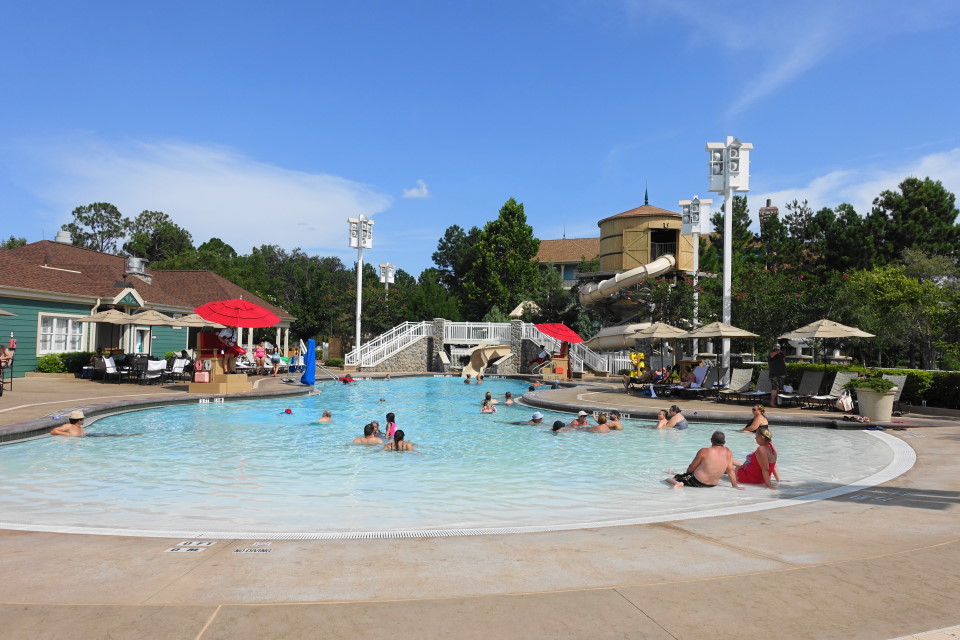 It’s the best second-best pool at Disney World, and on some dimensions–e.g. the quality of its food service and bar–is better than the High Rock Spring pool.

Frankly, there’s no reason for anyone to walk past it to the main High Rock Spring pool… 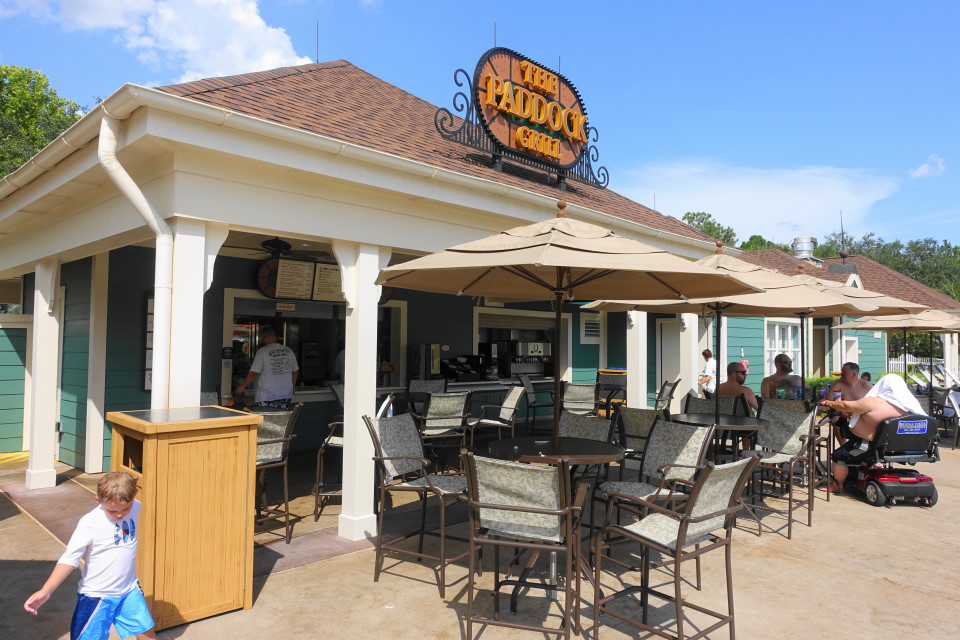 Here’s the bar, the Paddock Grill… 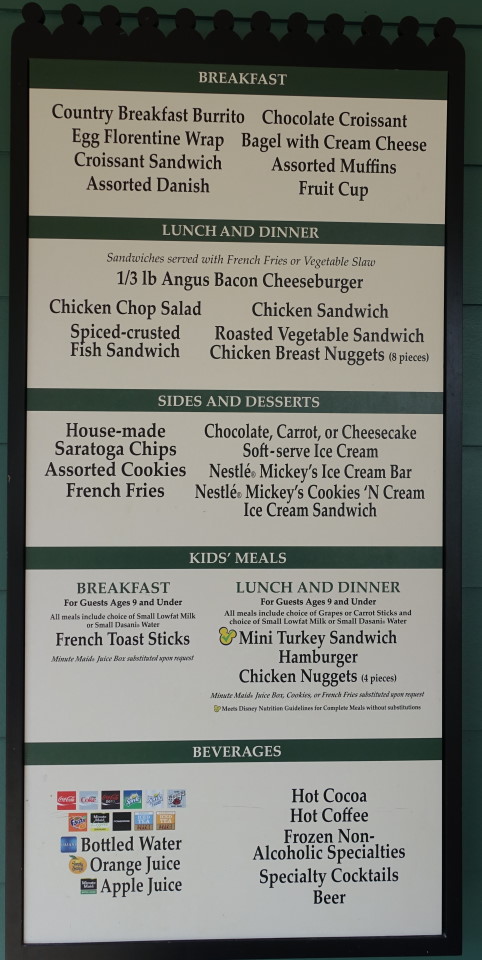 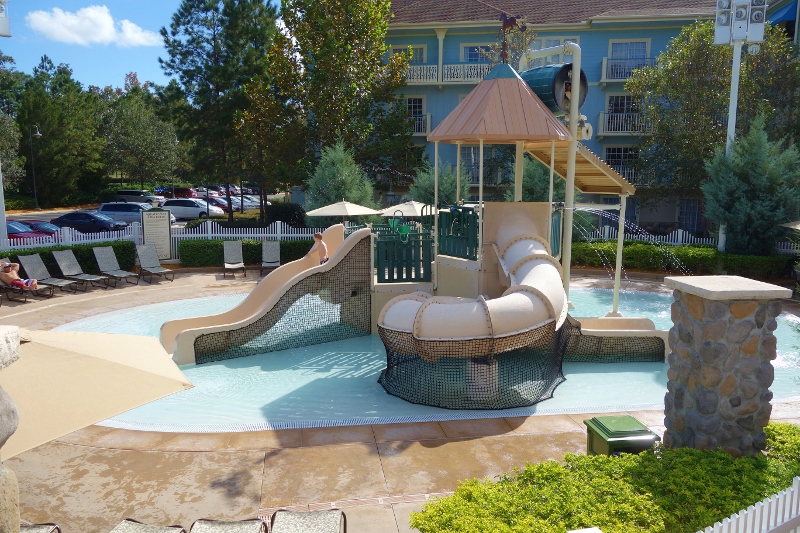 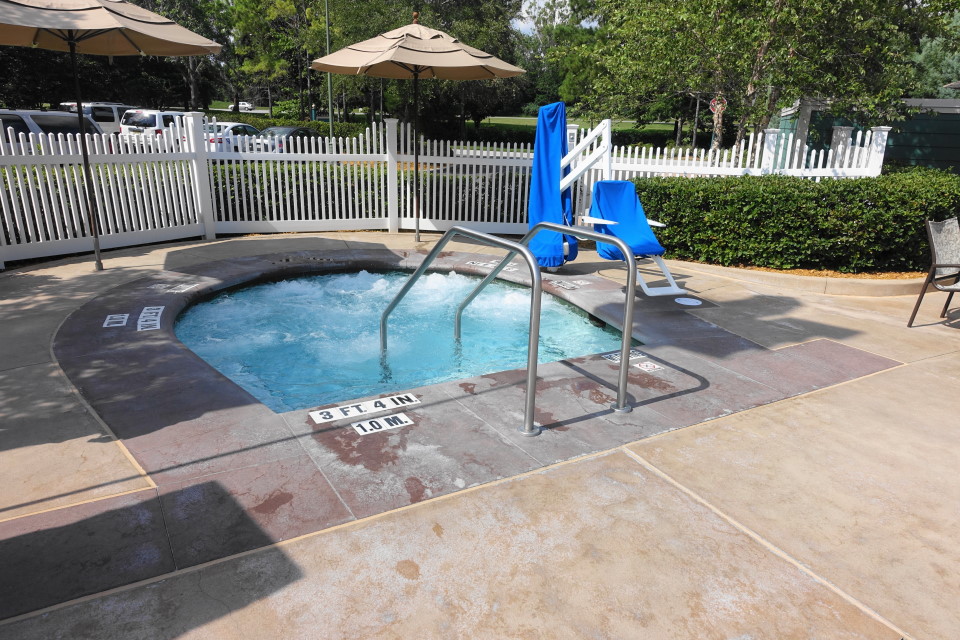 …and a hot tub. All in the Paddock pool has everything you’d typically find at a Disney World main pool, and better food service!

So that’s what you have a Saratoga Springs–two fine pools, one OK pool, and two pools that offer little but are near to some of the more distant rooms.